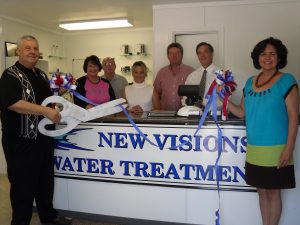 Family-owned and operated New Visions Water has a unique approach to customer service. To better manage installation and service calls, the company maintains a pictorial history of every client’s system, from installation to upgrades and repairs.

“We keep these photos in the customer’s hard copy file (as well as data files on our computer) so we can access visuals when working with a problem,” said owner Russel W. ‘Skip’ Inks. “We can often guide a customer over the phone using these photos as well as identify what equipment and parts to plan for on a service call.”

Inks and his wife, Merrilou are joined by sons Rusty and Brad to provide water treatment products and service to a large swath of the eastern Texas region. Their main focus is on the removal of iron and local tannins. 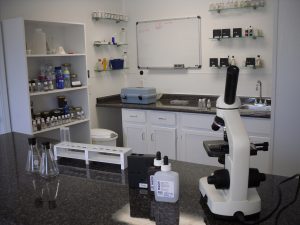 Initial formation
They became involved in the water treatment industry in the late 70s, when Inks found himself personally concerned about his own water. He spoke to a local water treatment company and was highly impressed with what the dealer had to say. Inks was so impressed, in fact, that he bought the company and changed the name to East Texas Water Treatment.

The company initially offered RO systems in the Tyler/Whitehouse area and continually moved forward. In 1986, Inks sold that business and concentrated on research, study and consulting in water treatment and filtration market. In 1989, he started his own company, New Visions Water Treatment, on the other side of town. Word of the new firm quickly spread and the company began to advertise more broadly, including a multitude of nearby counties and over half of the East Texas area.

“We were in retail softeners and RO, mostly residential,” Inks said. “Softener sales in this region can be tough due to an low average of two grains of hardness. But, the phones kept ringing anyway.” People were calling about the area’s biggest problem – iron!

“Customers with private wells brought us water samples which, when we tested them, showed 30+ ppm of iron,” noted Skip. “East Texas ground water can be soft, but there is a very good chance that the water will be full of iron.”

After finding the keys to solving iron problems for many customers who were either planning to ‘sell the farm’ or end up in divorce court, someone dubbed Inks ‘The Iron King’ and the name stuck.

A second challenge has crept into the area over the past few years. “It’s what I like to call the East Texas devil ground water tannins,” said Merrilou Inks. “We did much controlled testing with at least five different media and found that none worked on this local tannin.”

“The cure was complicated,” said Skip. “No one thing worked for all situations, and there were at least three different types of tannins that presented themselves. We thank Purolator for their media, which helped with a couple of situations. The final cure, when all else failed, was whole house reverse osmosis.” His successful resolution to the problem garnered another local honorific, the ‘Tannin King’. 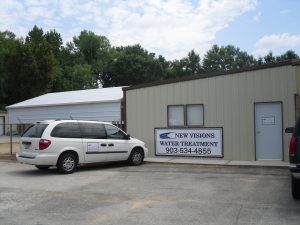 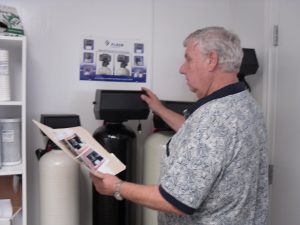 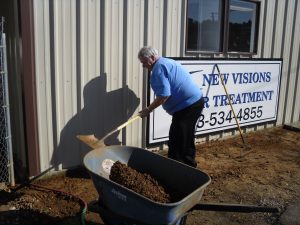 “We own our buildings and land, with room to expand. Our long-term plans are to grow what we already have: our installation and service business as well as our wholesale and retail sales. In the coming years, I see residential, commercial and industrial water treatment and conditioning becoming a large share of the gross national product. Water really is the new oil.” And that’s saying a lot coming from a Texan!

From an eager jump into water treatment with no prior training, the Inks family has learned much as the company can proudly claim many hundreds of well-satisfied customers.