There were a great many positives from the recent 2009 WQAAquatech USA show in suburban Chicago, IL despite the down economic period. While attendance and exhibitor numbers were lower, geographic spread and quality were a plus according to WQA Executive Director Peter Censky.

“Looking at the raw numbers does not tell the true story. It is hard to compare attendance at a March Chicago event to a similar event held last year in Las Vegas,” notes Censky. “When properly analyzed, however, we found a lot of positives for the association and the industry.” 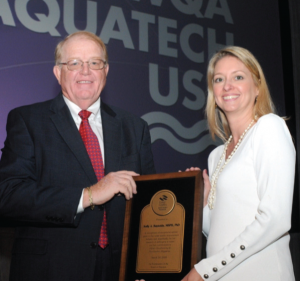 “We had significant attendance growth from the nine-state Great Lakes region that we target for this event,” adds Censky. “Our drive-in traffic was higher than previous years, particularly for the Thursday show date.

“While overall visitor attendance was down 22 percent–from 4,995 in Las Vegas last year to 3,565 this year, a net loss of 1,000 people–we had increased growth from the western and eastern US. And we generated more traffic from Europe than we did at the Las Vegas show.” 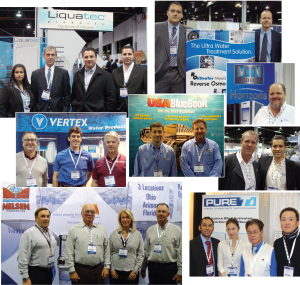 “We had drops in attendance from Asia and Canada, which were obviously travel and accommodation cost-based. And we had additional declines from the southeastern US,” adds Censky. “About 30 percent of the attendance decline directly relates to a decline from exhibitor attendance, as there were less booths and less people.”

“While the number of exhibitors was down 23 percent from our peak of the Las Vegas show–from 310 to 238–this was only 18 percent off the 291 exhibitors of our last show in Chicago,” adds Censky. “More importantly, a vast number of our exhibitors told us that decision-maker value and volume were equal to, if not up from, previous shows. 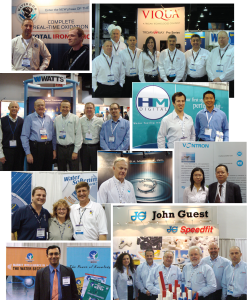 “What stood out most was the reported amount of positive time exhibitors had with customers on floor and the number of attendees reported to actually buy product. For the exhibitor, that is the bottom line.”

“We are very happy with the response we achieved. While I am always disappointed anytime we do not set record numbers, the results are much better than we had anticipated and observable from initial review of the numbers” says Censky. 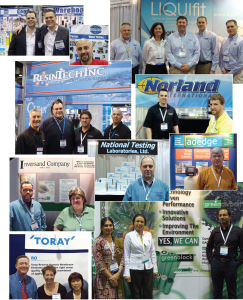 “Our initial estimates were for a 30-percent decline due to the economy and the response of other national shows. A great number of association shows have seen 50 to 60 percent drops in attendance and exhibitors; some have even cancelled the shows altogether.”

“We hope to retool and improve our on-floor education sessions, in order to make the floor more ‘sticky’ and get people to stay,” says Censky. “By giving people a short break, some education and a chair to sit on for a few minutes, attendees will stay refreshed and may stay longer, making exhibitors happier and generating a better show. 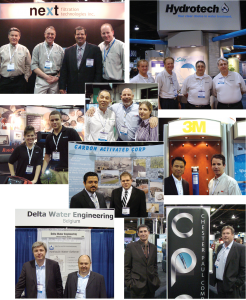 “We will also continue to diversify our attendance, getting more visitors and attendees from the industrial design and well drilling areas. We also generated more traction with the industrial elements of the show, which we hope will continue and be very positive for our future.”

A number of leadership awards were presented by WQA. Dr. Kelly A. Reynolds, MSPH, PhD at the University of Arizona in Tucson, AZ and a member of the WC&P Technical Review Committee, was this year’s recipient of the association’s Honorary Member Award. Additional recipients include:

Peter Waelti, CWS-I of Rainsoft of Denver in Thornton, CO

Mark your calendars for next year’s WQA Aquatech USA, to be held March 9-12, 2010 in Orlando, Florida.