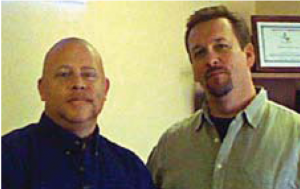 In a continued effort to meet customers’ water treatment needs, TexSon Water moved to a much larger facility. A grand opening celebration, to be announced soon, will include technical seminars. The new facility, located at 5405 Bandera Road, #128, San Antonio, TX 78238, added nearly twice the warehouse space of the company’s prior location, dock high loading, machined products and technical assistance. Telephone and fax numbers remain the same (210-587-3456 and 210-587-3478 respectively).

Dow Water Solutions announced the certification of its DOWEXTM TAN-1 anion resins by NSF International under NSF/ANSI Standard 61 – Drinking Water System Components. DOWEX resins can now be used for the removal of organics from surface water sources being targeted for potable water.

New Jersey based company, Smart Water Solutions, offers a bottleless water system which creates pure water through a company’s own water supply. The system uses a nine-stage (including RO) purification process that which eliminates contaminants and adds nutrients to water, offering consumers a safe and environmentally friendly way to fulfill their water needs while eliminating the need for plastic water bottles.

Teledyne Tekmar Company, designer and manufacturer of analytical instrumentation for the laboratory announced a sales partnership with SCI-CON, who will represent Tekmar instruments in their southeastern territory (Florida, Georgia, Mississippi and Alabama). SCI-CON, established in 1972, has over 35 years in analytical instrumentation business as manufacturer’s representative and dealer.

PGI honored by US EPA 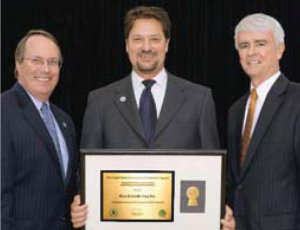 Pure & Gentle, Inc. (PGI) of Seguin, TX, was recently honored by US EPA with the agency’s highest award for environmental stewardship. President and CEO John Blount (pictured above, center) and wife Brenda went to Washington DC to personally receive the Champion Award late last fall. Nationwide, only 33 companies have received the award and PGI is the only such business in the Texas region to receive the designation. Blount has also written for WC&P in the past, detailing the impact of soft water systems on the environment. (See “Water Softeners Significantly Reduce Greenhouse Gases“ WC&P February 2007).

Five national organizations are joining forces in a historic partnership to further research into water efficiency in plumbing.  US EPA joined the groups to celebrate the collaboration with the signing of a memorandum of understanding (MOU). The organizations, with expertise in water efficiency and plumbing, will develop research programs to assist in the development and use of water efficient plumbing, covering efficient and sustainable products, systems and practices. The MOU formalized the agreement on conducting the research projects and took more than a year to negotiate. The participating groups are the Alliance for Water Efficiency; International Code Council; International Association of Plumbing and Mechanical Officials; Plumbing, Heating and Cooling Contractors Association and Plumbing Manufacturers Institute. 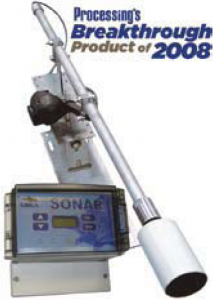 Processing Magazine presented Hawk Measurement with its 11th annual Breakthrough Products of the Year Award for the company’s ORCA Sonar Transducer. Hawk Measurement President Jack Evans said, “I am very excited that our Orca Sonar has been selected as a Product of the Year Recipient. Our Development Team has worked hard to bring to market a product to not just monitor but to also control the process. This is truly a breakthrough in improved sensing of interface levels and we are delighted with our customers’ reaction.”

Two leading organizations dedicated to the protection of the ground water resource, the National Ground Water Association (NGWA) and the Ground Water Protection Council, are holding their first-ever joint event April 19-23 in Tucson, Arizona. The 2009 Ground Water Summit and 2009 Ground Water Protection Council Spring Meeting offers attendees the opportunity to interact with colleagues from a wide variety of professional backgrounds, who all share the common interest of protecting this valuable resource. Adapting to Increasing Demands in a Changing Climate is this year’s theme of NGWA’s annual event. The conference will focus on the critical role of ground water in the context of a changing climate with regard to water resources, along with providing insights into the nature of the challenges, as well as the opportunities that may lie ahead. Those attending this joint event will learn about the latest in research, technology, and policy implications.

QuantumSphere, Inc., filed for a US patent on a water purification process that serves as a more energy-efficient alternative to commonly used desalination methods to help meet growing water needs around the world. The forward osmosis process uses certain organic solutions to separate water from salt water or polluted water in an osmotic purification process. The company has constructed a prototype system that can purify several gallons of water a day for demonstration purposes and intends to scale the process with large development partners to serve large-scale municipal drinking supplies. It intends to commercialize the technology to address the challenge of growing demand for potable water. According to Lux Research, global water needs are expected to grow 40 percent by 2030 and today’s stressed water resources and systems are unsustainable. Water cultivation systems are expected to see market growth from $522 billion (USD) in 2007 to nearly one trillion (USD) in 2020.

Manufacturing executives can take heart with the knowledge that math skills often critical for success for those working on the factory floor are on the rise among young people. According to the Trends in International Mathematics and Science (TIMSS) report released last month, fourth grade students in the US improved 11 points in math between 2003 and 2007 while eighth graders jumped 16 points since 1995. These students now rank in the top one-third compared to other countries. TIMMS is an international comparison that measures the mathematics and science knowledge and skills of fourth- and eighth graders.


A new study shows that swimming cuts men’s risk of dying by about 50 percent compared to runners, walkers and sedentary peers. The University of South Carolina study, led by Dr. Steven Blair, evaluated comprehensive physical exams and behavioral surveys from thousands of people who were enrolled in the Aerobics Center Longitudinal Study (ACLS) over the last 32 years. The study includes extensive medical and physical activity data on more than 40,000 men aged 20 to 90. Results were presented at the 2008 World Aquatic Health Conference in Colorado Springs, CO and have been published in the International Journal of Aquatic Education and Research.

The 2009 World Aquatic Health™ Conference (WAHC™), hosted by the National Swimming Pool Foundation®, will be held on October 28-30, immediately adjacent to and in partnership with the National Environmental Public Health Conference (NEPHC). The health conference is organized by the CDC’s National Center for Environmental Health, the Agency for Toxic Substances & Disease Registry (ATSDR) and the National Environmental Health Association (NEHA). Both conferences will be held at the Sheraton Atlanta Hotel in Atlanta, GA. NEPHC will explore new research and innovative practice in ecosystems and public health, healthy places and communities, public health and environmental exposures, sustainability and other emerging environmental health issues.

India’s pharma problem worse than US

When researchers analyzed vials of treated wastewater taken from a plant where about 90 Indian drug factories dump their residues, they were shocked to find the wastewater downstream from the Indian plants contained 150 times the highest levels detected in the US, according to The Associated Press. Enough of a single, powerful antibiotic was being spewed into one stream each day to treat every person in a city of 90,000. And it wasn’t just ciprofloxacin being detected. The supposedly cleaned water was a floating medicine cabinet — a soup of 21 different active pharmaceutical ingredients, used in generics for treatment of hypertension, heart disease, chronic liver ailments, depression, gonorrhea, ulcers and other ailments. Half of the drugs measured at the highest levels of pharmaceuticals ever detected in the environment, researchers say. Those Indian factories produce drugs for much of the world, including many Americans. The result: some of India’s poor are unwittingly consuming an array of chemicals that may be harmful, and could lead to the proliferation of drug-resistant bacteria.

Ondeo Industrial Solutions, a subsidiary of Suez Environment and Aqua-Tools signed a partnership contract for commercial development of kits measuring microbial activity by ATP-metry (Adenosine Triphosphate). The kits allow a fast quantification of microbial concentration in the water treatment installations and the possible implementation of preventive and corrective actions. The contract for commercial development entered into force 1st of October 1, 2008 for a period of three years, allowing the parties to join together their efforts in order to develop synergies at the European level.

Saudi Arabia’s Prince Al-Saud has discovered a way to use date stones to irrigate the desert, reported AHN. The nephew of King Abdullah, who is studying at Queen’s University Belfast, Northern Ireland, devised a method of using the carbon-rich seeds to purify wastewater and industrial effluent. Saudi Arabia is one of the biggest date producers in the world – 21 million trees produce more than 800,000 tons a year. Currently, the inch-long seeds, which are removed before dates are sold, are disposed of in the desert or burned in fires. Using the prince’s method, however, they could be processed to make activated carbon, a substance that can be used to remove pollutants from air and water.

Former Health and Human Services (HHS) Secretary Mike Leavitt, Assistant Secretary for Health Admiral Joxel García and HHS Food and Drug Administration (FDA) Commissioner Andrew von Eschenbach, M.D., were on hand last month to mark the opening of the Costa Rica HHS/FDA office to serve Latin America. This completed another step in former US President Bush’s Action Plan on Import Safety. The countries of Latin America are key trade partners for the US and the HHS/FDA presence in the region will allow the countries to work closely together. The office in Costa Rica is the first in a series in the region, which will eventually include an HHS/FDA presence in South America and México later in 2009.

More awards for Rohm and Haas

Business Wire announced Rohm and Haas SA received two prestigious awards from the American Chamber of Commerce at a function held in Johannesburg, South Africa recently. The company was honored with the prestigious Star of Africa Award in the community development category, as well as the overall 2008 Star of the Stars Award. Rohm and Haas, South Africa has just over 60 employees, provides financial support to various community projects, including Heifer International’s training program with the Sukuma Farmers Association. The company is determined to make a difference in South Africa by reaching out to communities beyond the plant’s immediate environment. This is the second time Rohm and Haas, in partnership with Heifer International, has won the Star of Africa Award.