Toray Industries and China National BlueStar, a subsidiary of China National Chemical Corporation, have agreed to establish a water treatment joint venture, Toray Blue Star Membrane Co., Ltd in Beijing. It will be established in May 2009 with 35 million (USD) capital (approximately 3.5 billion yen) and engage in production, sales, import and export of water treatment membrane products. Toray estimates this market to reach 500 million (USD), or 50 billion yen, in five years and aims to capture a 30 percent share of that market.?

Trojan Technologies garnered Outstanding Water Disinfection Equipment Brand honors in the annual independent Outstanding Equipment Survey conducted by China Water Net. Of 21 measuring indexes for the survey, Trojan scored in the top three spots for each category. S
Purolite Corporation recently received ISO 9001:2000 certification for its manufacturing plant in Philadelphia, as well as its corporate offices in Bala Cynwyd, PA.  The company has ISO 9000:2001 certified sales offices in more than 30 countries, as well as manufacturing and R&D facilities in the US, China and Romania.?

Purolite Corporation recently received ISO 9001:2000 certification for its manufacturing plant in Philadelphia, as well as its corporate offices in Bala Cynwyd, PA.  The company has ISO 9000:2001 certified sales offices in more than 30 countries, as well as manufacturing and R&D facilities in the US, China and Romania.?

Pentair Inc. cut its fourth-quarter and full-year adjusted earnings projections, due in part to volume declines in its technical products unit as well as certain industrial, commercial and residential water businesses. The company said it would cut 1,600 jobs (or more than 10 percent of its work force). By the end of 2009, the company is closing 15 facilities when compared to year-end 2007, responding to global economic conditions by accelerating restructuring actions, instituting a freeze on hiring and annual salary increases, aggressively reducing indirect costs and adjusting capital expenditure levels.
Pentair recently approved an increase in the company’s quarterly cash dividend of one cent per share, effective with the quarterly dividend payable in the first quarter of 2009. The new quarterly cash dividend rate ($0.18 cents per share as compared to the previous rate of $0.17 per share) represents a six percent increase. 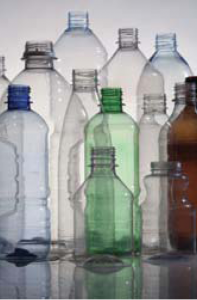 The National Ground Water Association’s (NGWA) 2008 Ground Water Expo and Annual Meeting in Las Vegas, NV recorded the third highest number of registered contractors and the second highest number of suppliers in the event’s 59-year history. There were 1,333 registered manufacturers, 2,693 contractors and 767 suppliers. A 62-percent increase in engineer/scientist registrants (453) was also noted. Attendees numbered 5,425, among the largest ever. Only seven times has total attendance exceeded 5,000—five of those times since 2000. The organization’s next event, 2009 National Ground Water Awareness Week, will be March 8-14.

Activated Carbon Services (ACS) and Professional Analytical and Consulting Services (PACS) Corporation will celebrate its 25th anniversary this year. PACS has sixty short courses designed for scientists and engineers and provides public and on-site, one- to three-day courses. Positions are available for instructors and consultants at PACS.
A new technology from PACS to clean used activated carbons needs participants and partners. Participants should be GAC users who provide water purification. The role is a three-step interaction with PACS. Partners should be providers of products and services for the drinking water market interested in new product commercialization. Contact PACS President, Henry Nowicki, Ph.D. at Henry@pacslabs.com for more information. 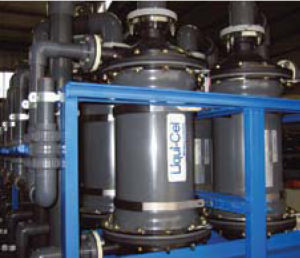 Membrana’s first-full scale aquifer storage and recovery (ASR) deoxygenation trial using Liqui-Cel® membrane contactors was commissioned in Bradenton, FL last December. The arsenic content in the recovered water is often higher than the US EPA threshold of 10 ppb. The goal of the project is to determine if removal of dissolved oxygen helps control arsenic mobilization. 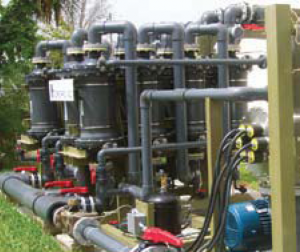 The company’s membrane contactors have also been selected as the degasification technology at the largest organic light-emitting diode (OLED) plant in South Korea. Bumhan designed and is building the deoxygenation system that utilizes 14 x 28 and 10 x 28 membrane contactors. The system will process 260 m3/hour (1,145 gpm) of water and will reduce dissolved O2 levels from 8,550 ppb down to less than two ppb.

WQA’s expansion of the Gold Seal Program is expected to include the opening of offices in India and China (Bangalore and Shanghai, respectively) during the first quarter of 2009. These offices will be responsible for introduction of the program throughout both countries; promoting WQA membership, conducting Gold Seal factory audits, policing WQA membership and Gold Seal registered logos and attending task force meetings.

Santa Clarita Valley, CA voters approved a measure in Nov. 2008 requiring homeowners to remove any automatic water softeners this year. The local sanitation district supported the anti-softener campaign, claiming it would allow them to avid an expensive upgrade of the wastewater treatment plant to remove salts.
WQA is soliciting final proposals for an independent research firm to show the effects of hardness on major appliances and clothing. The project will use the same approach as a study conducted 30 years ago by New Mexico State University. This will allow comparative analysis to be developed.

National Water Research Institute opened nominations for its 2009 Athalie Richardson Irvine Clarke Prize. The Clarke Prize, established in 1993, awards outstanding individuals who significantly contribute toward the discovery, development, improvement and/or understanding of the issues associated with water quality, quantity, technology or public policy. One of only a dozen prizes that rewards scholarly and practical achievements in water research, the prize includes a medallion and $50,000 (USD). The International Congress of Distinguished Awards designated it as one of the most prestigious in the world. Nominations are due by March. Visit www.nwri-usa.org/nominations.htm for more information.

The company has established the Dow Only Representative Trustee (ORT) to leverage the European Union’s Registration, Evaluation and Authorization of Chemicals (REACH) registrations and reduce costs along its supply chains. The regulation stipulates that companies manage the risks of all chemical substances and preparations they produce, import, process, use and/or distribute in the EU in quantities greater than one ton per year. With the ORT solution, Dow would enable its selected direct non-EU customers and indirect EU customers (importers) to avoid excessive REACH compliance costs. 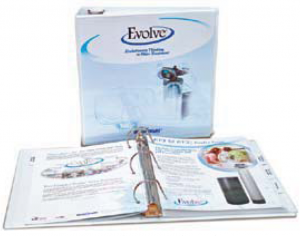 Water-Right introduced its new Evolve Professional Level Dealer Program, offering participating dealers many of the benefits served up by traditional franchise and company-sponsored programs. It provides for the sale of an exclusive product line of residential water treatment products that can be tailored to meet the needs of both rural well and municipal water applications, all within an assigned, authorized territory. The program is designed to provide the support mechanisms necessary to ensure success in the ever-changing water treatment industry, from offering highly flexible co-op advertising and long-term financing to ease the strain of building a strong rental base, to an array of sales and marketing training.

The National Swimming Pool Foundation® has been approved as an Authorized Provider by the International Association for Continuing Education and Training (IACET).
Effective immediately, individuals who enroll in the two-day Certified Pool/Spa Operator® Certification training course, Pool Operator Primer™ Pool Operator Fusion™ and the World Aquatic Health™ Conference on-line seminars will be eligible for CEUs. There are plans to provide CEUs for all NSPF educational products by the close of 2009.

A National Academy of Sciences’ National Research Council committee has selected members to participate in a US EPA-sponsored study assessing water reuse as a means of meeting future water supply needs. The study will examine the potential for water reclamation and reuse of municipal wastewater to expand and enhance our nation’s water supply alternatives. It will assess the technology, risks, costs, research needs and barriers to implementation.  A report is expected in mid-2010. Agencies interested in supporting the study should contact Stephanie Johnson at the National Research Council at (202) 334-3385 or sjohnson@nas.edu.

Analysis of a study of water from nine selected rivers by the US Geological Survey (USGS) found low levels of certain man-made chemicals remain in public water supplies after being treated in selected community water facilities. Scientists tested water samples for about 260 commonly used chemicals, including pesticides, solvents, gasoline hydrocarbons, personal care and household-use products, DBPs and manufacturing additives. About 130 were detected in streams and rivers before treatment at public water facilities. This study did not look at pharmaceuticals or hormones.

US EPA ordered 11 public potable water systems throughout California to reduce arsenic levels in their drinking water systems or face daily fines of up to $32,500 (USD) for each violation. The order required system owners to develop and meet a schedule to comply with the Safe Drinking Water Act’s 10 ppb standard. It affected systems in Fresno, Kern, Kings, Nevada and Sonoma counties.

Siemens Water Technologies has been awarded the sole license for the global manufacture and supply of the entire range of products, service and replacement parts for ITT Corporation’s Portacel product line. ITT will no longer manufacture and sell the products and spares. The licensing agreement includes the supply of products as well as aftermarket support of monitoring and dosing equipment for disinfection of potable water and in particular, of vacuum dosing of gaseous and liquid chlorine. The agreement will allow Siemens to broaden its scope of chemical feed and disinfection support worldwide.

NSF recently certified European bottled water company Jana, Inc. (dba Jamnica d.d.) of Croatia, a first in the Balkans. Jana’s bottling facility is located in Gorica Svetojanska, where water is bottled at the source at an underground depth of 2,500 feet (762 meters). NSF auditors conducted a rigorous facility audit and verified compliance with EU directives, US Food and Drug Administration regulations and NSF requirements.

Water Expo China, held last November in Bejing, realized a 50-percent increase in participation over the previous years. Israeli and Japanese pavilions proved a popular visitor draw. The event attracted 200 exhibitors from 18 countries, with a record number of 8,147 visitors from 26 countries and regions. Of these 7,935 were domestic and 212 international.

UPS opened a new international hub in Shanghai in December, built to a unique design that facilitates rapid handling. The center, with a package sorting capacity of 17,000 pieces per hour, will improve access to China and speed the movement of express packages and heavy freight around the world. Strategically located at the Pudong International Airport in the heart of the Yangtze River Delta area, it features the largest on-site 24/7 customs inspection area in Shanghai and is the key gateway linking China to UPS’s global network.

The US water industry joined the US Trade and Development Agency, US EPA and the US Foreign Commercial Service (FCS) in China to support the US-China Strategic Economic Dialogue (SED) Ten-Year Framework on Energy and Environment. The collaboration establishes a public-private partnership (eco-partnership) to mobilize private sector expertise and resources to address water quality issues in China. The Water Environment Federation (WEF), the Water & Wastewater Equipment Manufacturers Association (WWEMA) and the WateReuse Association will work with these agencies and Chinese counterparts to address prior water needs. China will identify priority projects for joint cooperation.