Watts Water Technologies, Inc. announced cost-cutting initiatives in October that will be in effect for the first nine months of 2009. CEO Patrick O’Keefe said, “Given the current state of the economy and the expected continued slowdown in our residential and commercial businesses, we are implementing a number of programs to improve our cost leverage. During the fourth quarter, we intend to undertake a reduction in workforce in North America affecting all levels of the organization. Also, effective immediately, all North American salaries will be frozen for at least the first nine months of 2009.” The company’s stock repurchase program was also temporarily halted. ?

R.O. UltraTec USA, Inc. officially announced the newest addition to its family of companies, R.O. UltraTec Europe, Ltd. at the 2008 Aquatech exhibition in Amsterdam. The company is strategically located for ease of stocking and shipping customer orders within Europe and surrounding countries. ?

Pentair, Inc. recently declared a regular quarterly cash dividend of 17 cents per share payable November 7 to shareholders of record at the close of business on October 24. This will be the Company’s 131st consecutive cash dividend.?

WQA followed up its 2004 survey of consumers with the 2008 National Consumer Water Quality Research Summary. Some key findings indicate consumers are paying more attention to the materials they are receiving from the municipality and that they believe the responsibility for safe drinking water is a public/private partnership. There is an increasing perception that tap water is about the same as bottled water (44 percent) but more consumers report having a filtration device in their home. For more information about the full study, email [email protected] or call (630) 505-0160.

US EPA conducted extensive review of scientific data related to the health effects of perchlorate exposure from drinking water and other sources. It found that in more than 99 percent of public drinking water systems, perchlorate was not at levels of public health concern. Based on Safe Water Drinking Act criteria, the agency determined there is not a “meaningful opportunity for health risk reduction” through a national drinking water regulation. US EPA is seeking comment on its preliminary determination and will make a final determination after considering information provided during a 30-day public comment period.

The American Water Works Association (AWWA) recently published its fifth review of the industry. The 2008 State of the Industry Report represents an annual checkup for the water industry, with more than 1,800 leaders assessing the overall health of the industry and identifying key challenges. For the first time, source water supply and protection was the most frequently mentioned area of concern for both the short and long term. The full report was published in the October issue of Journal AWWA.

ITT Corporation announced a strategic partnership with Mercy Corps as part of its corporate philanthropy program, ITT Watermark. The partnership includes a three-year, $1 million (USD) commitment to help provide safe water during emergencies created by natural catastrophes such as floods, droughts and earthquakes. ITT’s announcement was made from the Water Environment Federation’s annual conference in Chicago.

The Board of Directors of Pall Corporation declared a dividend of $0.13 (USD) per share payable on November 12 to shareholders of record as of October 30. Pall increased its dividend in March from $0.12 to the current $0.13 per share. The Board also authorized $350 million for share repurchases with no expiration date. This is in addition to the approximately $149 million remaining from prior authorizations following on the purchase by the Company of approximately 1.6 million shares so far this fiscal year.

Seal-It, Inc.was selected as a 2008 Golden Cylinder Award winner in the packaging category for its AgroLabs shrink labels. The award is given by the Gravure Association of America for the best examples of rotogravure printing for the year. The label, made from Earthfirst® PLA shrink film, is the first commercially available full-body shrink label made from PLA in the nutraceutical beverage category, with labels printed rotogravure in eight and nine colors. PLA film is compostable and has an extraordinary shrink factor, so it will shrink to the contours of the uniquely shaped glass bottle, providing a high gloss, premium look that meets the customer’s needs for an environmentally friendly package.

ABB opened its North American Drives Service hub in Berlin, WI to support ABB drive customers throughout the US and Canada. The location is one of the company’s nine global hubs and will provide support for low voltage and medium voltage products.

Nearly 1,200 participants from 42 states, the District of Columbia and 17 foreign nations attended the inaugural WaterSmart Innovations Conference and Exposition in Las Vegas, NV. The conference offered 150 professional sessions in a variety of tracks as well as an expo hall featuring nearly 140 exhibitors. Adding their support to the conference were the Alliance for Water Efficiency, California Urban Water Conservation Council, the California-Nevada Section of the American Water Works Association, Irrigation Association, American Society of Irrigation Consultants, Audubon International, International Association of Plumbing and Mechanical Officials and International Center for Water Technology. Next year’s conference will be held October 7-9, 2009 in Las Vegas. The deadline for submitting abstracts is January 30, 2009.

Siemens Water Technologies’ Forty-X disc filter is now compliant with the State of California Water Recycling Criteria (Title 22). As a result, the disc filter is an accepted filtration technology for projects that require Title 22 certification. More and more territories and countries are beginning to adopt Title 22 as an industry standard.

Aqua-Chem, Inc., has acquired the product lines and certain other assets of Matrix Utilities, Inc., a provider of RO desalination systems for marine and land-based applications. Altus Capital Partners, Aqua-Chem’s largest investor, advised on the transaction. Terms of the transaction were not disclosed. 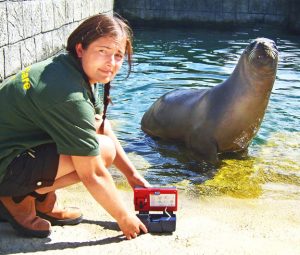 Palintest’s ChloroSense digital chlorine analyzer has been deployed at the National Seal Sanctuary in Cornwall, UK to monitor the aquatic environment. The device will benefit the inhabitants, South American sea lions Rocky and Boady, by allowing staff to easily monitor the pool’s chlorine drip system, used to keep the water clear of bacteria and algae. After a two-week trial, Sanctuary staff praised the new technology’s ease of use, clarity, accuracy and PC compatibility.

The Natural Hydration Council, formed by the three leading UK bottled water companies (Danone Water Ltd., Highland Spring Ltd. and Nestle Waters UK Ltd.) was launched in September. Its mission will be to provide authoritative information and advice for researchers, government, the industry, media and public about the economic and social value and impact of bottled water. The Council will have an office based in London.

Specialty chemical manufacturer LANXESS has developed an innovative hybrid absorber, FO376, consisting of a polymeric anion exchange resin and an iron oxide with a goethite structure that can selectively adsorb arsenic. Though designed primarily for adsorbing arsenic, the product can also be used for adsorbing other trace impurities.

Pesticide and ozone a problematic couple

New research in Environmental Science & Technology showed that a pesticide widely used in Germany degrades into a precursor of a carcinogenic nitrosamine during ozonation treatment. A breakdown product known as N,N-dimethylsufamide (DMS) becomes N-nitrosodimethylamine (NDMA) during the ozonation process. Only DMS was transformed at a high enough rate to be a sole source of the toxic byproduct and only one product one the market, the fungicide tolylfluanide, seemed to produce the levels that led to high NDMA concentrations found posstreatment. Hundreds of tons of the fungicide were used in Germany in 2006.

Using state-of-the-art pumps and pressure exchange technology, an isobaric energy recovery system started in July in the Pembroke desal plant on Malta has resulted in energy reduction of about 35 percent. The plant produces more than 40,000 cubic meters of desalinated per day and is an important drinking water supplier for inhabitants and tourists.