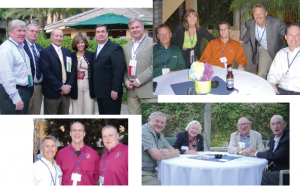 Over 300 people were in attendance at the 51st Annual PWQA Convention and Western States Trade Show at the Sheraton Park Hotel at the Anaheim Resort October 14-17, 2008. A series of social and celebratory events was held, including a PAC fund-raising effort which drew in about $11,000 for continued lobbying efforts on brine discharge.

A golf fundraiser was also held at the River View Golf Course. The winning team of Jim and Brian Good, Mike Conte and John Miller scored a tremendous 18 under par. 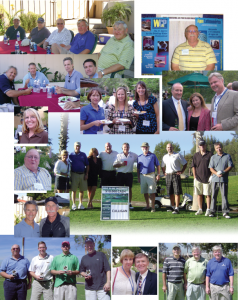 WQA certification exams and an update on the salinity issue were also conducted. And over 45 vendors participated in the industry trade show. 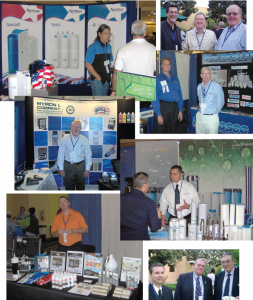 Special Service Awards are the means by which PWQA thanks member firms or individuals who have gone the extra mile to help the association reach the year’s goals. All were related to efforts to secure a veto on AB2270 and were honored at the Annual Banquet.

The Marino Pomares Award for excellence in public relations on behalf of PWQA was given to David Loveday, Government Affairs Vice President of WQA. Mark Felton of Culligan Water Conditioning, a past PWQA President, was named Man of the Year for his leadership and support to the entire industry in Sacramento, helping legislators and their aides understand how a water softener actually worked. 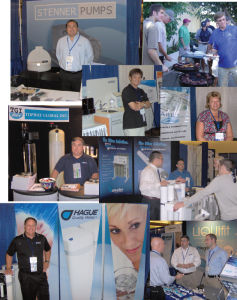 Mark Dorman of B & D Quality Water was selected for the Sidney Solomon Award for government affairs, in reaching out and educating local officials on modern water softeners and creating a dialogue with the agricultural community. Assemblyman Doug LaMalfa was selected to receive the first Legislator of the Year Award for his significant assistance in Sacramento with his peers.

PWQA Legislative Days in Sacramento are set for February 24-25. And the 52nd Annual Convention and Western States Trade Show will be October 12-16, at the Riviera Resort and Spa in Palm Springs, CA.

Happy Birthday to Us!

Legally Safe and Totally Safe are Two Different Addresses— Where Do You Want to Live?