A Family Legacy under the Big Sky 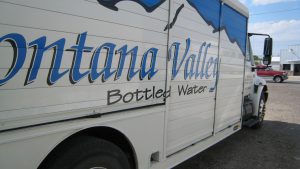 One could say that Jon Rutt must have had a life-long passion for water treatment, given that he has dedicated the last 34 years of his life to it. In actuality, the true story of his entry into the industry began many years ago during a rather sad time in his life. Jon’s father, Don Rutt, purchased the Culligan dealership in Laurel in 1973 after working for 16 years at the Billings dealership. Jon joined him, regenerating portable exchange tanks after school and on the weekends. In 1977, Don died suddenly, leaving twenty-year old Jon to quickly learn all there was to do in the office and in the field.

Family friends helped Jon and his mother, Colleen, struggle along until the business was sold in 1979, seven days before Jon married. He worked for the new owner for a year before going to work as a serviceman/installer for the same Billings company his father had joined 22 years earlier. 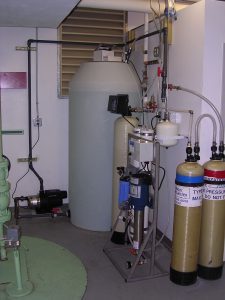 Jon and his wife Nancy purchased the original Laurel family business in 1981, when neither was yet 25 years old. By then he was a well-trained water treatment professional; she had extensive business skills, specializing in route and delivery scheduling, developed during her years as a UPS employee. Both had the drive to succeed.

The schedule developed those first few years was random, to say the least. Jon opened the office from 7-9 a.m. and then closed it while he handled installs, service work and deliveries the rest of the day. Nancy reopened the office from 4-6 p.m. to handle the administrative details after her full day at UPS. Their schedule changed over the years as new employees were hired and service technicians were trained. These days the office is open five days a week from 8-4:30 p.m. 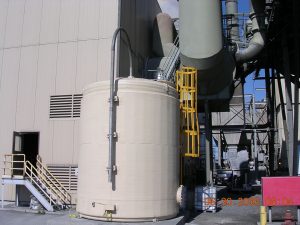 One of the major challenges the Rutts faced as the company grew and expanded was space, or the lack thereof. The original building Don purchased in 1973 served as the business office and the family home until 1978 (it’s now a plant for bottling water and regenerating DI tanks). In the summer of 2007, the company underwent major changes, adding 1,500 square feet to the main office and remodeling/updating all the property.

Twenty-seven years later, after becoming an independent dealer in 1994, Rutts, Inc., has risen to be one of the largest water treatment/bottled water businesses in the region. Jon and Nancy, in the office five days a week (at least!) know almost every customer by name.

Rutts, Inc. Water Specialties primarily serves south-central Montana. It specializes in treating well water, producing bottled water, selling and servicing many whole-house, commercial and industrial RO units, and building water plants for small communities and subdivisions. Rental units are at the core of the business, with thousands in the Billings area alone. 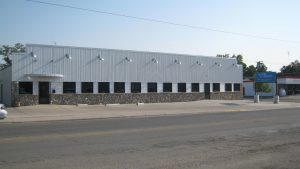 Maintaining a highly trained staff has been pivotal to the company’s continuing success. Jon, the company’s General Manager, is a WQA Certified Water Specialist with endorsements in RO, deionization, filtration and UF.  He holds the distinction of being the top in his class at Culligan’s Commercial-Industrial Systems Master Service School as a Master Service Technician and is a Class 4 Water Treatment Plant Operator for the state of Montana.

Each of the owners’ three children has been employed by the business at some time over the past ten years. In addition to the children, numerous nephews, brothers, brothers-in-law and even Nancy’s mom, Gloria, have helped out in the office and in the field. 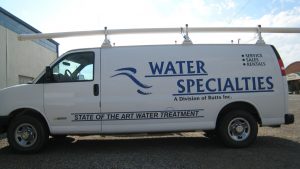 The two younger Rutt children, Betsy and Dan, are current employees. Dan works full-time in the service and delivery department and Betsy works part-time in administration. The efforts and loyalty of long-time employees and a supportive family have helped company morale and the success of the business.

According to Jon, problem water is on the rise, due in part to homes being built in locations with poor water quality. Hydrogen sulfide, iron, sulfates and TDS all contribute to a changing customer base. As a result, water softeners and RO units remain very popular. The company philosophy, “The product is only as good as the service behind it,” remains unchanged. 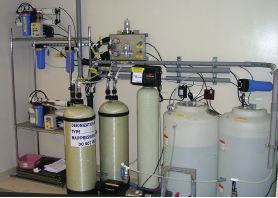 “If you have hard water, water contamination, objectionable taste, odor, or staining, don’t hesitate to give us a call,” says Jon.  “A friendly, and knowledgeable staff member is always available to go out in the field. Your water will be analyzed and you will receive recommendations as to what will best correct the situation. We specialize in providing equipment and service that will solve your problem, not empty your wallet.”

The Rutts plan to continue solving water problems for old and new customers and, in the not-too-distant future, open satellite offices, strengthening their customer service across the state. To overcome and reduce the challenges associated with small business, they plan to expand employee responsibilities.

The company will remain on the cutting edge of the market by seeking new ways to reduce waste and ‘go green’. “I see grey water re-use, sustainability and rain water harvest as the future of water treatment,” said Jon. “I fear our industry will soon come under attack for water waste, lack of sustainability and the California water softener ban will become a nation-wide issue. The industry as a whole will need to change and create a more eco-friendly approach to water treatment and bottled water as a result.”

With goals set for the future and years of hard work, determination, and experience, Jon and Nancy Rutt will have surely left a legacy of quality service and product in their area when their time is done. Water treatment may have not started as a passion, but it has grown to be a lifestyle and a calling for Jon Rutt and his staff at Water Specialties.