Pumping Pure Water in the Philippines 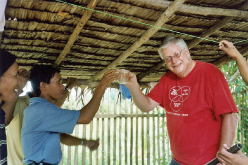 Residents with Berle Taylor toasting a glass of clean water from the first well they drilled in the Philippines.

The year was 1995. Our son Eddie had returned six months earlier from a youth mission trip to the island of Mindanao, in the city of Butuan in the Philippines. One day he exclaimed, “Dad, I think she is the one!”

“Who is the one?” I asked. He replied that it was Imelda—a girl he had met and worked with on the trip.

He did marry her and my wife and I went back to the Philippines with Eddie and Imelda to meet her family. While walking down the main street of Butuan, I noticed a canal about 20 feet wide on each side of the main street and it was filled with stagnant water and human feces and the stench was overwhelming. People would walk by as if it didn’t exist.

I said to myself, “I am going to do something about that!” The only problem was…I didn’t know what I was going to do about it. Although I do have a degree in religious education, that doesn’t have too much to do with clean drinking water.

We returned home but the memories of those canals wouldn’t leave me! I thought about it but not being an engineer, I was getting more distraught with each day.

Thinking back
The first house our family built was in a suburb of Denver, CO. We had electricity and heat but no running water, so it was my job to walk to the neighbor’s house and bring home a bucket of water. This meant extra trips for mom’s Monday morning weekly clothes washing. We also had the proverbial ‘one-holer’ toilet, so I remember clearly some of the odors that emanated from it if it was not maintained properly.

Dad attempted to drill a well with his old 1936 Plymouth four-door sedan as a power source, with a rope attached to the front bumper, going over a pulley on a tripod and down to a posthole digger that was turned with a pipe wrench. Slow but sure, we eventually had a well drilled. It is 92 feet deep and continues to produce cold, hard water. We developed a solution that is still in working order today.

Jumping ahead
But in 1995, after months of trying to decide what to do, a friend asked me if I had heard of an organization called Lifewater International. I had not heard of them, so I made a call.

I talked at length with Bill Ashe, Founder and then Director. He informed me that it is their mission to go into third-world countries and teach the rural poor how to drill wells to obtain clean water.

He also reiterated that a child dies every eight seconds from a water-related disease as a result of drinking impure water. I became excited about the possibilities of drilling another well in another part of the world.

Eddie and I attended the next Lifewater International annual conference in Pasadena, CA. Three years later, Lifewater had raised the funds for a drilling rig and I had attended classes to learn well drilling and pump repair. So with our team leader, John Nadolski, we were on our way to Butuan, Philippines. 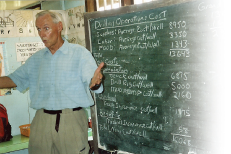 Back to the Philippines
Arriving at the Butuan airport, we met the Atillo family. Cesar, the eldest son and a local pastor, was appointed team leader for developing a family well. We soon had a working team of about five young men.

The first day, we held classes telling them where the best places were to find water. We walked up a small mountain and followed the path of the river below to see where the trees grow. We also taught them the mechanics of operating an LS100 mud rotary drilling rig that is designed to drill to 100-foot depths.

After the first day, we instructed them to be on the job at 8:00 a.m. the next day. They were there working at 6:00 a.m. to drill their first well!

By the end of the second day, we had drilled 60 feet and had hit a good vein of water. We then clarified the well for about 24 hours, cased it and did a nitrite/nitrate test that showed we had pure water. We installed a hand pump on the well. Pumping as hard and fast as I could into a five-gallon pail, I produced about seven gallons of water per minute.

The family was ecstatic! They wouldn’t have to stand in line anymore, sometimes for hours, to get a bucket of (maybe) clean water.

Expanding our scope
We took a survey of 30 homes in the neighborhood, giving them the same nitrite/nitrate test. Eighty percent of them failed. The team drilled three more wells in that two-week period. They were learning teamwork. The team has now drilled 36 wells and we are justifiably proud of them!

We set up another team in 2008 with Julius—another brother of the Atillo family—as the team leader. Three more young men have expressed a desire to learn how to drill a well, which is a good start.

Since the new team leader will not have the same resources that his brother Cesar possesses as a local pastor, we will show him different ways of soliciting business and assistance ‘cold turkey’. We also plan to purchase a truck to transport the drilling rig and equipment from one drill site to the next.

The next step will be to attempt to train them that the truck can only be used for business purposes. I have a feeling that the learning curve will be greater for us than for them!

As our efforts become better known, I believe that progress will take care of itself. As of this date we have seven people that have expressed a desire to work with us.

Freshwater Ministries
Since this evolutionary process has started, we have come up with a name for our program—Fresh Water Ministries, Inc. We have obtained 501(c)3 tax-exempt status and as we operate on a pay-as-you-go basis, contributions are welcome.

Going forward, some new ground rules are in place for operations and volunteers.

It takes only one time for someone to come up to you while you are drilling a well and want to know why you are there. The person usually has a bucket in their hand and an expectant look on their face.

If there is any way I can get them a bucket of clean water, I will do it. 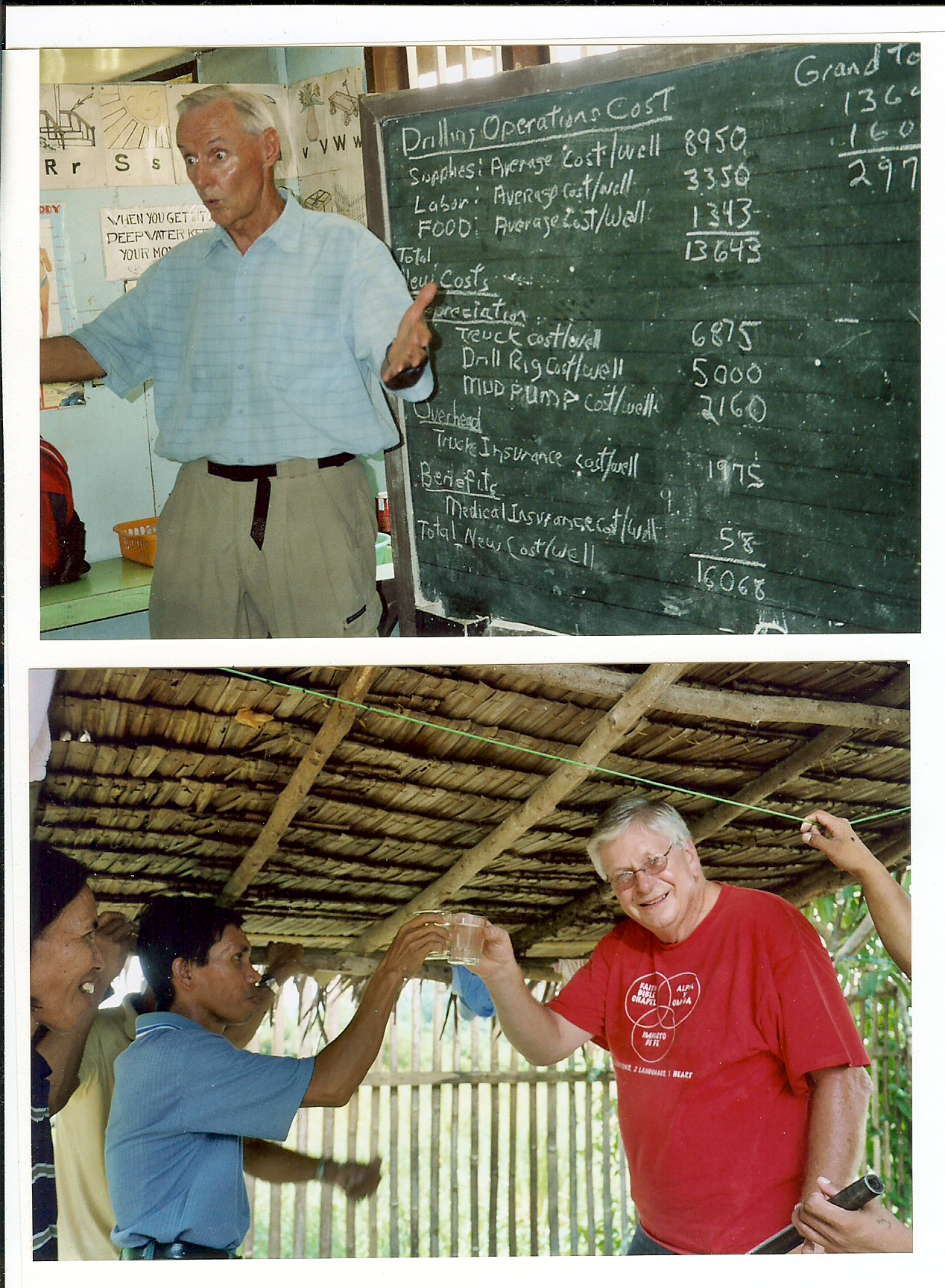