The Use of UV technology to Control Legionella in Water Features 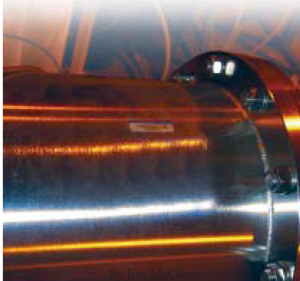 The use of UV light has now become standard practice in most industrial and municipal water treatment process. The technique has recently been extended to the effective treatment of emerging [chlorine resistant] species such as Cryptosporidium and Giardia, and also for the de-chloramination of pool and spa and splash pad water. This article discusses the use of UV light as an effective barrier against Legionella Pneumophila, and highlights a number of successful applications in indoor and outdoor water systems and features. As the use of water as a feature grows, so measures need to be taken to ensure these innovative attractions are not the source of illness or even fatality.

UV History
Ultra violet light was discovered in 1801. It took over 100 years to develop lamps and power supplies to allow the application of the technology on an industrial scale, and a drinking water plant treating 0.2MGD of potable water briefly used UV light in Marseilles, France in 1910. The general application of chlorine to drinking water after World War 1 led to UV only being used in a municipal application where chlorine could not be used.

UV light was routinely used to address vitamin deficiencies caused by poor diets during the war years in Europe, and in 1937 the directors of Sherwood Colliery, Mansfield, England installed a “Light Corridor” that miners would walk down after showering and before dressing, as a means of providing artificial sunlight to those working underground as a means of overcoming vitamin deficiencies.

UV light was successfully used for medical and therapeutic applications from the 1940’s until the mid 1980’s, when clinical drugs became widely available OTC and were able to address root causes, rather than merely dealing with a symptom. 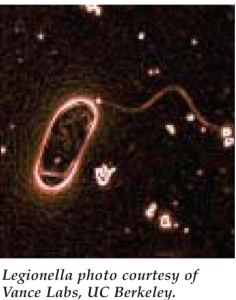 Industrially the use of UV light developed well, and a number of process users of water such as breweries and pharmaceutical plants adopted UV as a means of extending sub micron filter runs, or preventing spoilage. In many industries, UV was the only available means of ensuring the water was free from harmful organisms, such as fish farms, crab grow outs or for shell fish depuration. Early UV systems lacked meaningful UV monitors, optical fouling was not easy to remove, and high prices meant the technology did not gain widespread acceptance until the 1970s.

By 1994, the technology was being successfully applied to de-chloraminate swimming pools, gradually replacing ozone as the oxidant of choice. Responsible manufacturers would not advocate the replacement of chlorine using UV, rather it is seen as a complimentary technology. UV has the advantage of having no residual effects, which does mean a chemical regime is needed for residual protection. Chlorine can effectively be removed by UV light, so when used the injection point should be post UV.

Today the use of UV has been extended to disinfect splash pads, pools , as a method of mitigating against Norwalk virus on cruise liners and offshore accommodation platforms, and is usually used in combination with a chemical regime that provides an effective residual. 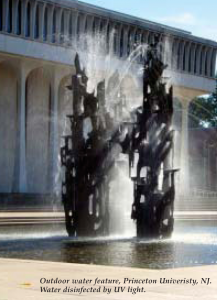 How does UV work?
UV light close to 260nm has the ability to break bonds in the DNA of all living organisms. As the cross bonds absorbs the UV light, they break and form bonds with adjacent bases. This process is called dimerization. The process is irreversible at normal disinfection doses, and the damaged DNA ceases to permit any normal function for the organism. Replication immediately ceases as the organism is rendered non viable.

A growing number of organisms have developed immunity or advanced resistance to chlorine ; Cryptosporidium and Giardia can be present in municipal drinking water supplies and are now treated using UV light, and Listeria Monocytogenes is effectively disinfected using UV light at many food manufacturing plants.

UV light is a physical, non intrusive method of disinfecting water that does not affect the chemistry, ph, smell or color. It has no residual properties, and so systems that use UV without any chemical residual should ensure that they are periodically chemically cleaned, as an infestation in the biofilm, or in a showerhead cannot be treated using UV alone. Dead-legs should be removed whenever possible.

Legionellosis is a highly infectious disease that takes two distinct forms; Legionnaries’ disease and Pontiac fever. The latter is seldom fatal, and produces symptoms similar to influenza. Legionnaires’ disease is the more severe form of the infection and leads to pneumonia. The CDC estimates that between 8000 to 18000 cases of Legionellosis occur each year, although these numbers are most likely under-reported. The fatality rate of Legionnaires’ disease is between 5% to 30%.

The organism is dormant below 68 oF, and can replicate and grow between 68 of and 122 of. The growth rate is highest between 95 of and 115 of. These conditions can easily be reproduced in a water feature in direct sunlight, a cooling tower, or air scrubber, so making both indoor and outdoor water features an area of vulnerability.

Serologic surveys of seafarers on cargo vessels , and also those spending extended periods on offshore accommodation platforms show that a high proportion have antibodies to Legionella pneumophila, which suggests the presence of , and elevated risk of legionellosis from these environments too.

The risk of infection is not just localized to the water source; the 2004 outbreak in France at Pas de Calais that left 18 people dead showed that the organisms could be carried up to 3.5 miles from the source by wind.

Chlorine kills grass and other waterside flora; UV has no detrimental effects

An outbreak in mid 2005 in Rapid City, South Dakota killed 1 person and made 17 others ill. This was eventually traced to an indoor fountain. The outbreak at a Quality Inn in Orlando in March 2005 was traced to a spa with inadequate chlorine, and the outbreak in April of 2008 in Mendon, Vermont was traced back to a hot water tank. The majority of outbreaks do originate from cooling towers, where conditions are often ideal for growth, however all water features are vulnerable and unless properly maintained

In a number of situations, chemicals in the water would have a detrimental effect on flora or fauna in or adjacent to the water, or indeed the feature itself. As features designers and architects develop more sophisticated features, so UV will continue to be incorporated as it does not change the water chemistry, smell or color. Some chemical smells are unattractive and cause nuisance to people that have to work in them all day; a water feature in a hotel lobby is an example of this. Typical maintenance for a UV system can be carried out by on site facilities staff, and UV system status can be monitored using Building Management Services networks.

Conclusion
UV has a wide role to play in making sure that both indoor and outdoor water features remain safe, and not a cause of illness. When properly applied, the technique can provide an effective barrier and eliminate an often overlooked source of problems.

About the author
Jon McClean was President of Aquionics Inc until April 2008. He has 22 years experience within the UV industry, and is often asked to speak and present papers at technical conferences. He can be reached at jon@mcclean.cc.