Carbon Resource appointed 25-year sales and marketing veteran James P. McAliney to its Board of Directors. Previously, he was Marketing Manager for Activated Carbon, Business Manager for North America, Polyamides and Global General Manager for Polyamides in Paris, France. He is currently the General Manager/Project Director for Glass Coatings & Expoxides in Pennsylvania.

n partnerships. Previously, she served as Chief Operating Officer of Figaro as well as CEO and founder of PermaCharge. Engstrom earned an MBA and BA from the University of New Mexico.

Jack Reynolds joined the company as Vice President of Marketing to lead corporate marketing and new product development activities. A 24-year environmental and water industry veteran, he previously served with Weston Solutions, Browning Ferris Industries and Severn Trent. Reynolds is a graduated from Dickinson College, Carlisle, Pennsylvania and earned an MBA from The Wharton School of Business, University of Pennsylvania, Philadelphia. 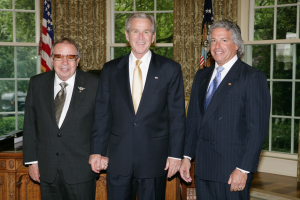 The Rohm and Haas Company Board of Directors elected Richard R. Lovely Executive Vice President. He joined the company late last year as Vice President, Corporate Director of Human Resources. Lovely previously served in executive positions with Tyco International, First USA/Bank One and PepsiCo. He earned his BS Degree from Cornell University (Ithaca, NY) and a JD Degree from Georgetown University (Washington, DC). The Board named Pierre R. Brondeau, President and Chief Operating Officer. He joined the firm in May 1989 and most recently has served as Executive Vice President and Business Group Executive. Brondeau’s international executive experience spans Research and Development, Sales and Marketing, general management and executive leadership.

A.J. Antunes & Co. has chosen Genis Bullock to serve as the European Sales Team Leader at its recently established office in Emmerich, Germany, focusing on sales, technical training and after-sales support. She will be responsible for working with current distributors and customers in the European market for the company’s three divisions: Antunes Foodservice, Antunes Controls, and Antunes Filtration Technologies. Previously, Bullock served as a Sales Engineer in the Filtration Technologies division. She holds WQA Certified Water Specialist-II certification and a Bachelor of Science Degree in environmental science from Augustana College in Rock Island, Ill.

Tom Lauria joined IBWA as Vice President for Communications, responsible for media relations, development of public affairs outreach programs and editorial content for the organization’s website and publications. Previously, Lauria served as a communications contractor with the US Department of Justice’s Office of the Federal Detention Trustee, a spokesperson for the Tobacco Institute (focused on improving enforcement of minimum-age sales laws) and he represented the Embassy of Cyprus as it sought entry to the European Union. Lauria holds a BS in journalism from the University of Detroit and an MFA in nedia studies from the State University of New York at Buffalo.

pioneer in the field of laser chemistry, Richard N. Zare, PhD, Chair of Stanford University’s Chemistry Department, received the 2008 George C. Pimentel Award in chemistry education from the American Chemical Society (ACS). Sponsored by Rohm and Haas Company, the award is presented annually to an individual who has made outstanding contributions to chemical education, including training of professional chemists, dissemination of reliable information about chemistry to the general public and integration of chemistry into the educational system.

Lewent appointed to Thermo Fisher board

Thermo Fisher Scientific Inc. named Judy C. Lewent to its Board of Directors, bringing the total number of members to 10. She has also been appointed to the Board’s Strategy Review Committee. Lewent was formerly Executive Vice President and CFO of Merck & Co., Inc. She also served as President, Human Health Asia at Merck. Lewent currently serves on the boards of Dell, Inc. and Motorola, Inc., is a life member of the MIT Corporation and a member of the American Academy of Arts and Sciences.

Please join us in welcoming two new members to our esteemed Technical Review Committee, Dr. Mo Mukiibi, Jr. and Greg Reyneke. Mukiibi is an Environmental Process Engineer with CH2M Hill, Inc.’s Water Business Group based in Tempe, Ariz. His technical expertise ranges from advanced water and wastewater system design and treatment to water environmental laws, environmental remediation and risk assessments. While attending the University of Arizona in Tucson, Mukiibi worked in the design and implementation of short- and long-term risk evaluation of the leachability of spent media generated from water treatment operations in a project funded by the American Water Research Foundation (AwwaRF), National Institute of Environmental Health Sciences (NIEHS). He has presented at conferences around the world, published peer-reviewed articles and is a member of the International Water Association, Arizona Water Pollution Control Association, American Water Works Association and the Water Environment Federation. Mukiibi is currently working as a process engineer at Twin Oaks Water Treatment Plant in San Diego, the world’s largest high-tech membrane facility designed and built by CH2M HILL. Mukiibi earned his Master of Science and Doctorate Degrees in environmental engineering from the University of Arizona and a Bachelor’s Degree from Makerere University in Uganda. He is President and Founder of the African Child Foundation and founded the Pad Thai student cooking club at the University of Arizona.

Greg Reyneke is General Manager at Intermountain Soft Water, Inc. and works from their office in Lindon, Utah (see WC&P December 2006). His practical experience in ion exchange and membrane separation technologies, from residential to industrial applications, combined with his abilities in long term planning and motivation have made him an indispensable part of the Intermountain team. In addition, Reyneke is a member of the Board of Advisors at Smart Dealer Network, crested to assist independent water dealers in reaching their full potential. The network provides qualified dealers with access to resources to secure the best products, practices and business management skills in the industry. A former member of the Board of Advisors of Aegis Africa, Reyneke also worked as a Contract Field Sales Engineer with High Technology (Pty) Ltd. He has a Bachelor of Science Degree in electrical engineering from the University of South Africa and is completing a second degree in marketing management from Western Governors University.

DO YOU KNOW WHO THESE PEOPLE ARE? WHERE THEY ARE? 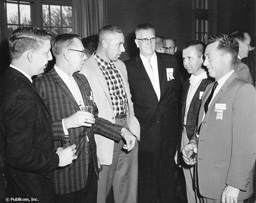 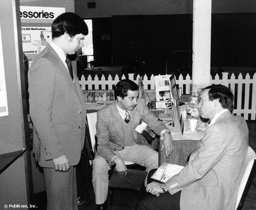 WC&P would like to thank Steven McKee of Noblesville Soft Water Service, Noblesville, IN for identifying the photo of Robert Hime, Phil Meier, Chuck and Phyllis McKee in last month’s issue. Thank you, Steve! Here are five more pictures we need your help to identify. Please contact Denise M. Roberts via email at droberts@wcponline.com or by phone at (520) 323-6144 with any information you can share with us. 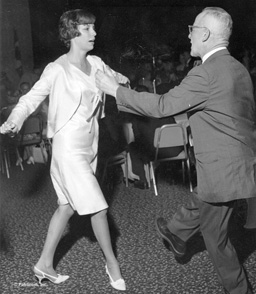 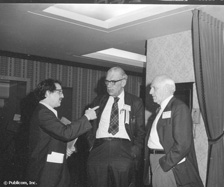 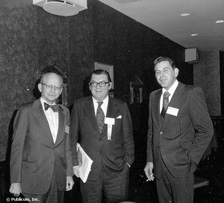