The efficiency of water softeners is a measure of the salt and water used for regeneration versus the amount of hardness removed from the water. The most efficient softeners are ones that use demand initiated regeneration (DIR) thus ensuring that very little unused capacity remains on the resin before regeneration begins.

Equipment design
The classic softener has enough freeboard to facilitate a sufficient backwash expansion of the bed, is designed to be regenerated with brine in a co-current fashion and is sized to accommodate normal superficial flow rates, usually around 8-12 gpm per square foot of cross-sectional area. Advanced designs may incorporate the hardware necessary to perform a counter-current regeneration. A packed bed design is also sometimes offered. These advanced designs, which borrow from proven industrial ideas, must be selected with care, especially in cases where the ability to expand the bed at least 30 to 50 percent during backwash is eliminated. The aforementioned classic softener is a very forgiving design, with the ability to backwash out suspended solids. This is particularly important when treating waters with iron, or any other waters that may have total suspended solids (TSS) present.

The resin
This subject is worthy of a separate article (or articles!) because of the choices that are out there. The mesh size choices of resin include:

Resin is available with different levels of crosslinking:

Softening resin is even available in different colors! Black, brown and amber. The gist of this article, however, is the brine contact with the resin. The examples that are shown below are from the use of a standard 16 to 50 mesh size, eight percent crosslinked, strong acid gel cation resin, regenerated co-currently. (You can pick the color you want the resin to be, since the color of the resin does not make any difference in its performance!)

Brine dosage
The higher the salt dosage—that is, pounds of salt applied per cubic foot of resin—the longer the throughput on the subsequent run. Also, the higher the salt dosage, the lower the hardness leakage during the subsequent run. The more salt applied to the resin, the more exchange sites get converted to the sodium form. Ordinary hardness leakage during the service cycle is from hardness ions that are left on the resin after regeneration, so it stands to reason that the less hardness left on the bed after regeneration, the lower the leakage will be. Of course, less hardness left on the bed means that there is more sodium on the bed available for exchange and so the throughput capacity is greater during the next run. 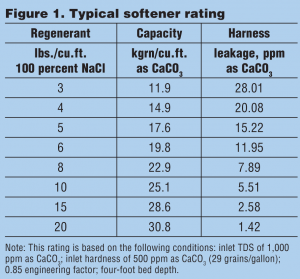 Figure 1 shows the increase in capacity and the decrease in leakage for a typical softening application. 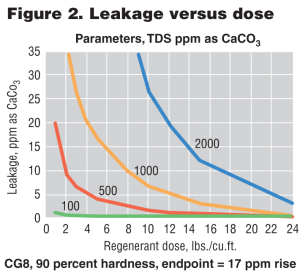 igure 2 illustrates the leakages that can be expected at different salt dosage levels and various TDS waters. 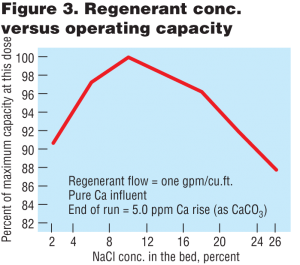 Figure 3 illustrates the range of optimum percent brine for application to a resin bed. 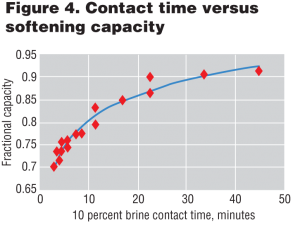 Figure 4 shows that much of the regeneration of the resin occurs during the initial contact time.

The figures above can be considered typical benchmarks and can be used as guidelines for standard co-currently regenerated softeners. You can easily observe the effects of what cutting the contact time might mean, or what would happen if the percent brine being applied was doubled, or what happens if only a third of the total amount of brine is applied.

Troubleshooting the brine injection step
It is apparent that the resin needs to be exposed to the proper percent brine for a sufficient amount of time. One way to check this is to measure the percent brine exiting the bed during regeneration, called an elution study. 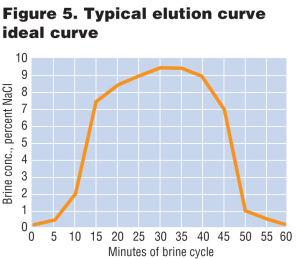 Figure 5 shows an ideal scenario, where the resin is exposed to brine between eight and 9.5 percent for about 24 minutes.

The elution study is easily performed with a stopwatch, graduated cylinder and a salt hydrometer. Collect the data and graph it, hopefully it will look like the nice bell-shaped curve of Figure 5.

Summary and future work
The information presented here is the performance that can be expected with a standard softener, using standard resin, and standard co-current brine regeneration. Future work and data presented will be on the use of other resin and techniques to maximize efficiency, minimize salt consumption, and maximize water savings.

Which is the best resin for highest efficiencies, able to maintain suitable capacity and leakage? At first glance the 10 percent cation is appealing from a total capacity standpoint since it is the highest capacity gel resin. BUT, if you compare the regeneration efficiencies of an eight percent resin against a 10 percent resin, for an identical brine dosage, the effective dose of pounds of salt per exchange sites will be higher for a lower capacity resin. AND, it is the effective dose—amount of salt applied to the exchange sites—that determines how much of the resin gets converted to the regenerated form.

Additionally, the superior kinetics of a fine mesh product must be brought into consideration, but from a real-world standpoint, since not all applications will allow a finer mesh material to operate successfully.

It is important to note that mathematically speaking, the lowest brine dosages give the highest efficiencies. (See Efficiency of Water Softeners Under NSF/ANSI 44, by Rick Andrew, WC&P, March 2006). The challenge now is to combine equipment design with resin selection to take advantage of the inherently more efficient lower dosages.

About the author
Francis J. “Frank” DeSilva is National Sales Manager,West Coast for ResinTech Inc. of Cherry Hill, N.J. ResinTech is a manufacturer and supplier of ion exchange resin, activated carbon products and the Aries line of laboratory demineralizers and cartridges. DeSilva operates out of California. He can be reached at (760) 809-4864, or at the Los Angeles office and warehouse (323)262-1600; fax (323) 262-1615 (fax) or email: fdesilva@resintech.com. Don’t call if the surf is up!