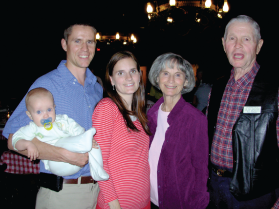 The folks at Arizona Water Quality Association come together without fanfare or fuss and simply get down to having a wonderful time in each other’s company. This year’s gathering was no exception.

Those acquainted with the greater Phoenix area will remember Rawhide, the 1880s experience in Scottsdale where folks could enjoy the best of the west. The entire frontier town moved southward to the Gila River Indian Community in Chandler and it was there that AWQA members came together to the strains of Frankie Laine’s famous song of the same name for their annual meeting and membership dinner. 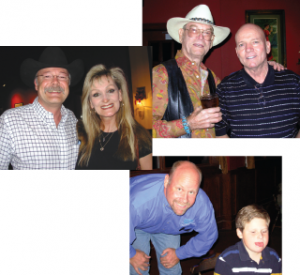 Dallan Randall of JB Sales is the new President of the group. Surrounded by peers and family members (including new son Mark) he looks forward to a year of continued prosperity throughout the state. “ The growth in Phoenix and Tucson and their surrounding areas has been very good for the water treatment industry,” he noted.

Holding the meeting in Rawhide’s saloon surrounded by western memorabilia, it was easy to feel a part of the unfolding story of westward expansion. As Brian Boyette (Rayne Water, Mesa) noted, there’s no history in Arizona without water!

Executive Director Dave Perry led the group into the restaurant to dine on mesquite-grilled selections while enjoying live country music that had everyone’s feet tapping. Young Hunter DeGrave enjoyed the antics of a balloon artist and got to take home a menagerie of blow-up animals as a result.

Russ Harrison (Kinetico), who was at the helm of the group for the past several years, noted that the state of Arizona is blessed with a good business climate where hardworking folks can succeed. “It’s a pleasure to see the second generations – and some third and fourth! – come into the water treatment business as the old guard retires. Dallan is a good example of that succession,” Harrison said.

Of course, the youngest at the table kept his thoughts to himself – but then again, at a mere seven months, Mark Randall could do little else but smile at his Dad’s accomplishment. It was definitely the smile of a future water treatment dealer!