Farewell To A Friend 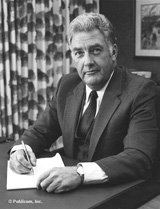 WC&P sadly reports the loss of industry veteran F. Stuart ‘Stu’ Mitchell. Born May 29,1931 in Newmarket, Ontario, Canada, he passed away October 18, 2007 in Punta Gorda, Florida. Well-known in the water treatment industry, his career spanned decades of change and association with many companies.

In 1964, Mitchell joined Lindsay in the Mec-O-Matic Division. He moved his family to St. Paul, Minn., when he became Lindsay’s Marketing Director in 1971. He was elected Lindsay’s Vice President in 1977 and President the following year. Retiring from Lindsay/Eco Water in 1987, he then joined Raytech of Milwaukee, Wis. In 1991, Mitchell moved to Punta Gorda, Florida to pursue his second love, water recreation. During his retirement, he was a partner in one of the oldest yacht brokerages in Southwest Florida.

Mitchell received WQA’s Award of Merit (1984), was inducted into the WQA Hall of Fame (1985) and was awarded Lifetime Membership (2001). He served as WQA’s President from 1982-1983, on the Board of Directors from 1982-1991 and as a Past President, became a Water Quality Research Foundation Director, holding that honor for several years. Mitchell also received Lifetime Membership in the Presidents Club for his recruitment activities. 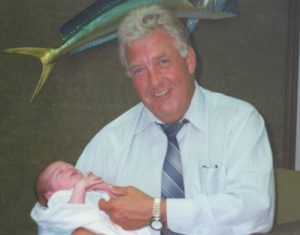 When word of his death was received, his peers shared their memories of great times and old friendships. “Stu Mitchell made a large impact on the lives of many people in water conditioning,” said Bill Mears. “The term charismatic was invented for Stu. He was smart, tenacious, with a great sense of humor, yet serious when he wanted to be. Stu was a natural born leader. I will miss him.”

WC&P President Sharon Peterson said, “Stu never knew a stranger; he always had a lot of friends. In the ‘70s, at WQA conventions, Jerry (founder of WC&P) and I would invite Stu to dinner and often as many as six or eight additional people would show up with him. And yes, Stu picked up the tab. He will be missed by many and our love goes out to his family.” 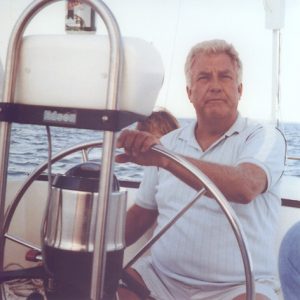 Gerry Shannon worked with Mitchell for many years and has a storehouse of memories. “I met Stu Mitchell on January 2, 1972 and we spent 15-plus years working together in the water industry. We had a lot of good times together boating on the St. Croix River (Minn.) and Stu became a part of our family. When we were out of town and something went wrong at our house, or one of our kids had a fender-bender or my mother-in-law thought she couldn’t live without a cigarette, they called Stu and he always took care of them.” Shannon continued, “We rented a plane once and flew down to Burnt Store Marina in Punta Gorda, during the early construction phases. We both purchased condos that we still own. We’ve never spent a winter there without Stu. He was a great friend and we will all miss him very much.”

Dr. Duane D. Nowlin, retired Senior Vice President of R&D at Eco Water Systems remembered Mitchell as a tireless advocate for the industry. “Most people remember Stu for his work on the Board of Directors and as President of WQA. He served on many committees and was always quick to volunteer his time and financial support to solving industry problems.” Nowlin also reflected on Mitchell’s philanthropic and athletic abilities. “Stu and Walt Polens from Ionics ran the WQA golf tournament for years, raising tens of thousands of dollars for water-related research projects. He also championed ticket sales for the Tapemark Golf Tournament here in the Twin Cities, which raised several hundred thousand dollars for handicapped adults. I always enjoyed playing golf with Stu because he was the only golfer I knew that played worse than I do.”

Mitchell served in the Canadian Navy during the Korean War. He is survived by his wife of 52 years, Patricia; daughters, Christine (Kevin) Dalton of Colorado Springs, Colo. and Kelly (Ted) Kern of Rotonda West, Fla.; sister, Joan Stewart of Canada; brother, Andrew Mitchell of Canada; grandchildren, Erica Dalton, Mitchell Dalton and Chloe Kern; and great-grandchild, Kyra. Memorial services will be held at a later date; arrangements are being made in Port Charlotte, Fla. Donations in Mitchell’s honor may be made to the Water Quality Research Foundation, 4151 Naperville Road, Lisle, IL 60532-1088.

WC&P Insight: What are the Water Fittings Regulations?