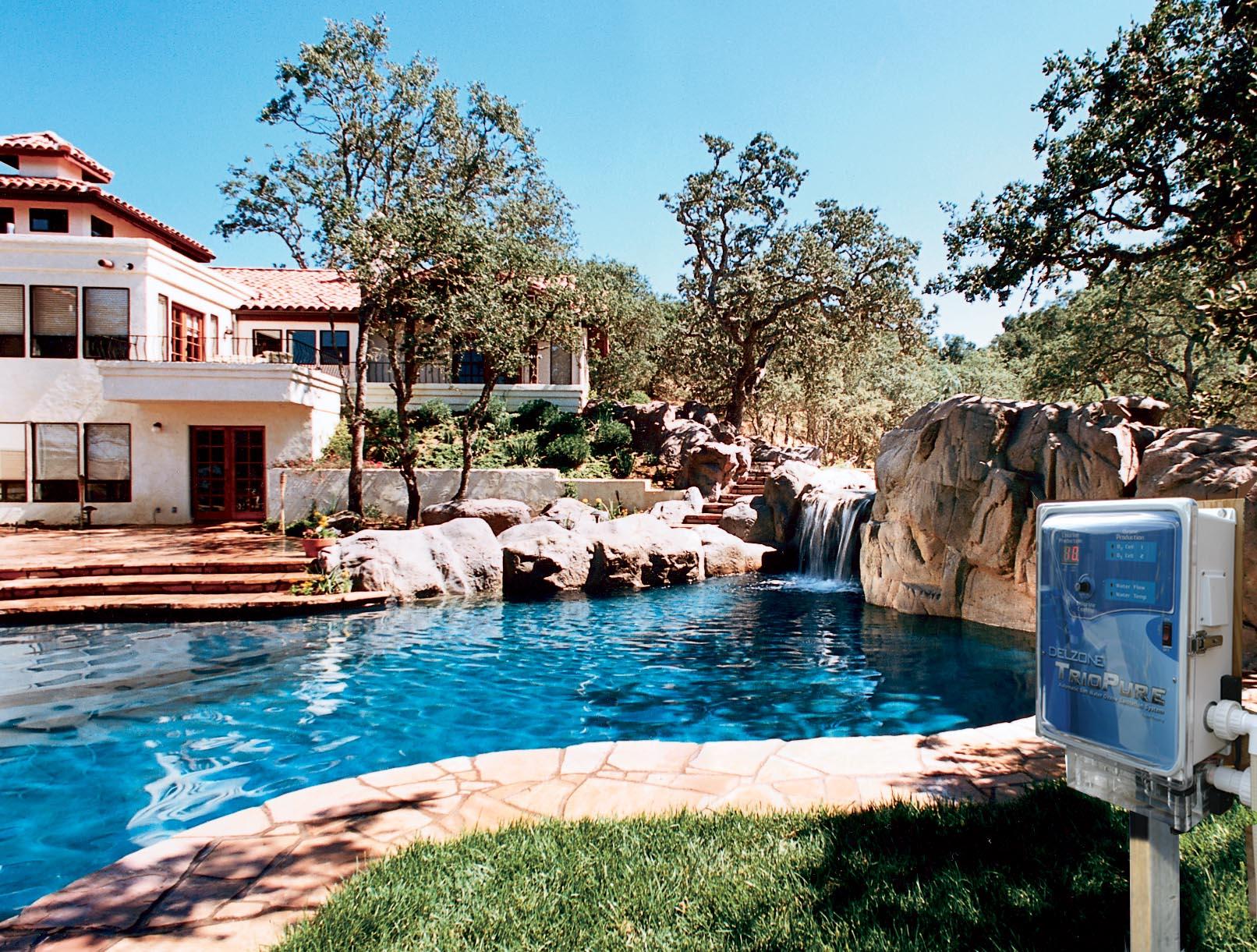 Ozone and its uses
Most people are familiar with the word ozone, but that is where the familiarity ends. In nature, ozone is among the most essential chemicals on the planet, existing as a gaseous component of the upper atmosphere. Most of us are well aware that the Earth’s ozone layer protects us from the sun’s harmful ultraviolet rays and without it, life on earth would likely be impossible. However, many may not know that here on the ground, ozone can be very beneficial.

Ozone is a gas that can be produced by machines called ozone generators. There are two basic methods of producing ozone with these devices: ultraviolet (UV) energy or electrical (CD) energy. Both of these systems emulate nature (UV duplicates the sun; CD duplicates lightning). Both make ozone, but CD systems make far more ozone than UV, so it is the most common choice.

Ozone is used in its gas phase for fumigation of unoccupied areas to kill bacteria, viruses and fungi; while eliminating odors and stains. It also slows the spoilage rate of produce in cold storage by reacting with ethylene (improving the quality and life of the product). In aqueous applications, gaseous ozone is dissolved in water at its point of use (POU) and is then referred to as aqueous ozone. Ozone (gaseous and aqueous) is a very powerful oxidizer and an extremely effective antimicrobial. There are no known microorganisms that can build a resistance to ozone. It is much more powerful than familiar oxidizers such as chlorine, bromine or hydrogen peroxide (all of which are effective, but all with some negative aspects). 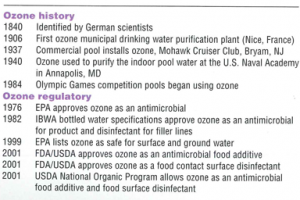 Aqueous ozone is so safe and effective that is has grown quite popular for many applications including residential swimming pools and spas. Other approved applications for ozone use as an antimicrobial substance include direct contact on food and food contact surfaces; bottled water; municipal drinking water and municipal waste water; commercial swimming pools and a host of other treatments.

How ozone works
As mentioned previously, ozone (O3) is a molecule comprised of three oxygen atoms, with the third atom held on by a very weak bond. It is considered an unstable molecule because during its short life, an oxidation reaction occurs upon any collision between an ozone molecule and a molecule of an oxidizable substance (organic or inorganic). The oxygen atom (O1) with the weak bond splits off, leaving oxygen (O2) as its byproduct. During an oxidation reaction, organic molecules are destroyed and dissolved metals (inorganic) are no longer soluble in water.

Since ozone starts as a gas, for aqueous ozone applications, the gas must be dissolved in the water. This is accomplished quite easily with a simple venturi injector. Depending on the application (from very large projects {multi-million gallon vessels} to the very small {backyard pools or spas}) the installations will obviously vary. But in the case of a residential swimming pool, the installation is generally undertaken by a pool builder if it is a new pool, or by a pool service technician if it is a retrofit on an existing pool. Installations will vary depending on the desired end results. 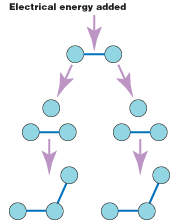 There are several ozone system manufacturers, hundreds of ozone installers and service technicians and many varieties of ozone systems from which to choose. In all cases, the basic installation varies little other than size. All ozone systems will require a basic ozone gas generating device and an injection system.

The benefits of adding ozone to a residential backyard pool vary with individual preferences as well as filtration time, but the overall benefits enjoyed are:

Reduced chemical use
Since the ozone is generated on-site and only operates during the pool’s filtration cycle and since many residential pools may contain what is commonly known as ‘dead spots’ (the recirculating flow does not necessarily contact all portions of the pool), it is rare (mostly because of economics) to have a regular residential pool that is chlorine-free. A small residual of chlorine is generally necessary to keep algae under control (less than ½ PPM is normal). The ozone system operates automatically; the addition of a floating chlorine tablet erosion feeder or an inline feeder, either of which can be turned down to the lowest setting, is successful.

All other water chemistry routines remain the same as traditionally chlorinated pools, with a few exceptions. The pH balance is easier to maintain because of reduced chlorine addition and consumption and calcium stains are generally eliminated because of the ozone’s ability to break down biofilm (a leading contributor to calcium build-up).

System Size
Sizing an ozone system for residential pools is leveraged from the standard set by NSF International under NSF Standard 50 for commercial swimming pools. Although the dynamics of a residential pool are far simpler than a commercial pool, the scaled down version of bather-to-water ratio is similar. NSF Standard 50, Annex H, tests ozone systems against two forms of microorganisms, Pseudomonas aeruginosa and Enterococcus faecium. Pass compliance requires a three-log (99.9 percent) reduction of Pseudomonas aeruginosa and Enterococcus faecium in 30 minutes. Actual test results for standard commercial pool ozone sizing provide microbial reductions in six minutes with log reductions of 6.6 log (>99.9999 percent) and 6.7 log (>99.9999 percent) respectively. Therefore, the system sizing for residential pools is about one-quarter the dose used in commercial pools under NSF Standard 50, Annex H.

There are no published standards for the use of ozone in residential pools. Therefore, it is up to the end-user to count on a well informed installer to provide a properly sized system. The only caveat is an undersized ozone system that may not provide the desired chlorine reduction as promised. An oversized system is unlikely, as they tend to be considerably out of range of the average residential pool budget.The best plan for the homeowner is to ask the installer for references, or do a bit of research and self-education.

Conclusion
The use of ozone for residential pools and spas has been steadily growing since the 1985. In fact 90 percent of all residential spas have an ozone system already built into the filtration system. However, residential pool suppliers only offer ozone as an option. This is likely because there are many more pool builders and service technicians than there are spa manufacturers and ozone education still is lacking in the residential pool business.

Another reason for slow acceptance may be attributed to outdated technology of pool ozone systems. In recent years, residential pool ozone technology has greatly improved (and caught up with spa ozone systems) offering the pool owner an affordable, effective way to both reduce the cost and complexity of traditional chemical sanitation and add the benefit of a very pleasant swimming experience.

About the author
Beth Hamil is Vice President, Corporate Compliance Market Development for DEL Ozone. She has been adctive in the swimming pool industry since 1978 and active in the ozone industry since 1982. With DEL for over 20 years, she is named in multiple ozone patents and developed the first UL-listed ozone systems for pools and spas in 1985. In the same year, she develop[ed the first NSF-listed ozone system for commercial pools under Standard 50. Hamil is Co-author of “Application Guidelines for the use of Ozone for Commercial Pools and Spas” (1994) and a collaborator on several university studies regarding the efficacy of ozone for food applications (1997 to present). Hamil co-developed NSF P308 Protocol to determine ozone’s efficacy in jetted bathtubs. She is a member of various professional and scientific organizations, including the International Ozone Association; International UV Association; Institute of Food Technologists; Water Quality Association; NSF Joint Committee Standard 50 (Pools and Spas); NSF UV Task Force and NSF Chloramine Task Force; Association Aquatic Life Support Operators. Hamil can be contacted at DEL Ozone, 3428 Bullock Lane, San Luis Obispo, CA 93401; office phone 800 676 1335 ext. 222; cell phone 805 441 4444; email beth@delozone.com.