IBWA Leads Bottled Water Industry On a Variety of Issues 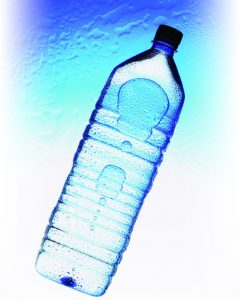 For years, Americans have chosen bottled water as one of their favorite beverages. Bottled water sales and consumption have grown an average of 9.4 during the past decade, and this trend shows no signs of stopping. According to Beverage Marketing corporation, in 2006 Americans consumed 8.2 billion gallons of bottled water (an increase of 9.5 percent from the previous year) and wholesale sales were $11 billion (up 9.7 percent from the previous year). In fact, a recent survey by Harris Interactive showed that Americans chose bottled water as the number one packaged beverage that they most associate with a healthy lifestyle.

However, if you’ve been following the news during the past couple of months, you may have noticed a disturbing trend: activist groups, a few elected officials and certain media outlets have made inaccurate statements about bottled water’s environmental impact. This activity is notable, not because bottled water was making national headlines; the phenomenal growth of the bottled water industry has routinely been the subject of news stories. What makes these recent actions notable is that a safe, healthy, convenient product such as bottled water has started receiving negative, seemingly concerted, criticism.

Restaurant initiative
This latest round of national attention started in May 2007 when a handful of high-end gourmet restaurants removed bottled water from their menus in the name of environmental stewardship. These businesses had built their reputations by serving local, organic fare and saw this action as a means of making a statement of environmental awareness. Their actions captured national media attention and were followed soon after by the US Council of Mayors adoption of Resolution 90, which called for the compilation of information regarding the importance of municipal water and the alleged “impact of bottled water on municipal waste.” In conjunction with that resolution, San Francisco Mayor Gavin Newsom signed an Executive Directive to ban the purchase of bottled water by San Francisco City and County governments.

As a result of these actions, IBWA immediately sprang to action and communicated the facts about the bottled water industry’s outstanding record of environmental stewardship, its commitment to recycling, and the role of bottled water among consumer beverage choices with media and elected officials. IBWA quickly released position statements to the media, and others, pointing out the errors in the statements made by the Council of Mayors and Mayor Newsom. In addition, IBWA released public position statements and conducted hundreds of media interviews with national, local and even international media, including Time Magazine, The Wall Street Journal, New York Times, ABC, NBC, CNBC, BBC, CNN, Fox News, NPR and PBS. These efforts gave IBWA the opportunity to participate and share the facts about the alleged “negative environmental impact” of bottled water.

Advantages of bottled water
Unfortunately, the majority of these stories were sensationalized – and let the facts slip by the wayside. Sadly, most coverage didn’t mention that:

In order to help provide consumers with accurate information about bottled water, on Friday, August 3, 2007 IBWA placed full-page ads in the New York Times and the San Francisco Chronicle. The ads were a success and some of the positive bottled water facts mentioned in them were the basis for the additional news stories on this issue.

Inaccurate and sensational stories focusing on bottled water will continue to gain attention. Certain media outlets, activist groups and a few legislators will do whatever they can to get their negative messages to the general public. IBWA is actively working on a comprehensive campaign to do more than simply respond to these attacks; we are taking a proactive role in shaping the issues and getting out bottled water industry facts and perspectives. This includes, among other things, meeting with editorial boards of key newspapers, submitting letters to the editor of newspapers that have covered bottled water issues, working with a coalition of organizations that can help the bottled water industry deliver our positive messages, and conducting consumer research to test the effectiveness and optimize the impact of current industry messages. Fortunately, we’re already turning the tide. However, the only way to battle these erroneous stories is to continue to educate reporters, customers and anyone else that will listen, with the facts.

Chicago taxation fight
The latest story to gain attention is a Chicago Alderman’s proposal to tax bottled water based on its alleged environmental impact. IBWA has again been at the forefront of this important bottled water issue. As soon as the proposal came to light, IBWA immediately released a position statement to the media providing the environmental facts about bottled water. And since then, IBWA has maintained a very visible presence in the print media and airwaves of Chicago. Additionally, IBWA has met with representatives from the office of Chicago Mayor Daley and other city representatives to stress the public importance of not taxing a healthy and safe food product.

Bottled water has grown to become the number two beverage in America (behind only carbonated soft drinks). Consumers choose bottled water because of its refreshing taste and because it is a healthy, safe, convenient beverage. Bottled water will continue to grow as one of America’s favorite beverages, just as IBWA will continue to defend and help the industry by providing legislators, regulators, media, activist groups and others with the facts.

To help defend the bottled water industry, you can arm yourself with the facts by visiting the IBWA website at www.bottledwater.org. In the ‘News’ section you will find position statements, press releases and the IBWA Environmental Quick Facts sheet that will give you all the info you need to inform people that these recent attacks against bottled water are misguided and will do nothing to actually help the environment by focusing on one narrow region in the vast world of prepackaged consumer goods.

Attend the tradeshow
One of the best ways to educate yourself is to attend the educational sessions at the 2007 IBWA Convention and Tabletop Tradeshow, October 15-19 in Las Vegas, Nevada. The theme of the convention this year is “A Place to Learn.” It is, without a doubt, the best place for a bottled water professional to learn about the industry as a whole, and specifically about things like the latest governmental and regulatory actions, ways to increase employee performance, growth opportunities in the bottled water industry, filtration, state licensing, advances in UV technology, Hazard Analysis and Critical Control Points (HACCP), and so much more. For a detailed schedule, and other convention info go to www.bottledwater.org, and click on “Convention and Trade Show.”

If we all make an effort to educate people with the facts about bottled water, there will be fewer articles written with erroneous information and consumers won’t be discouraged from drinking a healthy beverage product.

About the Author
Joseph K. Doss has served as President and CEO of the International Bottled Water Association (IBWA) in Alexandria, Virginia since 1999. IBWA represents bottled water manufacturers, distributors and suppliers in the US and throughout the world. Doss has extensive experience in food and drug, government affairs, public relations, legal and association management issues. His professional experience includes both trade association and government roles. He was Senior Vice President and Director of Public Affairs, Consumer Healthcare Products Association (formerly the Nonprescription Drug Manufacturers Association); Special Counsel, Covington & Burling and Assistant General Counsel and Director of State Government Relations, Consumer Healthcare Products Association. Doss has a B.A. in government from the College of William and Mary and a J.D. from the George Mason University School of Law. He has completed an executive management course at the Center for Creative Leadership. Doss currently serves on the Advisory Board of the Food and Drug Law Institute (FDLI).