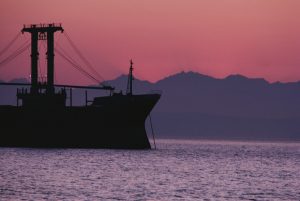 Calgon Carbon and Norit America could share 100 percent of the new higher duties for “qualifying expenditures” as they were the damaged parties in the anti-dumping petition.

The announcement was the culmination of a year-long process that began in March 2006 when Calgon Carbon Corp. and Norit Americas, Inc., filed an anti-dumping petition with the U.S. Government. After the government investigation process that included input from Chinese manufacturers, Chinese exporters, U.S. importers and U.S. purchasers, preliminary higher duties were issued in October 2006 and the recent final ruling puts average anti-dumping duty at about 67% for most importers and this will be in addition to the standard 4.8% duty for imported activated carbon (HS code 3802.10) making the total duty approximately 72%. Some Chinese manufacturers were assessed duty rates as high as 228% for not being cooperative or not providing requested information.

Calgon Carbon has a business unit in China and is a major importer of Chinese activated carbon and they will also be subject to additional duties (actually, they were assessed a rate of approximately 78%), but according to the DOC, because of the Byrd Amendment, Calgon Carbon and Norit Americas could share 100% of the new higher duties for “qualifying expenditures” as they were the damaged parties in the anti-dumping petition. The Byrd Amendment has been repealed by Congress and will expire in Oct 2007.

There is very little activated carbon manufacturing in Europe, Canada and the rest of the Americas as most is made from coal or wood in the U.S. and China or coconut shell elsewhere in Asia. Chinese activated carbon has increased in price 10-20% in recent years due to coal shortages, currency evaluation, ocean freight increases and general inflation. Now, with the added duty resulting in average 72% total tariff, the activated carbon market is experiencing ‘sticker shock” in many markets. Activated carbon prices to end users are now 30 – 70% higher than they were just 3-4 years ago.

The current activated carbon market has just come through a year of confusion and uncertainty and there are signs of product shortages as many importers did not bring in much product pending tariff resolution and other importers have been assessed much higher than average duty and have stopped importation of activated carbon from China. The domestic manufacturers will pick up business due to product shortages, but they cannot make up the entire product shortfall. It would be prudent to talk to your activated carbon supplier and place orders well in advance of predicted need for the balance of this year.

About the author
Ken Schaeffer is President of Carbon Resources, LLC based in Oceanside, CA. He is Vice-Chairman of the ASTM D28 Commitee on Activated Carbon and Vice-Chairman if IACMA (International Association of Activated Carbon Manufacturers). Schaeffer has a BA Degree in biology and an MS Degree in environmental science from the University of Texas at Dallas. He can be contacted at (760) 630-5724 or ken@carbonresources.com.