Overview of the Bottled Water Industry 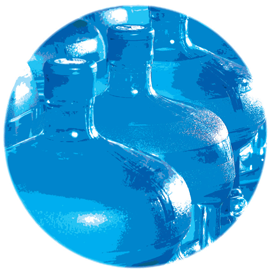 The bottled water industry has experienced increased demand for many years and 2006 was no exception. According to recent statistics released by Beverage Marketing Corporation, US bottled water sales and consumption continued to climb in 2006, as consumers increasingly chose bottled water over other beverages.

In fact, total bottled water volume exceeded 8.25 billion gallons, a 9.5 percent increase over 2005 and the 2006 per capita consumption level of 27.6 gallons increased by over two gallons, from 25.4 gallons per capita the previous year. Additionally, wholesale dollar sales for bottled water exceeded $10.8 billion in 2006, an 8.5 percent increase over the $10 billion in 2005.

The on-the-go PET segment comprised over half of the total bottled water volume in 2006. Even though much of the growth in the industry was from the PET individual serving size, the HOD market continued to grow, albeit at a slower pace, as volume increased by 0.2 percent (1.3 billion gallons).

Federal regulations
Though these statistics demonstrate continued consumer demand and appreciation for the convenience, safety, quality and good taste of bottled water, challenges to the industry are on the rise. The results from the 2006 federal and state elections are just beginning to be felt and there could be some serious impacts on the industry. During its first ‘100 hours’ in session, the US House of Representatives passed several bills important to the bottled water industry.

HR 700, The Healthy Communities Water Supply Act of 2007 passed by a vote of 368-59. The bill authorizes $125 million under the Clean Water Act for US Environmental Protection Agency (US EPA) grants to fund projects that increase usable water supply by encouraging innovation in water reclamation, reuse and conservation. An amendment made by Rep. Dennis Kucinich (D-OH) prohibits an entity that permits the use of its water for retail sale of water in containers of 5.7 gallons (20 liters) or less from receiving grants. It should also be noted that Rep. Kucinich has taken a stance that is decidedly unfavorable to the bottled water industry. In keeping with this stance, he recently pledged to investigate New Hampshire’s policy that allows the issuance of bottled water permits.

IBWA expects the Senate’s Environment and Public Works Committee to be more active. Committee Chairwoman Senator Barbara Boxer (D-CA) introduced legislation directing US EPA to establish a maximum contaminant level (MCL) for perchlorate. Additional legislation likely to be considered by that committee includes establishment of a Clean Water Trust Fund for water infrastructure improvements, re-authorization of the Water Resources Development Act and other water resource legislation. In the past, bottled water and other beverage taxes have been targeted as funding measures for these initiatives.

IBWA has developed a technical/regulatory proposal and sent it to the US Food and Drug Administration (FDA) for application of measures in the bottled water industry that are intended to provide equal protection of public health when compared to US EPA’s Ground Water Rule, which calls for a risk-based approach to identify groundwater susceptible to fecal contamination and requires monitoring and taking corrective action which may include treatment, when necessary. IBWA’s proposal calls for amendment of FDA’s standard of quality and GMP regulations, including new requirements for microbiological monitoring and a standard of quality for E. coli.

IBWA is working with the US Department of Homeland Security’s (DHS) Food and Agriculture Sector Coordinating Council to identify and implement security procedures that will keep the bottled water industry safe. To do this, IBWA is part of a panel of food industry representatives that review FDA and USDA Sector Specific Plans. IBWA is promoting the development of Continuity of Operations Plans (COOPs) and food defense plans by bottled water industry members.

In addition, IBWA started discussions with the Federal Emergency Management Agency (FEMA) to coordinate future responses to natural and man-made disasters. To help facilitate this discussion, IBWA arranged for FEMA to make presentations at state and regional meetings in hurricane-prone regions within the US. IBWA will continue its work with FEMA to accomplish its goal of building a system that will allow a public and private industry response system to meet the challenges posed by unforeseen disasters in the future.

State issues
At the state level, IBWA has seen recycling, taxes and groundwater management issues gain momentum. Expansion of existing bottle deposit laws to include bottled water and other beverages has become a significant and constant challenge to the industry. For example, a deposit expansion proposal was included in New York Governor Elliot Spitzer’s first budget since his election last November and legislation to establish a new deposit law has been introduced in Maryland by Peter Hammons (D-Baltimore), Chair of the House Health and Government Relations Committee.

Eight states within the Great Lakes Basin (Ill., Ind., Mich., Minn., NY, Ohio, Pa., Wis.) are considering legislation to adopt the Annex 2001 Compact, which prevents water being diverted from the Basin. Minnesota was the first state to enact it, while in 2006, it failed to pass the NY and Ohio Senates. As part of this debate, activist organizations will likely attempt to repeal the provision in the compact that classifies water in containers of less than 5.7 gallons as a consumptive use rather than a diversion, which would prevent the water from leaving the Basin.

Recycling
Also in the states, IBWA has been involved with the National Recycling Partnership (NRP), a group designed to increase consumer recycling. The NRP is a coalition that brings together leading associations that are committed to increasing recycling in the US including IBWA, American Beverage Association, Grocery Manufacturers Association, Food Marketing Institute and US EPA.

NRP has embarked on two major initiatives to maximize the potential of recycling programs nationwide—a national campaign to encourage consumers to recycle and the Model Cities Program. Research shows that declining recycling rates are mainly due to consumer confusion. Inconsistent recycling messages and the misuse of recycling symbols and terminology have left consumers wondering about how—and what—they should recycle.

With the support of NRP and US EPA, the National Recycling Coalition (NRC) is leading the effort to re-introduce recycling to Americans. In 2007, the coalition will unveil simple, consumer-tested recycling iconography and messages for use in both the public and private sectors on products and in recycling communications. Bringing consistency to the use of recycling symbols and terminology across all sectors will increase consumer understanding of what product packaging is recyclable.

Following the launch of the iconography and messaging, NRC will execute a consumer outreach campaign to re-energize participation in our nation’s recycling programs. Through partnerships with major consumer product companies and retailers, NRC will roll out the campaign in print, broadcast, online and outdoor media and through corporate partners’ advertising and outreach efforts. Four communities across the US will be targeted for this innovative approach to increase recycling.

About the author
Joseph K. Doss has served as President and CEO of the International Bottled Water Association (IBWA) in Alexandria, Va. since 1999. IBWA represents bottled water manufacturers, distributors and suppliers in the US and throughout the world. Doss has extensive experience in food and drug, government affairs, public relations, legal and association management issues. His professional experience includes both trade association and government roles. He was Senior Vice President and Director of Public Affairs, Consumer Healthcare Products Association (formerly the Nonprescription Drug Manufacturers Association); Special Counsel, Covington & Burling and Assistant General Counsel and Director of State Government Relations, Consumer Healthcare Products Association. Doss has a B.A. in government from the College of William and Mary and a J.D. from the George Mason University School of Law. He has completed an executive management course at the Center for Creative Leadership. Doss currently serves on the Advisory Board of the Food and Drug Law Institute (FDLI).

About the organization
The International Bottled Water Association (IBWA) is the trade association representing the bottled water industry. Founded in 1958, IBWA’s membership includes US and international bottlers, distributors and suppliers. The organization plays an active role at all levels of state and federal government assisting in the development of stringent regulations for bottled water to ensure the greatest safety possible and high quality of bottled water products.