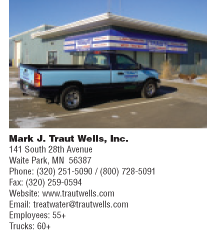 Introduction
Mark J. Traut Wells, Inc. is celebrating its 25th anniversary in 2007 and I’m fortunate to have been with them for much of that time as Water Treatment Division Manager. Over the years, we’ve found a successful way to make water treatment a vital part of our well drilling company and, through a number of aggressive strategies, each segment succeeded by complimenting the other. Here’s a look at how this came to be and how we hope to continue as leaders in both the well drilling and water treatment industries.

Off to a rocky start
In 1982, cousins (and well drillers) Mark and Dave Traut found themselves unemployed. Each had worked for Mark’s father’s company but it was forced to dissolve. They knew the industry and trusted each other; it seemed like a natural decision to become partners and start a new well drilling enterprise. With used equipment, a $2,500 line of credit and 10 employees, Mark J. Traut Wells opened its doors in August of that same year. 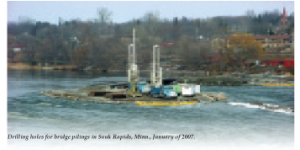 Despite their collective experience, the challenges were significant. Having the same last names as their former employer created some confusion in the market place, while certain competitors promoted their demise, predicting there was no way those kids could last — both owners were in their early 20’s. After about six months, the bleak forecast almost came true when Mark and Dave found it difficult to make payroll. They barely survived, crediting their resilience to much needed emergency cash flow and a loyal staff.

Diversification
When a well is drilled, determining the water’s quality is critical. This heralded our addition of a state-certified water-testing lab in the mid-1980s. To resolve the issues revealed by testing, a line of treatment equipment soon followed. Well drilling jobs led to many new construction projects that included landscaping and lawns, prompting the launch of an underground irrigation division. This diversification and pursuit of new markets within the drilling industry itself provided a much broader revenue stream, helping to overcome the economic sting of seasonal downtimes.

The cousins continued to explore new markets and to expand the use of cutting-edge technology. Traut was one of the first companies in North America to use a roto-sonic drilling system. Rather than turning a rotary bit, this drilling method pushes a vibrating pipe into the ground, making it ideal for core sampling and wells drilled for monitoring purposes. Angular drilling into previously non-accessible areas such as riverbeds, lake bottoms and under roadways enabled the firm take the lead in yet another industry niche. On several occasions, equipment has been delivered bearing the serial number ‘1’ because we were the first to order that particular design. A second sonic rig was recently added; both are kept busy on projects all over the country.

Focus on treatment
Initially, water treatment revenues did not keep pace with the other departments. Staff members with other responsibilities made efforts to cover sales needs but this part-time approach was not fully successful. Due to a general lack of customer awareness of product availability, sales seldom exceeded a few units per month; more aggressive methods were needed.

Dave Traut approached me in 1996 about managing the water treatment division, knowing I was formerly a salesperson at a local water treatment dealer. I understood firsthand the overlooked potential for water treatment services at Traut. As a competitor, I had happily taken advantage of opportunities they’d left behind. I joined the firm that year.

Our first task was to reorganize the product line with the help of a vendor willing to private label and customize the units. They provided us with new, customer-friendly literature to replace the technically heavy materials we’d previously used. The next step was establishing a financing option for customers, not only for water treatment but also for other products and services. Then we went to work pursuing those already existing, in-house opportunities.

A water treatment option was added as a line item on each written proposal for well customers. The customer, informed of the vital statistics of the new well (depth, flow rate and water quality), is encouraged to order the proposed water treatment (or upgrade) with installation to be completed as the well is made operational. New home customers find this particularly convenient since the cost of water treatment can be included in their construction loan.

The testing lab became another source of in-house leads. A drinking water safety check is often performed as part of a real estate transaction, or for the concerned general public. Each report is accompanied by a letter to the new (or existing) property owner, explaining how we can addresses any water quality concerns. Then, a courtesy call is made to determine if any issues remain.

Once sales programs were established for existing leads, attention was focused on expanding to new markets. Our advertising slogan, “We Know Water from the Bottom to the Tap”, was introduced to convey the complete services available from Traut. We networked, becoming active in civic organizations and associations. Access to non-well customers was achieved through participation in local newcomer services, targeted direct mail campaigns and participation in area trade shows and fairs.

In 1999, Traut launched ‘Water Expo,’ an annual full-day event that offers food and prizes are provided to prospective customers. Live radio broadcasts draw consumers throughout the day, while water treatment consultants are on hand for those who have free testing done. This often creates same-day sales followed by numerous after-event deals.

The results of these marketing efforts? We have a current volume of about 400 units placed per year with a six-to-sevenfold increase in water treatment revenue over the past 10 years. Solidly established in local water treatment markets as a whole, Traut’s real strength remains in the private well sector, which represents about 80 percent of our volume. 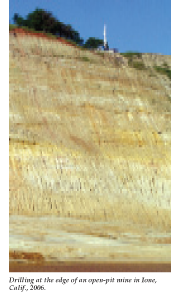 A pattern of results
Competition (from plumbers, big-box retailers, etc.) makes working with the easy water of municipalities less profitable. Problem water from private wells, however, is another story; it’s an area many competitors can’t or won’t handle. We’re not afraid of a challenge and, with the mix of conditions in central Minnesota, there are challenges galore! High levels of iron, tannin, manganese, hardness, nitrates and sulfur are not uncommon: sometimes all exist in the same well!

Customers regularly come to us after being frustrated by unsuccessful big-box attempts to treat their water. We insist on a specialized approach, often involving multiple units; therefore, we are not always the cheapest alternative and some prospects balk at the cost. Those that stick with us, however, are usually thrilled with the results. Success at these jobs provides us with a great referral network from customers who are happy to share their story with others.

Another area we’ve come to specialize in is the treatment of drinking water for dairy cattle. Central Minnesota has a strong dairy industry and our prospects in this market are many due to the number of farms and the same challenging water conditions as those plaguing homeowners. Like people, dairy cows don’t want to drink water that tastes bad. When we remove the foul-tasting impurities, farm after farm has shown cattle increasing their water intake and therefore production of milk. At times, this production increase is so dramatic that a system treating as much as 20,000 gallons of water per day will pay for itself in a matter of months. Cows don’t talk, but their owners do; like our residential customers, a lot of happy farmers are building a good referral network for us.

Conclusion
With a number of thriving departments, including water treatment, the future of Mark J. Traut Wells is promising. Rather than staying content with the success of current operations, the company is committed to innovation and the development of new ideas. At an annual planning meeting, each Division Manager presents a list of new marketing methods and technologies to be explored in the coming year. Our drilling division continues to add crews as we find new demand for technologies we’ve adopted. Additional product lines are being developed in water treatment in order to further capitalize on municipal customers. Through these and other aggressive strategies, Traut looks forward to continuing its position of industry leadership over the next 25 years and beyond.

Jim Gruenke is a 20-year sales veteran of the water treatment industry. For the last 10 years, he has been Manager of the Water Treatment Division of Mark J. Traut Wells, Inc. in Waite Park, MN. Gruenke is also responsible for marketing functions and public relations. He can be reached at (800) 728-5091 or email treatwater@trautwells.com.