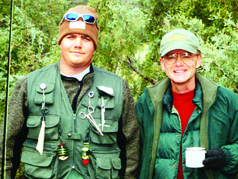 Terry Heckman didn’t start out in water technology; he found a back door entry from the solar industry. Nearing 22 years in sales, he happily recounted his footsteps for WC&P.

Heckman began in solar technologies as a regional distributor for product pioneer Resource Technologies, Inc. He focused on retail operations at first, branched out to wholesale opportunities and then into factory direct sales. Heckman met Fox Environmental in Dayton, Ohio, a company that wanted to bring solar and water treatment together. It was a challenge Heckman was ready to tackle; he closed out his distributorship in 1985 to become Fox’s National Recruiter. 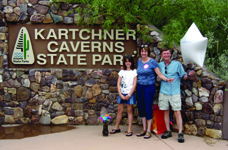 While at Fox Environmental, Inc., he discovered that Enting Water Conditioning was manufacturing components for Fox. Enting presented a new opportunity and Heckman transitioned into a Director of Sales position. While there, he developed a close relationship with Autotrol Corporation. Heckman was told of the impending retirement of Autotrol’s Regional Account Manager and applied for the position, becoming Western States Sales Manager in 1990. Moving from one company to the next continued. Osmonics acquired Autotrol in 1992 in a seamless transition that found Heckman promoting the former company name as a product brand and continued with GE’s acquisition of Osmonics. Today, he is Regional Account Manager for 13 western states, working directly with his customers from the regional sales office located in Phoenix, Arizona.

WQA importance
Heckman’s success can be viewed through his activities in the industry’s regional and national Water Quality Associations (WQAs). He enthusiastically promotes association participation and membership as a means of access to a host of resources. His own involvement in the Pacific Water Quality Association (PWQA) has led to the presidency of that group, a position he assumed at the Association’s 49th Annual Convention and Western States Trade Show last autumn. Heckman emphasized that in this new role, one of his primary objectives is to keep a watchful eye on legislative policy and chloride discharge issues. Attention to legislative activities in Sacramento is of paramount interest. “California is a bellwether state and what happens there does, indeed, migrate across the nation,” he declared. “TDS and chloride issues are not specific to California; we don’t want to drop our guard and be legislated out of business anywhere!”

Heckman wants PWQA membership to grow and become more active. After a decline of several years, a series of programs and activities has generated significant membership increases, as evidenced by higher attendance at the convention on the Queen Mary last October. Heckman has set a goal of attaining 30 new members by the next annual convention (scheduled for Temecula in October 2007). He views growth and participation as an important signal to legislators and members alike, noting that the vigilance of the regional organization presents a significant deterrent to unfavorable legislative activity.

Another focus for Heckman is an informational campaign aimed at educating consumers. Just as utilities are capable of misinforming consumers with inserts in billing statements, Heckman believes the water industry can achieve positive results by educating their customers through the same approach. He suggested a fact-versus-myth style as a starting point to combat the negative (and often misleading) information that has been sent to utility customers. In addition, a public relations campaign by mail is an opportunity for greater visibility and industry promotion.

Not all business
Heckman knows a well-balanced approach integrating business and leisure makes living more worthwhile. He spends much of his time traveling throughout his regional territory but his best trips are reserved for his family. During the summer, granddaughter Courtney (age 11, going on 18!) joins Heckman and his wife Judy and isn’t shy about reminding everyone that it’s her special vacation. Last year, the trio stopped by WC&P’s offices to share the highlights of their latest adventure. They had visited the geologic wonder of southern Arizona, Kartchner Caverns, where Judy was hailed as the destination’s one-millionth visitor, complete with gifts and fanfare. It was an unexpected turn that added a special flavor to their excursion.

In the fall, Heckman’s favorite choice for relaxation takes him to the great outdoors. Several years ago, he and his son Troy joined co-worker Tom Leunig’s group trek to Wyoming for camping and fishing. What began as a yearly getaway evolved into a cherished fly-fishing event Heckman relishes. Another generation was initiated into the fold last fall when his nine-year-old grandson made the annual pilgrimage. “It gets pretty cold up there but Cody handled it well,” said Heckman. It’s still a little too rough an adventure for Cody’s five-year old brother Chase. “They look forward to spending time with Grandpa no matter where they are and Chase knows he’ll get to join us in Wyoming before too long.”

Perspective on the future
“I cannot speak for the entire GE Water & Process Technologies organization, but our group is focused on the mission and continuing efforts to be a leader in water treatment equipment and dealer support,” Heckman said. “The challenges in the west are somewhat different from those in other parts of the country. Due to rapid development in many western states, communities are dealing with dwindling water resources due to a prolonged drought and increase water usage.”