International Conference on Desert and Desertification – Challenges and Opportunities 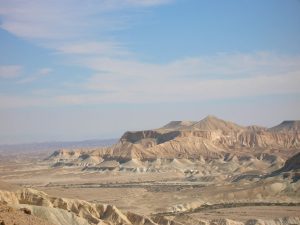 Nearly 50 percent of the earth’s land mass constitutes drylands and desertification has emerged as one of the planet’s most acute environmental problems. The United Nations (UN) General Assembly declared 2006 as the “The International Year of Deserts and Desertification”1, inviting all countries to launch events that encourage efforts to combat desertification and to raise public awareness about this critical global challenge. The Israeli initiative in organizing an international conference on this issue was welcomed by the UN General Assembly.

Over 200 people from 30 countries gathered to participate in a special conference, “Deserts and Desertification: Challenges and Opportunities.” It was organized by the Jacob Blaustein Institutes for Desert Research (BIDR) at Ben-Gurion University of the Negev, in association with the UN Convention to Combat Desertification (UNCCD)

About the conference
Throughout the four-day assembly, efforts were made to address the effectiveness of different initiatives employed to combat desertification and to share a variety of opportunities available for maintaining a reasonable quality of life and sustainable livelihoods in the drylands. Conference organizer Professor Alon Tal explained 2, “We are attempting to assess different domestic policies and strategies in countries affected by desertification. We have brought together social activists and scientists, technicians and politicians, so that they can confront the urgency of combating desertification.”

International experts came together with practitioners to discuss, debate and present recent findings on a range of issues and controversies associated with desertification.

Beyond the academic and professional proceedings, the conference included a day and a half of site visits to see local efforts to combat desertification as well as a broad menu of agricultural and economic development initiatives in the local semi-arid and arid regions.

The first day featured presentations that elaborated on the distinction between deserts and other drylands. International experience in developing desert regions and combating desertification in non-desert drylands were also explored. The second day dealt with drivers of desertfication and policy interventions. A distinction is frequently made between the direct physical drivers of desertification (e.g. deforestation, overgrazing) and indirect drivers which include such factors as the status of women, family planning decisions, or land tenure dynamics. While much research has been conducted in each area, the linkages and synergies between the two are not always apparent (and indeed are the subject of some disagreement). The second day of the conference focused on the interplay between these drivers and their policy implications.

On day three, the session looked at opportunities in the drylands and strategies to avoid land degradation and restore degraded land. This included the need to include non-agrarian economic opportunities that take advantage of the unique opportunities in drylands. A series of trips took place in order to explore a variety of local initiatives highlighting alternative livelihoods in drylands, as well as successful and unsuccessful initiatives to develop them sustainably.

On the fourth day, the issues presented and discussed concerned local models for sustainable development in drylands. Case studies of both successful and unsuccessful efforts to pursue dryland sustainable development and examples of opportunities afforded by desert conditions were presented, while discussing the importance of international experience and the replicability of projects. 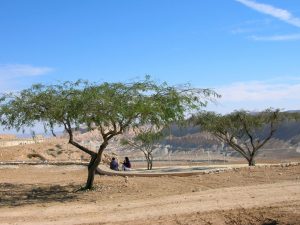 The UNDP statement
During the conference, a statement was issued by the UN Development Programme3, expressing its wish to continue its collaboration with Israel. The Israeli government provided a senior advisor to UNDP’s Drylands Development Centre to manage advisory services in Latin America as part of that program. In addition, discussions are under way for Israel to provide agricultural advice in Africa. The UNDP has also recognized the successes of Israeli farmers in making harsh, dry and hot environments productive by: 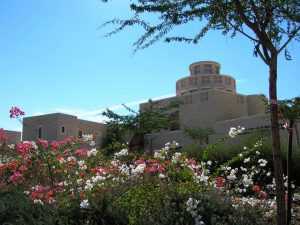 Another factor that is much less well understood is the importance of markets and importance of producing crops for specific markets had been marked as well. The UNDP outlined Israeli expertise at tailoring their production to the demands of the marketplace. Where markets have not existed locally they have traveled internationally to develop new ones, while setting standards in production and becoming experts in meeting the standards required by global markets. Without this access to markets, Israeli technology and innovation could not have been so successful.

In other dry parts of the world, unfortunately, poor farmers aspire to adopt better technology and to improve their crop yields. Tragically isolated from even local markets they are unable to either buy the agricultural inputs they need or sell their products. This leaves them trapped in poverty and unable to invest in improvement. In addition to Israel’s technical agricultural knowledge, the developing world needs access to its marketing knowledge and skills. 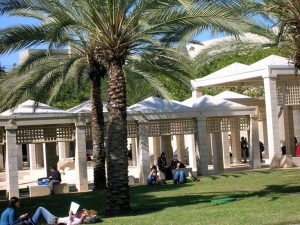 Summary
The conference at Sede Boker tried to send a message to Israelis as well as to all countries representatives who had attended it that with ingenuity and respect for ecological constraints, the drylands can be a source of economic opportunity and spiritual edification. Per professor Alon Tal of the the department of desert ecology in the Blaustein Institutes for Desert Studies, Israel, to a great degree, serves as a living proof that when a country makes soil conservation, irrigation and sustainable desert agriculture and forestry a national priority, trend need not be destiny 4.

A recent comprehensive report sponsored by the World Bank – the “Millennium Ecosystem Assessment” estimates that 10 percent-20 percent of the world’s drylands suffer from significant degradation, that is six million-12 million square kilometers of lands that can no longer produce yields according to their natural potential. Some 400 million of the world’s poorest people are negatively affected and sadly, international efforts to address the myriad causes have been inadequate while in many regions desertification is expanding.

About Ben-Gurion University of the Negev (BGU)
Created in 1969 with the mandate to bring development to the region and is internationally recognized for its unique pioneering spirit that combines academics and research with a commitment to the community.

About the Blaustein Institute for Desert Research
The Institute for Desert Research was established in Sede Boqer in 1974 through a resolution of the council for higher education in 1972, followed by a decision of the Israeli government in 1973. After the Jacob and Hilda Blaustein Foundation made a generous contribution to Ben Gurion University, the institute was renamed the Jacob Blaustein Institutes for Desert Research (BIDR). Some 65 scientists, 60 technical and administrative staff members and over 100 Israeli and foreign research students constitute a balanced blend for carrying out basic and applied research related to “Desert Sciences”. In 1998 the Albert Katz School of Desert Studies was established as part of the Ben-Gurion University of the Negev on the Sede Boqer campus that serves as a home for graduate students in a range of disciplines associated with deserts and desertification.