The Business of Water 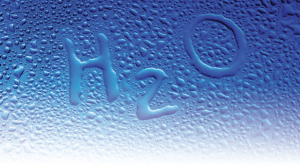 “The human right to water entitles everyone to sufficient, safe, acceptable, physically accessible and affordable water for personal and domestic use.”
General Comment 15 (2002), The Right to Water

Every day around the world, we can be struck by the safety and scarcity of our water supply, if we choose to look. Late last year, China and Russia found themselves dealing with the contamination of their water supplies in the northeast from a chemical plant explosion in Jilin, China, that dumped benzene and nitrobenzene into the Songhua River.

According to the China Daily news agency, “The tip-off was a trail of dead fish in the Songhua River.” It went on to state that, “a monitoring station found on Nov. 20 that benzene and nitrobenzene levels were far above state standards—with nitrobenzene at one point 103.6 times higher than normal.”

An article by the Associated Press detailing the incident concluded with the following rather chilling observation: “The disaster highlights the precarious state of China’s scarce water supplies. The country is trying to meet competing demands from its 1.3 billion people and booming industry, while the government says major rivers are dangerously polluted. With its huge population, China ranks among countries with the smallest water supplies per person. Hundreds of cities regularly suffer shortages of water for drinking or industry. Protests have erupted in rural areas throughout China over complaints that pollution is ruining water supplies and damaging crops.”

With the world’s largest population and fastest growing economy, China will be spending billions of dollars (US) over the next 10 years to address the current water crisis. And they are not alone. Countries around the world face similar water issues, with many lacking the financial means to improve the water for their citizens.

Isolated markets
While there are many companies today that offer a myriad of products and technologies which effectively improve the aesthetics and quality of water at a point of entry (POE) and point of use (POU) level, most of this equipment is sold in the Western Europe, Japan, Canada and United Statess. Very few companies and products are designed to effectively and economically address the types of water contamination problems found in developing countries.

According to World Health Organization (WHO), as of 2002, 1.1 billion people around the world lacked access to improved water sources. At the time, that number represented 17 percent of the total global population. Today there are numerous technologies available to residents looking for POE or POU. These include oxidation chemicals (with chlorine being the most common), ozone, ultraviolet (UV), sediment and carbon filtration, ion exchange, reverse osmosis (RO) and distillation. Of these, only certain types of oxidation along with sediment and carbon filtration can be considered economically viable for people living in regions of the world where clean, safe drinking water tends to be a luxury. 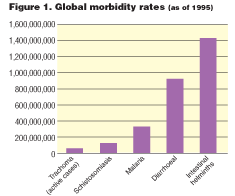 While today those in the more developed nations enjoy the luxury of relatively clean, economical and safe drinking water, there have been several well-

publicized cases where even this most essential need could not be taken for granted. Such were the cases of residents in Milwaukee, Wis., when 400,000 became ill and more than 100 died during the cryptosporidiosis outbreak in 1999. Or in Walkerton, Ontario when, due to well contamination from livestock waste, an outbreak of E. coli resulted in 2,300 illnesses and seven deaths. These were two highly publicized examples underscoring the potential ramifications to the human population. Yet just 10 years ago in Africa it was estimated that only 46 percent of the total population had direct access to safe drinking water.

Support needed for positive results
This is not to ignore the world’s tremendous progress since 1845 when John Snow tried adding chlorine to water in an attempt to control an outbreak of cholera in London. In fact, organizations such as WHO, the UN and the Asian Development Bank (ADB) have made tremendous strides in their efforts to improve the world’s drinking water. Target 10, an initiative to halve the number of people without access to safe water and sanitation by 2015, has already started to yield positive results in the Pacific region.

Yet what are the leading water treatment companies in the west doing to provide economical options for these regions? While many of these companies are to be applauded for their generosity and support during times of natural disaster—such as in the cases of the relief efforts following the tsunami in southeast Asia and hurricanes in the Gulf Coast region—what investments are being made toward new technologies that can provide acceptable drinking water to the world’s impoverished communities?

Technologies such as carbon filtration, oxidation and membrane separation may offer potential in the future and many water treatment companies are focusing their efforts on the improvement of these technologies. What percent of R&D is earmarked toward treating pathogenic water and water containing heavy metals versus improving the aesthetics of microbiologically ‘safe’ water that falls within the limits of today’s MCLs?

Conclusion
While today there is no single economical panacea for POE/POU treatment in areas where water supplies are unsafe, finding a way to combine the benefits of these technologies may provide a solution. With threats from natural disasters, water shortages, contaminated supply lines and ineffective monitoring equipment, those of us in the industry must do our part to ensure a safe supply of this most precious natural resource—for everyone.

About the author
Tom Cartwright, International Sales Manager for Myron L Company, has been in the water industry for 20 years and holds several patents related to residential water treatment. Cartwright was formerly with GE Osmonics as Global Business Manager, Household Drinking Water. His current position requires extensive travel, giving him a worldwide view of the water industry. Cartwright can be reached by email at tcartwright@myronl.com.