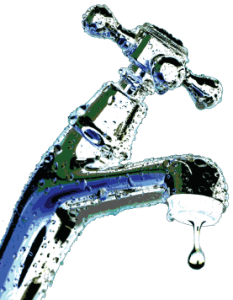 As water treatment professionals, maybe you’ve been alerted to news stories suggesting a connection between tap water consumption and bladder cancer, but are these headlines true or just media hype? Although the most recently reported association of tap water consumption with bladder cancer is indeed based on numerous epidemiological studies with an international scope, all scientific research must be carefully evaluated; not just in terms of the data found, but also for the information possibly missed.

The study that has everyone talking again about tap water consumption and its relationship to bladder cancer was published in the International Journal of Cancer (April 2006). Looking at data from six epidemiological studies, conducted in five countries worldwide (Canada, Finland, France, Italy and two in the United States), a significant association was found between tap water consumption and bladder cancer among men. The risk increased with consumption of greater volumes, suggesting that carcinogenic chemicals in tap water were responsible for the increased risk. While the information presented appears to be sound, it is important to understand the limitations of the study approach so that the data can be appropriately analyzed with respect to public health significance.

The science of epidemiology
Epidemiology is the study of disease in a population. Using statistical analyses, an epidemiologist can identify particular patterns of disease by looking at test and control groups. While there are many different types of epidemiological studies, one example is where a test group might be those exposed to a certain hazard while the control group was not exposed and each group is monitored for subsequent effects. Ideally, the control group is identical to the test group except for exposure to the hazard of interest. There are several major problems with epidemiological studies. They are not a very sensitive measure of adverse effects, since the differences between the control and test group must be significant to be observed and recorded. Thus, adverse effects from low-level exposures may not be recognized.

Secondly, epidemiological studies are inherently subject to confounding factors that may skew a researcher’s overall conclusions. It may be assumed that an association between exposure to an identified hazard and the manifestation of disease is causal, but this may not be the case as other factors may play a role. For example, suppose it was reported that there was an association between coffee consumption and lung cancer. The causative factor, however, is smoking since coffee drinkers are also more likely to smoke. If the researchers weren’t aware of smoking as a confounding factor, they might mistakenly conclude that drinking coffee causes lung cancer. This example is obvious, but some confounding factors are much less so. If the confounding factor is recognized, the data can often be adjusted accordingly.

Study details
Previous studies have looked at the beneficial effects of drinking large volumes of tap water in consideration of the likelihood that increased fluid intake would dilute carcinogens in the bladder. Frequent urination would also decrease urine retention time and thus carcinogen exposure time. While some studies show a positive effect of increased fluid intake, others have not. An explanation for inconsistent results might include the quality of the fluid being consumed. The recently published study, showing a link between increased tap water intake and bladder cancer, collectively analyzed data from a total of 7,899 volunteers (2,749 cancer cases and 5,150 cancer-free controls). In epidemiology, the greater the population size, the greater the strength of the study; thus, inclusion of such a large population inherently adds to the validity of the results.

Over the years, bladder cancer has been consistently linked to excessive coffee consumption in smokers and to drinking chlorinated water supplies. Adjusting for exposure to chlorine by-products (i.e., trihalomethanes or THMs) and other variables, such as smoking, reduced the overall risk of bladder cancer in this study but a significant risk was still associated with tap water consumption when considered alone. Adding validity to the conclusions is the fact that there was a dose-response effect, meaning that as the dose of tap water increased, so did the risk of adverse effects. In males, consumption of greater than two liters of water per day was associated with a 50 percent increase in risk of bladder cancer compared to those who consumed half a liter or less per day. In addition, when each of the six studies was evaluated individually, an increase in bladder cancer with tap water consumption was consistently identified, leading the researchers to point out that chance was an unlikely explanation for their results.

Gender biased
It is a curious fact that the cancers were only detected at an increased level in men who consumed tap water and not women. Similarly, cancer related to THM exposure was evident for men and not women in this dataset. The researchers theorize that differences in consumption patterns could not explain why men were more affected than women and suggested that other factors such as environmental and dietary exposures, anatomic or hormonal differences, or even urination habits should be investigated.

Despite a gender bias and inconsistent reports in the historical literature, this study seems to have sturdy legs to stand on or to at least justify continued research. As mentioned earlier, epidemiology is not a very sensitive science and is complicated by unknown confounders. In addition, this study provides no evidence as to what specific factors related to tap water are causing an increase in cancer, where other drinking water sources (i.e., bottled water) show no association. Water is clearly a heterogeneous mix of contaminants, with vast geographical and temporal fluctuations. Little is known about the combined effects of multiple contaminants found in drinking water, thus a study of single contaminants and their association with cancer risks would not provide a complete picture of overall exposures.

What should the public do?
Knowledge gaps are still recognized with respect to identifying specific carcinogens in water or water-based fluids and evaluating the benefit of increased fluid intake as it relates to reduced exposure times and increased voiding frequency. Although this study has again linked tap water with carcinogenic effects, the researchers are quick to point out that the implications to public health are uncertain and thus do not make any specific recommendations as to drinking from a higher quality water source. They do however, state that, “water distributed to the population should be of the highest quality feasible”. Without question, production of the highest quality water feasible involves the use of appropriate treatment from a properly maintained purification system at the point of use, whether from a commercial bottled water retailer or in an individual’s home. Such applications resulted in significantly lower risk in this study and are likely to be identified in future studies as well.