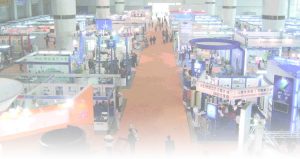 This column normally addresses topics within the realm of the NSF/ANSI DWTU Standards. I’m going to take a departure from the norm this month, based on a series of recent conversations with manufacturers and with the esteemed executive editor of WC&P. I had the great fortune to attend and exhibit at Water China, a large trade show in Guangzhou, from March 6 to 9. My experiences and observations have proven to be interesting to many of those I’ve spoken with. As a result, I have formatted this column as a report on statistics, observations and adventures associated with my Water China experience. I hope you find this topic to be as intriguing as those I’ve discussed it with.

A large event in a large city
Guangzhou is located in southern China, about three hours north of Hong Kong by train. With a population reported to me as about 11,000,000 at present, it is a major metropolitan area. Life in Guangzhou is quite fascinating from my American perspective. I won’t go into great detail here, but I will mention that travel to Guangzhou is much more enjoyable if you have an open mind with respect to food. My rule was to never ask what it was—just to eat it! And in most cases, it was quite good (note that I said most cases—not all!). 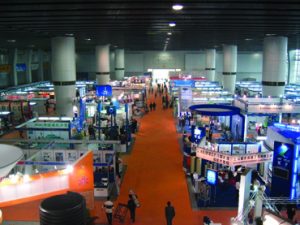 In step with its positioning in a major metropolitan area, Water China was a major trade show, organized by the China Foreign Trade Guangzhou Exhibition Corp. and MEREBO Messe Marketing, from Germany. MEREBO coordinated and facilitated the international participation. The venue, Guangzhou International Convention & Exhibition Center, is a massive facility. As the largest tradeshow facility in Asia, it is comprised of multiple exhibit halls of generous proportions. Water China covered one of these halls in its entirety, which was 12,000 square meters of floor space (almost 130,000 square feet). According to MEREBO’s website, there were 333 total exhibitors at the show. About 75 percent of them were Chinese and 25 percent were international, from 23 different countries.

Because Water China actually encompasses three different trade shows, Water China, PVP (Pump, Valve and Pipe) China and AW (air and waste treatment) China—many of the exhibitors were not in the POE/POU manufacturing area. By my estimate, based on walking the floor, there were about 50 POU and POE related exhibitors at the show. Although they did not dominate the offerings, they were a very significant presence. 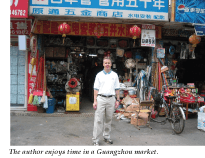 Attendance was excellent—MEREBO put the attendance figure at over 10,000 with about 90 percent of them Chinese and the other 10 percent international, scattered across 56 countries. The tradeshow covered four full days and it seemed from traffic at our booth that the attendees were different each day. They included distributors, manufacturers, students and others.

POE and POU emerging in China
I had the opportunity to walk the floor and speak with many of the exhibitors in the POE and POU market, with the translation assistance of my colleagues from NSF’s joint venture partner in China, NSF Shanghai Co. Ltd. A wide variety of technologies were represented. Most prevalent was reverse osmosis, with multiple manufacturers showcasing their products. There were also exhibits of filtration products, ultraviolet systems and water softeners. Many of these products currently have no third party certification, although the manufacturers that I spoke with had a good degree of awareness of the existence NSF/ANSI Standards and knew that certification to them was important for the American market. Those manufacturers interested in exporting to the U.S. were quite interested in certification requirements, including the testing requirements in the NSF/ANSI Drinking Water Treatment Unit (DWTU) Standards. Although their baseline awareness was high, the depth of their knowledge of testing and other details of the Standards was not great. I hope that my visit and discussions helped to expand the understanding of those I spoke with, although this certainly only scratched the surface of the kind of educational effort needed to truly raise understanding in the manufacturing community.

It was surprising to me that many of the manufacturers were targeting domestic sales. They indicated that they had great opportunities domestically, given concerns over the water supplies in China. Currently, most Chinese rely on bottled water. No one drinks the tap water in Guangzhou. My hotel was very clear in informing me of this immediately upon arrival and provided two bottles of water for me each day as they made up my room. The manufacturers that I spoke with believe that they can capitalize on this situation to increase domestic sales of POE and POU systems, with the main focus on POU.

Even those manufacturers intending to sell domestically had some interest in certification to the NSF/ANSI Standards. They viewed this certification as an indication of product quality and one potentially worth having for domestic sales as well as American sales.

Other trends
One interesting observation was the number of international companies moving their manufacturing operations to China. Many readers are aware that there is currently a wave of relocations occurring for U.S.-based manufacturers. Less and less manufacturing of POU and POE products is occurring in the U.S. with each passing year and a large percentage of the manufacturing is moving to China. But many may not be aware that international companies are also moving manufacturing operations to China, including those based in Hong Kong and Taiwan. Several Hong Kong-based and Taiwanese companies that I spoke with had either recently completed moves or were in the process of moving their production to mainland China.

Many of the Chinese that I spoke with expressed the view that they are currently riding a wave of opportunity. They can see the influx of manufacturing. In fact, there is so much construction in Guangzhou that even a casual traveler like me could see that the growth is phenomenal. But a wave tends to crest and ebb and many of those I spoke with believe that this will eventually happen in China, too. They viewed themselves as being fortunate to be in business in China during the peak of this wave and they are working extremely hard to benefit from it while they can, before the wave moves on to another region, such as India.

The future of Water China
China Foreign Trade Guangzhou Exhibition Corp. and MEREBO Messe Marketing already have plans for Water China 2007, scheduled from March 7 to March 10 next year. Based on the fact that they had an 18 percent increase in exhibitors in 2006 (as compared to 2005), they expect the show to continue to grow and be successful. I am hoping to return, to further interact with the players in this emerging market and follow its development.

With the influx of Chinese manufacturing of POE and POU systems for export and the potential for a large domestic market, the future of the Chinese POU and POU market is currently very bright. Those with an international focus would be well advised to keep their finger on the pulse of China, as it rides the wave and beyond.

About the author
Rick Andrew has been with NSF International for over six years, working with certification of residential drinking water products. He has been the Technical Manager of the Drinking Water Treatment Units Program for over three years. His previous experience was in the area of analytical and environmental chemistry consulting. Andrew has a bachelor’s degree in chemistry and an MBA from the University of Michigan. He can be reached at 1-800-NSF-MARK or email: Andrew@nsf.org