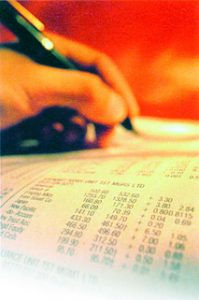 As the arsenic rule rolls into effect, there are more real world projects going on-line and a better understanding of the real costs and actual impact that rule is having on large and small communities alike.

In Arizona, it was recently reported that one water system is moving forward with the installation of a $20 million media-based arsenic treatment facility just outside Phoenix. Not an uncommon cost analysis for a fairly large water system in the Southwest. Based upon the cost for this arsenic treatment system and the population of the water system, the average water bill for these customers is anticipated to increase an astronomical 252 percent—going from $25 to $88 per month.

Another real-world example, as reported during the EPA Arsenic Road Show, was the AwwaRF arsenic project utilizing a standard GFH media in a southwest New Mexico community. This water system has approximately 475 connections and serves as a good representative for standard New Mexico water conditions. Following the installation of the well head arsenic treatment plant and including all peripheral costs like engineering costs, approvals to build and construct and the pre- and post-treatment costs the average water bill for these customers will increase 104 percent: from an average $24.50 per month to $49.68 per month.

Here we have examples of two communities that have gone through the process of installing an arsenic treatment program and are now in compliance. In many cases in order to front the money to complete this process, these small water utilities need to obtain loans, often through federal or state programs that have been set up to help, such as the USDA Rural Development Program. A real concern for these communities that are now stretched financially beyond their means and have already taxed their customer base 104 percent or 252 percent rate increases, is what happens when the next regulation comes down the line? What recourse will they have if another water treatment plant is needed in order to treat for some new concern? Many of these same water systems will be affected by the Long Term 2 Enhanced Surface Water Treatment Rule and others concerning disinfection by-products, uranium or perchlorate, to name a few. There is also growing information and concern regarding endocrine disruptors in the water and the effect they may be having on the population. The U.S. EPA has more information about these and other regulations on its website (http://www.epa. gov/safewaterstandards.html)

Some of these regulations are close upon us and others are years off; however, the question is that as these new regulations continue to be promulgated, where does the cost increase to the consumer end? How much will a consumer spend for that eight-ounze glass of tap water and is it worth the same amount as the water that is used to irrigate the lawn or flush down the toilet?

There is widely varied acceptance of the decentralized (or POU) treatment program. Some states (like Arizona) have completely embraced the program and have gone as far as developing a comprehensive application and operations and maintenance package in order to facilitate the implementation of a POU compliance program. Because of this, there are a growing number of communities, ranging in size from 16 connections to over 200, that are now successfully utilizing POU for compliance.

Other states (like Nevada, New Mexico and Utah) agree POU is a viable means for compliance, but have reservations regarding the program, so have placed different size restrictions (under 200 connections, under 100 connections, etc.) for those communities wanting to utilize this approach for compliance. Many of these states are looking to these smaller communities to blaze the trail in the state regulatory body to use the decentralized treatment.

Just as there have been large centralized programs going on-line, there have also been smaller POU programs that have provided real-world numbers regarding the cost for the project. There are different costs for different communities based on how many units are used; if there is a blend of POU and point of entry used and if the installation and operation is contracted out, or if it is internalized. However, based upon the projects that have been run through Watts Premier, the cost per household for this decentralized treatment program ranges from $6-$15 per month. Even at the high end, POU is well below the $25.18 increase that was needed for the New Mexico community with 475 connections. Moreover, through POU RO, these small communities will be in compliance with many of the new regulations as they come down the line without needing to heavily invest in a new well head treatment plant.

POU myths versus facts
There is a lot of misinformation regarding POU programs, (i.e., only good for under 25 connections, will not work if the water is to cold, cannot be used in low pressure systems, cannot treat for Arsenic III, etc.) which are sometimes stated due to the truly competitive cost structure of the POU programs. It is a true paradigm shift in how we think about treatment as the U.S. has always used centralized water treatment. In many cases decentralized treatment will never even be mentioned to the small community as a compliance option by the state or contracted engineer, even when it could save tens or hundreds of thousands of dollars. The status quo, as well as the paperwork trail, lead through the same comfortable, yet costly path of well head treatment.

Small communities ahead of the curve
In the end, all communities large and small will need to have a low-cost solution for these ongoing compliance issues and not just for arsenic. POU (and specifically POU reverse osmosis) provides this ability by treating only the drinking water and not the working water of the household or facility. In doing this, significant cost savings can be had and not just today, but also moving forward as new regulations are enacted. As small communities blaze the trail for decentralized treatment and new information about water standards and contaminants emerge, who is to say that even the larger, dare we say, large water districts may come to see the merit in a decentralized treatment approach.

About the author
Shannon P. Murphy is Vice President of Municipal Water Programs for Watts Premier Inc., a division of Watts Water Technologies, of North Andover, Mass. Murphy has a bachelor’s degree from Concordia University in Montreal, Canada, in biology and master’s degree from Wayne State University in Detroit. Murphy has also been a member of the WC&P Technical Review Committee since 2004. He can be reached at MURPHYSP@wattsind.com