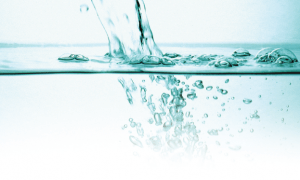 Introduction
For the last 30 years, protection of the environment has been steadily moving up on the priority list of concerned citizens. Issues such as the hole in the ozone layer, the greenhouse effect, overflowing landfills, acid rain, destruction of the rain forests and overpopulation have created an attitude of conservation and environmental responsibility throughout the world.

Responsible manufacturers are beginning to realize the potential economic benefits of resource recovery, as well as the somewhat intangible rewards accrued by an image of responsible environmental stewardship.

The membrane separation technologies of microfiltration, ultrafiltration, nanofiltration and reverse osmosis possess characteristics that make them attractive as recycle and recovery processes, including:

It is virtually impossible to accurately design a wastewater reuse system utilizing membrane technologies without a complete and comprehensive testing program. This is necessary to identify the best membrane polymer and element configuration and to optimize the system design and operating conditions.
In this article, fundamentals of these technologies are introduced, engineering design requirements addressed and testing details described.

Background
Membrane technologies are based on a process known as crossflow or tangential-flow filtration which allows for continuous processing of liquid streams. In this process, the bulk solution flows over and parallel to the membrane surface and, because this system is pressurized, water is forced through the membrane. The turbulent flow of the bulk solution over the surface minimizes the accumulation of particulate matter.

The crossflow membrane separation technologies of Microfiltration (MF), Ultrafiltration (UF), Nanofiltration (NF) and Reverse Osmosis (RO) are defined by some membrologists on the basis of pore size. Other experts prefer to use definitions based on the removal function, as follows:

The above processes (MF and UF) separate contaminants on the basis of a sieving process; that is, any contaminant too large to pass through the pore is rejected and exits in the concentrate stream.

Both NF and RO membranes reject salts utilizing a mechanism that is not fully understood. Some experts endorse the theory of pure water preferentially passing through the membrane; others attribute it to the effect of surface charges of the membrane polymer on the polarity of the water. Monovalent salts are not as highly rejected from the membrane surface as multivalent salts; however, the high rejection properties of the newer thin film composite RO membranes exhibit very little differences in salt rejection characteristics. As indicated earlier, this difference is significant with NF membranes.

In all cases, the greater the range of contaminant removal, the higher the pressure requirement to effect this separation. In other words, reverse osmosis, which separates the widest range of contaminants, requires an operating pressure typically on an order of magnitude higher than microfiltration, which removes only suspended solids.

The water passage rate through membrane (to generate permeate) is known as the flux rate. It is a function of applied pressure, water temperature and in the case of NF and RO (and to a limited extent UF), the osmotic pressure of the solution under treatment. Flux rate is usually measured as GFD (gallons per square foot per day) or LMD (liters per square meter per day).

Increasing the applied pressure will increase the permeate rate; however, a high flow of water through the membrane will promote more rapid fouling. Membrane element manufacturers usually provide limits with regard to the maximum applied pressures to be used as a function of feed water quality. Heating the water will also increase the permeate rate, but this requires significant energy and is generally not considered practical. 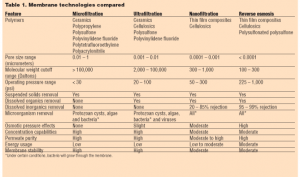 Table 1 summarizes the various properties of these technologies. 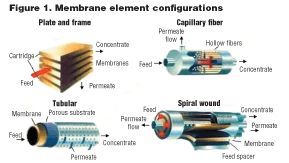 Tubular
Manufactured from ceramics, carbon, stainless steel, or a number of thermoplastics, these tubes have inside diameters ranging from ¼ inch up to approximately one inch (6 to 25 mm). The membrane is typically coated on the inside of the tube and the feed solution flows through the interior (lumen) from one end to the other, with the permeate passing through the wall and collected on the outside of the tube.

Capillary (Hollow Fiber)
These elements are similar to the tubular element in design, but are smaller in diameter, are usually unsupported membrane polymers and require rigid support on each end provided by an epoxy “potting” of a bundle of the fibers inside a cylinder. Feed flow is either down the interior of the fiber (lumen feed) or around the outside of the fiber.

Spiral Wound
This element is constructed from an envelope of sheet membrane wound around a permeate tube that is perforated to allow collection of the permeate. Water is purified by passing through one layer of the membrane and flowing into the permeate tube. It is by far the most common configuration in water purification applications.

Plate and Frame
This element incorporates sheet membrane stretched over a frame to separate the layers and facilitate collection of the permeate which is directed to a center tube.

Table 2 compares the element configurations with regard to their packing densities.

System performance
The vast majority of membrane system failures occur as the result of membrane fouling. This fouling is usually caused by one or more of the following mechanisms:

Note that the feed stream enters the system (or membrane element) and as the stream passes along and parallel to the surface of the membrane under pressure, a percentage of the water is forced through the membrane polymer producing the permeate stream (see Figure 2).

The percentage of feed stream flow that becomes permeate is defined as recovery. Contaminants are prevented from passing through the membrane based on the polymer characteristics. This contaminant-laden stream exits the membrane system (or element) as the concentrate stream, also known as brine or reject.

The permeate rate of a given membrane element cannot be changed without varying the applied pressure or temperature. Recovery, however, can be easily changed by varying the feed flow rate to the element and this is one of the variables that can be controlled by the system designer. 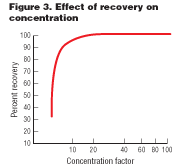 Figure 3. For wastewater treatment and water reuse applications, the minimum recovery is usually at least 80 percent.

The advantage of operating systems at high recoveries is that the volume of concentrate is small and the flow rate of the feed pump is smaller; the potential disadvantages are numerous:

The issue of recovery is definitely application specific: most water purification applications—those treating water to be purified for some down-stream application (drinking, product manufacturing, rinsing, etc.)—generally operate at relatively low recoveries, not exceeding 85 percent even for the largest applications. In general, most water purification applications involve feed water conductivities that are relatively low; the one exception is seawater desalination. Usually, the larger the system, the higher its recovery.

For wastewaters containing biodegradable contaminants, the traditional treatment method is to encourage the application of bacteria to break down the contaminant. This encouragement can take the form of adding oxygen (in the case of aerobic treatment), some sort of a mechanical matrix (for bacterial attachment), mixing and other approaches intended to maximize the metabolic activity of these microorganisms. MBR involves utilizing an MF or UF membrane to filter the treated water to remove particles and microorganisms. Compared to other biological processes, MBR offers the following advantages:

The device configurations most commonly used today are capillary fiber and plate and frame, although tubular devices are becoming more widely used. The most common biological treatment is aerobic and, typically, air is bubbled into the treatment tank. A very popular approach is to immerse the membrane element in the treatment tank and either allow the hydrostatic head of the solution to provide the driving force or to use a pump to pull the permeate through the membrane (or both). In this case, air bubbles are also directed over the surface of the membrane in an effort to reduce fouling.

Another design involves pumping the water through the membrane system external to the treatment tank, and yet another uses a separate tank for membrane processing downstream of the biological treatment tank. Additional designs and configurations are sure to appear as MBR technology becomes more widely used (see Figure 4).

Conclusion
Slowly but surely, the mindset of water recovery and reuse is reaching global proportions. Membrane technologies represent some of the most successful processes to realize this mindset. As the need increases and the costs become more acceptable, these technologies will become the lynchpins of water reuse and recovery.

About the author
Peter S. Cartwright, president of Cartwright Consulting Co., Minneapolis, is a registered professional engineer in several states. He has been in the water treatment industry since 1974 and has published more than 100 papers and articles on related issues. Cartwright has been chairman of several WQA committees and task forces and has received the organization’s Award of Merit. A member of the WC&P Technical Review Committee since 1996, his expertise includes such high technology separation processes as reverse osmosis, ultrafiltration, microfiltration, electrodialysis, deionization, carbon adsorption, ozonation and distillation. He can be reached at (952) 854-4911, (952) 854-6964 (fax), email: CartwrightConsul@cs.com or website: www.cartwright-consulting.com