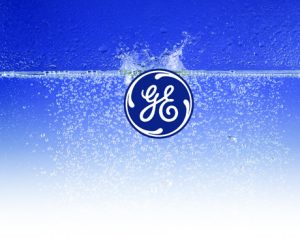 Increasingly, high valuation multiples in the water business reflect a high current interest in the industry, and are a reflection of the desire by many firms to “buy” their way into the business. Even so, at first glance, General Electric’s recent purchase of Ionics for almost $1.3 billion (including debt assumption) seems highly over-valued. Yes, valuations in the treatment and purification sector have shot through the roof over the last few years (witness the recent Danaher purchase of Trojan Technologies, for example) but at somewhere around 20 times EBITDA (earnings before interest, taxes, depreciation and amortization), almost three times revenue and a premium of 45 percent over the existing trading price, this deal seemed to set a new “high water” mark.

During the past few years, GE has forked over something like $3.5 billion to acquire roughly $2 billion worth of water revenue, in the form of Glegg, Betzdearborn, Osmonics and now Ionics. One might wonder exactly how GE does its financial analysis.

Yet, when looked at from GE’s perspective, perhaps this deal—and the company’s overall water strategy—looks a little different. When one considers that GE’s market capitalization is currently $375 billion—bigger than the annual budgets of most of the countries in the world—and that it has closed or committed to almost $42 billion worth of acquisitions this year, the perspective begins to change. According to the Financial Times of London, GE has conducted some $16 billion of what it refers to as “small” acquisitions during the last several years; indeed, it committed to some $8 billion of acquisitions during the month of November! So, while the Ionics transaction may seem like a pretty big deal in the water industry—and while it is in fact a significant restructuring of industry assets—it may be viewed a bit differently from within GE: Simply as an add-on.

General Electric has clearly decided that it is going to be a key player in the world water business. Depending upon how one slices and dices the market, GE is already one of the biggest, if not the biggest player in the North American water treatment business. In addition, the company appears to be focusing its effort on being able to serve the incipient desalination and water reuse marketplace—two of the most talked about and rapidly growing sectors of the water industry. If there are some pieces that GE thinks it needs in order to complete the puzzle—such as Ionics—the company has, several times now, clearly demonstrated its willingness to pay what it takes to establish that strategic position.

Five or ten years from now, assuming that GE is successful in its water endeavors, it may well be a world leader in a very strong market and few people are going to be losing much sleep over the fact that perhaps the company paid a handsome price to establish that stake. It will be increasingly difficult for other companies trying to build a water treatment and purification business to compete against that kind of strategy, commitment and financial strength.

About the author
Steve Maxwell is managing director of TechKNOWLEDGEy Strategic Group, a Boulder, Colo.-based management consultancy specializing in mergers, acquisitions and strategic planning services for water and environmental service businesses. Maxwell is also editor and publisher of The Environmental Benchmarker and Strategist, an industry newsletter covering competitive and financial developments in the broader environmental services industry. He can be reached at (303) 442-4800 or email: maxwell@tech-strategy.com