While many in the industry recognize the potential for business harm in the various water wars gearing up across the nation, PWQA members are already scarred from being on the frontlines. Their fight has galvanized the organization, which is experiencing a dual surge of growth and renewed commitment from industry members in the west.

Outgoing president Tony Pagliaro invited attendees to begin their future today and under his guidance the once-flagging group is newly envigorated. A new office for the association, nearly two dozen new members, a new executive assistant (great job, Kristi Pihl!), a new structure for the important PAC Fund and much more has come to fruition this year.

Conference chairman Mike Mecca created an event that brought many dealers, distributors and manufacturers to Pasadena, Calif. with five days of activities, classes, seminars, certification testing and more. The location meant many could visit the conference intermittently during their work week, as more than 70 percent of the membership live and work within an hour’s drive of the hotel.

Roundtable discussions, a golf tournament, the ever-popular auction hosted by Jon Pomeroy and several receptions and luncheons gave participants many opportunities to mingle and enjoy the gathering. Nearly 50 exhibitors made the trade show floor a nexus of innovation and information for all and buffet luncheons on the show floor turned it into a social destination as well.

New president Mark Howlett had his own personal color guard preside over the pledge of allegiance (sons Micah and Morgan proudly did the honors in their Boy Scout uniforms at full attention). He promised to rise to the continuing legislative challenges while increasing local activities and member services as a whole.

A moment of silence united the audience in memory of PWQA members who passed away this year, while a round of applause sent retiring board member and past president Anne Marie Finn on to new adventures. 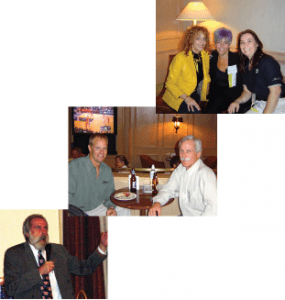 The WQA’s executive administrator Peter Censky discussed the revolutionary changes afoot in the industry as a whole, from the rise in POU and POE treatments in the third world to the fact that one half of all new housing in the United States is being built with septic fields—and the implications of both to the water treatment industry. He noted that science and technology are the driving force in a paradigm shift in how we deliver and treat water and urged the audience to partner with their local utilities today to work together with them tomorrow. 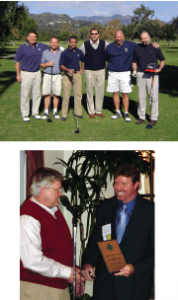 Those taking advantage of the conference to attain their industry certification benefited from a day and a half of training in water treatment fundamentals presented by Joe Harrison of the WQA. Friday and Saturday brought continuing education credits at a variety of educational sessions addressing every aspect of the purification and treatment industry. All were saddened that Vanna could not attend the auction as anticipated—but knowing Ron Reuf, plans are probably afoot to make her appearance next year bigger and better than ever. Kudos to Bubbles, who stepped up to the plate as a last-minute assistant to auctioneer Jon Pomeroy—the duo raised a whopping $6,000 for PWQA’s legal defense fund. Who would have thought Bob Denne would look so dashing in a choker?