On the Road: EWQA Annual Conference 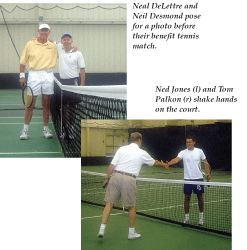 Few organizations can boast of the renaissance being experienced by the Eastern Water Quality Association and the best place to see their explosive growth was at their Annual Conference and Trade Show, held in Harrisburg, Pa. September 27-29.

For the first time, a full day pre-conference seminar was offered to the membership. Sponsored by GE Water Technologies, “Effective Business Prospecting in a Cluttered Business Environment—The Good, the Bad and the Ugly!” drew distributors, dealers and manufacturers interested in learning sales and marketing strategies from Adrian Miller, a recognized expert in the field. Simultaneously, golfers braved the threatening skies to participate in the Stan Ziarkowski Memorial Cup Golf Tournament at Dauphin Highlands Golf Course, where ultimately Judy Anderson of Aqua Finance, Inc. and Frank Consonni of G.A. Murdock were victorious. 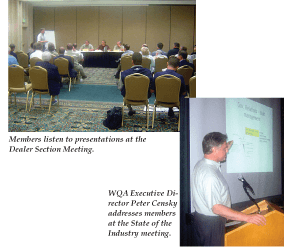 The largest issue facing EWQA membership is the change to Pennsylvania DEP’s criteria and processes for obtaining Certified Operator Certification. That made Veronia Kasi’s presentation a standing-room only event. Kasi is Chief of the agency’s Division of Technical Assistance. The state’s new act meets the Federal requirements for becoming a certified small water systems operator and includes mandates for continuing education, process control and valid testing. With over 72 percent of currently certified operators older than 42 years of age, there is a degree of urgency in establishing the new process, heightened by the fact that there are numerous counties where greater than 50 percent of the water systems are currently running without a certified operator. EWQA members are working with DEP and several noted they hope to get the agency to accept

WQA certifications obtained by members in lieu of state testing.

EWQA’s board meeting included reports from all operations committees and confirmed the growth of the organization under the leadership of president Bernie Palko of Duff Co. His report recapped the group’s significant triumphs this year, including the NJ Road Show last June, increased revenue and expanded conference offerings. Executive Administrator Jodi Snyder was applauded for her considerable aid in all those endeavors.

A new slate of officers was nominated, which the voting membership unanimously confirmed over breakfast on the last day of the conference. Mike Urbans of Res-Kem will succeed Palko as President at year’s end, while Jon Davis of Commonwealth H2O Blue Ridge and Mike Keller of Sybron Chemical will become the organization’s first and second vice presidents, respectively. Two new board members joined the group: Ann Wysocki of Atlantic Ultraviolet Corporation and Charles Kirschner of Hague Quality Water of Greater Philadelphia, filling vacancies that occurred this year.

Palko noted in his address at the membership breakfast that he had taken the reigns of the organization with the goal of doubling the membership. “I have failed to do that,” he noted, “but am proud to report that I have achieved an increase of 70 percent in our membership to date.”

With nearly two months left in his term of office, Palko may yet succeed. 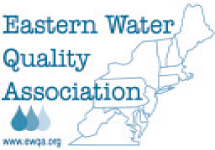