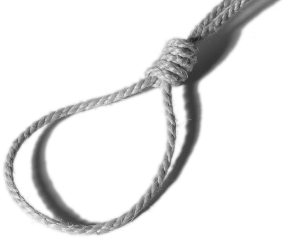 The recent decision of the U.S. Court of Appeals to uphold the constitutionality of the National Do-Not-Call Registry has left water equipment dealers and others who rely heavily upon direct-to-consumer telemarketing searching for answers. No doubt the federal legislation and its state law counterparts have taken the wind out of the sails of the telemarketing industry, and the laws have hit the marketing efforts of water equipment dealers (which are largely small- to medium-sized businesses) particularly hard. For most dealers, fax marketing is no longer an option and telemarketing is a risky, much less effective one.

In its March 23 release, the Federal Trade Commission (FTC) reported that consumers have registered 58.4 million telephone numbers on the National Do-Not-Call Registry. According to the FTC, most telemarketers have been diligent in their efforts to meet the registry’s requirements. The FTC further reported that a recent Harris Poll confirms “high levels of compliance” among telemarketers. What’s left unsaid is that telemarketing has become an unattractive marketing option almost overnight. For many dealers and small businesses, the introduction of the registry has meant abandonment of telemarketing altogether. Others have sought to soldier on “under the radar screen,” but a surprising number have been caught and have felt the sting of fines and enforcement actions for non-compliance.

With each round of amendments to the Telemarketing Sales Rule (TSR), the FTC has increased the compliance requirements for telemarketers. For example, telemarketers are currently required to “scrub” their lists (adding newly registered numbers) every 90 days. New provisions set to become effective next Jan. 1 will require telemarketers to scrub their lists against the registry at least every 31 days. Some in the industry have hired professional direct marketers in the hopes they can comply with the rules, and still others have attempted to chart a course that best complies with the rules. But most dealers recognize that with 58.4 million telephone numbers off limits, the value of traditional blinded telemarketing has lost much of its appeal for reaching their most coveted prospect¾ the upscale homeowner.

What do the no-call laws mean?
The Telephone Consumer Protection Act (TCPA) was first enacted in 1991 and authorizes the Federal Communications Commission (FCC) to adopt regulations implementing the TCPA. The regulations under the TCPA dictate, in some detail, limitations on the use of telephones and fax machines for advertising purposes. The first TCPA regulations focused principally on eliminating abuses from high-volume or automated telemarketers. [For more information, call (888) 382-1222, email: http://fccinfo@fcc.gov or website: www.fcc.gov/cgb/donotcall/]. The regulations set some general parameters for calling (hours, no calls to cellular numbers, etc.), but did not prohibit direct unsolicited telemarketing calls to consumers at home. Similarly, the FTC’s TSR had been in place to regulate abusive marketing practices but didn’t operate to restrict most telemarketing practices of small to medium-sized businesses. With an explosion in the use of telemarketing and the sheer volume of unsolicited consumer sales calls, however, the public demanded reforms and an effective means to “opt out” of the entire process. As a result, on Jan. 29, the FTC amended its TSR to establish the structure for the National Do-Not-Call Registry. On July 3, 2003, the FCC followed with regulations mirroring the FTC’s in many respects.

The regulations of the FTC and FCC are complex and detailed. In connection with telemarketing calls, along with a variety of technical requirements, the solicitor must provide the consumer with the telemarketer’s identity, the seller’s identity and contact information, and the material terms of any solicited telephone sale (price, terms and conditions of sale, refund policy, promotion terms, negative option features, etc.). The Caller ID information must be entered and accurate as well. The intent of the regulations is to ensure the consumer receives a high degree of transparency and truthfulness in the call and to combat deceptive practices. In this respect, compliance with these general requirements by the ethical water equipment dealer isn’t unduly burdensome and can be reasonably manageable. Still, the cumulative effect of the introduction of an affirmative consumer opt-out process and the National Do-Not-Call Registry is to create an altogether different burden.

The registry is a nationwide database of consumer telephone numbers telemarketers may not call, absent a narrow exception. Telemarketers must update it every 90 days (every 31 days after Jan. 1). The exceptions for a dealer or other small for-profit business are narrow such as unsolicited calls from consumers (except “upselling”), calls made with express prior written consent (which consent identifies the number to be called) and calls made when there is an established business relationship. The latter exception requires a purchase from the dealer within the past 18 months or an unsolicited inquiry within the past three months. More importantly, if the consumer requests that he or she be placed on a company-specific Do-Not-Call list, the dealer must honor that request even if there’s an established business relationship or the consumer’s telephone number doesn’t appear on the registry.

A seller engaged in telemarketing:

Added to the complexity of compliance with a company-specific do-not-call list and National Do-Not-Call Registry is the decision of Congress to leave state laws in place that add stricter burdens on telemarketers. Thus, the water equipment dealer seeking to market products in his own state and possibly surrounding states will need to factor in compliance with a panoply of sometimes inconsistent or conflicting state laws. The registry will not necessarily include all numbers on individual state lists. Both the registry and all involved state lists must be followed. States can also have different requirements. For example, Texas prohibits telemarketing calls before noon on Sunday.

Dealers should be wary of quick solutions or suggested loopholes. The regulations cover intrastate (through the FCC) as well as interstate telemarketing practices. The seller is also held responsible for its selection of telemarketers. If a third-party telemarketer is used, the dealer needs to ensure the telemarketer’s (and its own) compliance with the TSR. Because the registry is a major consumer-initiated program, enforcement agencies at the federal and state levels (as well as in the legislature) have responded aggressively to enforce new telemarketing regulations and related laws. Many small businesses are finding themselves on the receiving end of enforcement actions and civil penalty demands from state attorneys general and FTC lawyers.

Fax laws
Not surprisingly, the do-not-fax regulations are even more restrictive than the do-not-call rules. This is the case because fax transmissions (like cellular calls) impose an out-of-pocket cost on the recipient. These costs are non-recoverable and, therefore, are subject to even stricter regulations ensuring they’re expressly authorized. There’s no registry for do-not-fax numbers because the operating assumption under the law is fax solicitations are prohibited unless expressly and specifically authorized by the recipient in writing. Thus, the FCC’s regulations prohibit use of a facsimile machine, computer or other device to send an “unsolicited advertisement” to a facsimile machine. In this context, “unsolicited” means without express prior written invitation or permission. A signed written consent is required; such consent must identify the fax number for the consent and must be maintained by the seller. Effective Jan. 1, 2005, the FCC will eliminate the existing business relationship exemption for faxing.

Thus, dealers must recognize that do-not-fax regulations prohibit all unsolicited or unauthorized fax advertisements, whether business to business or business to consumer. It applies broadly to capture even not-for-profit organizations and others sending unsolicited advertisements. FCC penalties for violating its regulation can be severe. Recently, the FCC imposed a forfeiture of $5.3 million on Fax.com for violating do-not-fax regulations.

Do-not-email restrictions
The reach of the law into unsolicited commercial email is very much in its infancy, but the trend is somewhat predictable. Effective Jan. 1, 2004, the Controlling the Assault of Non-Solicited Pornography and Marketing Act (the CAN-SPAM Act) became law. The principal current impact of the CAN-SPAM Act for the water equipment dealer is to impose labeling and opt-out requirements when sending commercial email advertising messages. Such emails must be clearly and conspicuously identified as an advertisement or solicitation without false or misleading header information and without relays intended to disguise the message’s origin; must contain no false or misleading subject lines; must include a valid physical postal address, and must display a clear notice of the recipient’s right to opt-out of receiving further commercial emails from the sender. Commercial emails must include a working return email address (or other Internet-based mechanism) that can receive opt-out requests and process them within 10 business days. Selling or giving away the opted-out email address is prohibited as are certain automated matching and “harvesting” practices of “spammers.”

Unlike the TCSA, Congress through the CAN-SPAM Act preempted state regulation of commercial email messages except for state laws prohibiting false or deceptive commercial email and state laws that aren’t specific to email (i.e., state fraud laws). The statute also requires the FTC to develop a plan for the establishment of a national do-not-email registry, though the FTC has acknowledged the technical hurdles to the development of this registry are daunting. The FTC is serious about enforcement of this statute against spammers. On April 29, it announced its first actions against violators of the CAN-SPAM Act¾one criminal prosecution with a companion civil penalties action and a second civil penalties action followed.

Conclusion
The complex array of federal and state statutes, regulations and enforcement actions addressing telemarketing, fax advertising and commercial email have required many dealers to adopt new regimes for marketing direct to consumers. Telephone solicitations, a favored practice, have been severely limited. Fax advertising will be largely outlawed. For the time being, compliant email remains a viable option for dealers, though the idea of spam on the Internet has made email much less effective than telemarketing for water treatment dealers. As a result of this spate of legislation and regulation, dealer marketing appears set to return to more traditional advertising media (direct mail, sponsorships, radio and TV) and community and personal relationship building.

About the author
Michael Sennett is chairman of the Antitrust and Trade Regulation Practice Group in the Chicago office of the law firm of Bell, Boyd & Lloyd LLC and serves as general counsel to the Water Quality Association. This article is for information only. It is not a substitute for legal advice or individual analysis of a particular legal matter. Readers should not act without seeking professional legal counsel. This article updates information to be presented during the Retail Dealer Section meeting of the Water Quality Association Mid-Year Leadership Conference held in Chicago in October 2004. Sennett can be reached at (312) 807-4243 or website: msennett@bellboyd.com.