The Hazards of Trading Stocks—Renting vs. Owning 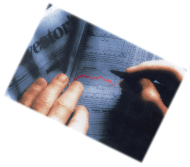 Nearly every investment book written includes a discussion about what it means to own stock, and what do you actually own if you are a shareholder. Stock is, in fact, ownership in a company and each share of stock represents a piece of that ownership. The more shares you own, the more of the company you own. Still, very few owners of stock today see themselves as “owners” of the company to which they are “invested.” Very few “investors” read the annual reports or vote their shares in annual elections. Worse yet, their advisers—the vast number of stockbrokers and mutual fund managers—don’t consider their ownership interest as long term and they too frequently fail to vote. As a result, a much more accurate characterization of this enormous group of “investors” would be “tenant” vs. owner. Instead of viewing their stock holdings as ownership interest, these shareowners are more like tenants and only renting their shares for a short period of time.

If you doubt what I am saying, all you need to do is examine a quarterly or annual shareholder report for most mutual funds. You’ll see that the turnover of the securities in the portfolio is likely to be two to four more times per period. In other words, they may only hold a security, or securities, for a matter of days or months. Days or even a few weeks is hardly a period of time that characterizes being an owner. The focus on short term is exacerbated by the many television programs reporting minute-by-minute market changes, much as a sports announcer calls a football or baseball game. In fact, as one listens to the market “play-by-play,” with the TV commentator saying that XYZ Company “beat the earnings estimate by $0.01,” is it much different than saying that your favorite football team beat the spread by one point? In other words, instead of focusing on corporate success, we’re focusing on the score.

Trading for the long haul
Why am I railing on about short-term trading? The answer is that, regardless of the results, very short-term periods of time rarely accurately portray the real character of a company. In other words, the real success of a company is the cumulative effect of days becoming weeks becoming months becoming years. Rare indeed is the company that changes overnight. Certainly, events, setbacks or bonuses occur, but those are the exceptions. More often, a company’s advance is the consequence of good long-term planning and execution over a period of months and years, not hours or days.

For me, there’s a substantially bigger issue than higher trading costs, or the lack of real ownership. In my opinion, the water industry represents the most attractive investment arena available today. It’s a long-term, high-growth strategic business area, facing numerous years of high prosperity. Furthermore, the output of products and services associated with the water industry permeate, literally, every aspect of our lives and economy. Entire industries are dependent on the availability and quality of water. Take, for example, the semiconductor industry. Water for the semiconductor industry necessitates the removal of sub-micron size particles—bacteria, silica, total organic carbon (TOC) and pyrogens (bacteria breakdown products). Water is critical to good health. Water makes up more than two-thirds of the weight of the human body and, without it, humans would die in a few days.

The human brain is made up of 95 percent water, blood is 82 percent and lungs 90 percent. A mere 2 percent drop in our body’s water supply can trigger signs of dehydration: fuzzy short-term memory, trouble with basic math, and difficulty focusing on smaller print such as a computer screen. Mild dehydration is also one of the most common causes of daytime fatigue. An estimated 75 percent of Americans have mild, chronic dehydration—a pretty scary statistic for a developed country where water is readily available through the tap or bottle.

Water is important to the mechanics of the human body. The body cannot work without it, just as a car cannot run without gas and oil. In fact, all the cell and organ functions made up in our entire anatomy and physiology depend on water for their functioning. Other properties of this precious resource include:

In addition to the daily maintenance of our bodies, water also plays a key role in the prevention of disease. Drinking eight glasses of water daily can decrease the risk of colon cancer by 45 percent, bladder cancer by 50 percent, and it can potentially even reduce the risk of breast cancer.

Nanotechnology
One of the hottest areas of the investment world today is nanotechno-logy. Water purification is a major aspect of nanoscience research. German chemical group BASF’s future business fund has devoted a significant proportion of its $105 million nanotech research fund to water purification techniques.

The French utility company, Gener-ale des Eaux, has also developed its own nanofiltration technology in collaboration with a Dow Chemical unit, Filmtec. Generale des Eaux has also been selling its technology to others. Most recently, Israel signed a turnkey contract for a nanofiltration plant adapted for seawater. Ondeo, the water unit of French conglomerate Suez, has installed what it calls an ultrafiltration system, with membrane pores of 0.1 microns in size, in one of its plants outside Paris.

The cycle that’s unfolding—reflecting extraordinary growth in areas like nanotechnology—mirrors our extreme dependence on water and, more specifically, high purity water. These are very long-term trends that offer the prospect of considerable growth over a series of years. These long-term implications require long-term investing strategies. Day trading of securities—holding stocks for a few hours, days or weeks (sometimes months)—should be viewed as the equivalent of getting on the subway and exiting at the next stop, even though your eventual destination is several miles down the track. Why would you step off the train well before you’ve reached your destination?

Conclusion
For the past 15 years, I’ve focused on business and investment opportunities in the water industry. During that period of time, the stock market has been up a great deal, interrupted by significant setbacks from time to time. Our “Profiting from Water,” diversified water industry portfolio (see Table 1) has consistently outperformed the results of the Dow Jones Industrial Average and S&P 500. This has been accomplished not by vigorous trading, esoteric and complicated formulas, but simply focusing on strategically well-positioned, well-managed and quality companies. Putting aside historic results, the prospect of high growth in the water industry continuing over the next five years is outstanding.

About the author
Neil Berlant is first vice president and managing director of the Water Group at The Seidler Companies Inc., of Los Angeles. Prior to that, he was with Wells Fargo Investments, First Security Van Kasper and UBS PaineWebber. Since 1986, Berlant has concentrated exclusively on business and investment opportunities in the water industry. He has been interviewed on a number of occasions by The Wall Street Transcript. He can be reached at (800) 840-1090 ext. 625, (213) 955-4990 (fax) or email: neilwater@seidlercos.com