Summary: Bioterrorism and its potential effects on water supplies frighten us all. It’s made more frightening by the fact that most of us don’t have any experience dealing with bioterrorism and little knowledge of the causative agents. Education and preparation are perhaps the best defenses.

Sources
The primary sources used for this series of articles are the following:

Many bioterrorism agents are more likely to be dispersed in air (aerosol dispersion) than in water. There are challenges associated with attempting to contaminate the source water used in the production of drinking water including the dilution effect and treatment steps such as clarification, filtration and maintaining a chlorine or chloramine residual.

Injection of a bioterrorism agent into the distribution system is also possible. This would be effective for agents such as anthrax spores that are resistant to chlorine. Most of the available research, however, has focused on aerosol dispersion since biological military weapons have historically used this method of dispersion.

Most bioterrorism agents are naturally occurring bacteria and viruses. Some possible diseases/agents are included in 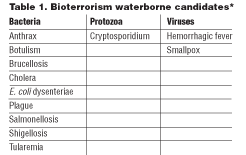 Table 1. Brucellosis, cryptosporidiosis, E. coli dysenteriae, salmonellosis and shigellosis aren’t usually lethal except to people already weakened by other diseases. They mainly cause diarrhea. In the interest of space, only the highly lethal diseases/agents will be discussed.

In this first article, anthrax, botulism and plague are discussed. In the second article, tularemia and potential viral bioterrorist agents are discussed.

Anthrax
Anthrax is caused by the bacterium Bacillus anthracis, which is found in the soil in many parts of the world and can infect and/or lodge on animals. In nature, the bacterium is generally in the spore form. When spores enter a human host, they germinate, grow and replicate.

There are three ways to contract anthrax—inhalation, skin contact (usually through wounded areas) and oral consumption. In the United States, less than 10 cases per year have been reported since the 1960s. Around 95 percent of those cases were by skin contact and 5 percent by inhalation. No gastrointestinal cases (due to ingestion) have been reported. Because of potential military applications, the most is known about cases involving inhalation of anthrax; relatively little is known about the other two forms. The major causes of death are by toxemia (toxins in the bloodstream from the growing bacteria) and suffocation.

B. anthracis spores were used in the United States as a bioterrorism agent in 2001. Letters containing spores were mailed to different locations, resulting in 22 anthrax cases (11 inhalation and 11 skin). Five of the inhalation victims died.

There are reportedly between 100 billion to 1 trillion spores per gram weight. An ounce is equivalent to around 28 grams. Therefore, each pound (0.45 kilogram) of anthrax spores would contain between 45 trillion to 450 trillion spores.

Timing of 9/11
A 1970 World Health Organization (WHO) study estimated that if 50 kilograms (110 pounds) of weapons-grade spores were released into the atmosphere of a modern city containing 5 million people, the result would be 250,000 with severe illness and 100,000 dead. From above, it can be seen that the most probable method for dispersion of spores in a bioterrorist attack may be by release into the air. Dispersion of bioterrorism agents was one of the factors with the Sept. 11 timing via the terrorists’ interest in crop-dusting aircraft.

A portion of the spores in the atmosphere can end up in the surface water due to precipitation and runoff. Bioterrorists could also disperse spores deliberately into source waters or directly into a distribution system. The spores are estimated to be stable in water for up to two years. The spores are resistant to chlorine. Due to spore size, conventional water treatment (i.e., clarification, filtration, chlorination) would likely reduce but not eliminate the concentration of spores; however, the clarifier sludge and filter backwash would contain the removed spores.

Filters, given no defects and an absolute rating of less than one micron, would remove spores and vegetative (growing) cells. Membrane filtration technologies such as microfiltration (MF), ultrafiltration (UF), nanofiltration (NF) and reverse osmosis (RO)—given acceptable membrane and sealing defects (log-reduction values)—could be used to remove spores from drinking water. A 5-log reduction means that for every 100,000 spores per given volume in the feed water to a filtration unit, only one spore per given volume would be in the purified effluent.

Waste streams
While a 5-log reduction (or whatever becomes the required log reduction) is great for the person drinking the purified water, the waste stream from the membrane unit will contain rejected spores. Waste streams typically end up in somebody else’s source water. Therefore, they will need spores removed or inactivated. Inactivation by chemical means (for example, ozone), radiation (for example, ultraviolet) and other methods need to be researched and/or developed.

An anthrax vaccine is available. While it’s effective for natural spores, it may not be effective against weapons-grade spores since it was found that the spores tested from an accidental release in the Soviet Union in 1979 had four different strains of anthrax. Genetic engineering of B. anthracis is also possible to make the existing vaccine ineffective.

The Center for Disease Control and Prevention’s (CDC) recommendation for post-exposure prevention of inhalation anthrax is the use of antibiotics Cipro-floxacin or Doxycycline for 60 days. Over 10,000 people were put on antibiotics during the 2001 anthrax bioterrorism acts in the United States. Though none developed anthrax, there were significant side effects experienced by a number of people on the antibiotics.

Botulism
Botulism is primarily caused by the bacterium Clostridium botulinum, which is commonly found in soil. It’s also commonly found in marine and lake sediments. In this disease, it’s the production of a toxin (actually, there’s more than one type of toxin) by the C. botulinum cells that causes disease and death. As a bioterrorism agent, it’s likely that only the toxin would be dispersed, and not C. botulinum cells or spores.

Botulinum toxins are the most lethal known. It’s estimated that a gram (1/28 of an ounce) of aerosolized botulinum toxin could conceivably kill 1.5 million people. Disease can occur from ingestion or inhalation of the toxin, ingestion of spores, or infection by spores of wounded skin. The toxin blocks the transmission of nerve signals to muscles. Death is usually due to suffocation (blockage of airways or paralysis of “breathing” muscles).

Leave it to us humans to figure out how to take the most deadly toxin on Earth and turn it into a beauty aid. There has recently been a lot of press concerning Botox injections for temporarily removing frown lines and facial wrinkles. This is a very dilute solution of botulinum toxin that causes the muscles to relax (be paralyzed) for a few months.

In the non-military, non-terrorism occurrence of botulism, it’s food-contaminated ingestion that has caused the most problems. Inadequate home canning is the greatest culprit. In the United States, there has been an average of about 24 cases per year of foodborne botulism.

Until the 1972 Biological and Toxin Weapons Convention (see http://projects.sipri.se/cbw/docs/bw-btwc-mainpage.html), the United States, Soviet Union and 138 other countries had researched and developed botulinum toxin as a biological weapon. It’s reported that at the time of the first Gulf War, Iraq had 19,000 liters of botulinum toxin. The whereabouts of this toxin was one of the items the United Nations inspectors were trying to discover prior to the latest Iraqi conflict.

The spores can survive in boiling water for three to four hours and even 105oC (221oF) for over 1.5 hours. This is the reason why inadequate home canning can cause a problem. The spores are resistant to ultraviolet irradiation. The spores, however, are readily killed by chlorine.

It’s not as likely that terrorists would choose a water dispersion route to spread botulism for two reasons. One, the enormous amount that would be required in a source water due to dilution. Two, the toxin is inactivated naturally in water within three to six days and both the toxin and spores are inactivated by chlorine. Research is required to determine the risks associated with injection of toxin or spores into distribution systems.

The most likely method is reported to be by food or beverage contamination. Aerosolized dispersion is also a possibility. Aerosolized particles of weapons-grade toxins are around 0.1-0.3 micron (mm) in diameter. There are antitoxins available to neutralize the effect of different botulinum toxins. They only work on toxins not bound to a nerve cell, so they must be given as early as possible after exposure. Treatment is most effective if given within 24 hours after symptoms begin. Treatment is generally the administration of antitoxin and maintaining breathing (artificial ventilation) and nutrition (artificial feeding) until the patient recovers normal functions that may take up to several months.

When an infected flea bites a human, it’s estimated that 25,000-100,000 Y. pestis microorganisms are injected into the skin. In greater than 90 percent of cases, there’s no skin sore that develops. The microorganisms migrate to the lymph nodes, multiply rapidly and cause swelling. Swellings are called “buboes” where the term “bubonic” is derived. Unless treated quickly, the body’s defenses are overwhelmed and death occurs.

Black Death
Untreated cases of bubonic plague may result in a 50 percent death rate. In 14th century Europe, one-third of the population died from bubonic plague. It was then known as the “Black Death.” With early treatment, the mortality rate drops to less than 5 percent. Treatment should begin within 24 hours.

Meanwhile, pneumonic (lung) plague can result from a complication of bubonic plague. For this discussion, we will consider pneumonic plague as being caused by inhaling Y. pestis cells. It’s estimated that it takes the inhalation of 100-500 cells to cause disease.

Y. pestis cells are typically dispersed into the air from a sneezing and/or coughing human or an animal that has pneumonic plague. Another person then subsequently inhales infected respiratory droplets. Transmission from person to person can spread the disease to epidemic proportions. If treatment hasn’t begun within 24 hours, death usually occurs within a few days. There may be close to 100 percent death rate for untreated cases. Even with early treatment, a significant number may die.

Antibiotic treatment includes the use of tetracycline, streptomycin, doxycycline, chloramphenicol and others. An approved vaccine hasn’t been available since 1999. Research, stimulated by the current concern over bioterrorism potential, is ongoing to develop a new vaccine.

Plague was used as a biological weapon as early as the Middle Ages when certain armies catapulted infected dead bodies into towns that were under siege. In World War II, the Japanese dispersed plague-infected fleas over some Chinese cities. Both the United States and the former Soviet Union developed technologies to use aerosolized Y. pestis as a biological weapon. Since the 1972 Biological and Toxin Weapons Convention, the United States–as well as the Soviet Union and other countries—agreed to discontinue biological weapons research and development, and destroy any existing weapons.

It’s reported that Y. pestis is stable in water for several days. There was no mention in any of the references sited here concerning developing plague by ingestion. The likely delivery system for a bioterrorism event is by aerosol.

Conclusion
In this article, three potentially lethal waterborne bacterial bioterrorism agents were discussed–anthrax, botulism and plague. While it’s likely that the primary dispersion route would be airborne, secondary contamination of water sources is likely, and primary dispersion in distribution systems is a possibility. In the next article, tularemia and potential viral bioterrorist agents will be discussed.

About the author
David Paul is president of David H. Paul Inc, an advanced water treatment training and technical services firm in Farmington, N.M. He has over 25 years of experience in advanced water treatment. Paul has published over 100 technical articles and papers. He has created and administers a 4,000-page, college-accredited correspondence training program plus three on-campus college degree programs in advanced water treatment. He holds a bachelor’s degree in biology and a master’s degree in microbiology from New Mexico State University. Paul can be reached at (877) 711-4347, (505) 327-2934 (fax), email: dhp@dhptraining.com or website: www.dhptraining.com.