Recognizing a Sheep in Salesperson’s Clothing 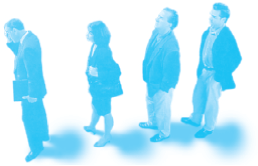 When interviewing people for sales positions at your water treatment company, or evaluating your present sales team, there are several personality types that should raise a red flag. They come to the interview in wolves’ clothing, i.e., with the air of successful salespeople. The only one they’re there to sell, however, is themselves. Once hired, these sheep may be too timid to sell to your customers but may continue to sell you into keeping them on the payroll. Listed below are some of the personality types to avoid as well as several symptoms and solutions. Of course, they’re a bit exaggerated for editorial purposes, but work with me.

Field of dreams
The gambler will gamble to the end of your money. He/she feels lucky to get a sale. They are convinced that success in sales is controlled by superstition, not hard work and daily activities. If you notice a team member talking about luck, watch out because they may be the gambler.

The historian stays focused on the past. They remember how great the product was 10 years ago. They dwell on how easy it was to sell before the (fill in the blank of supposed “catastrophic” cycle). This personality type focuses on the past because it provides a great excuse for not getting into homes today to sell water treatment equipment. They’re particularly dangerous because they often convince the rest of the sales force that times are rotten and success is impossible.

As the ghostly voice intones in the Kevin Costner movie, Field of Dreams, “If you build it, they will come.” This sheep in salesperson’s clothing, spewing the same mantra, has lists of things you have to do to increase sales. You may have heard them before—”If only we had a decent brochure, sales would be better, ” “If only we had a professional show booth, we would get more appointments at shows” or “If only we had brand new white trucks, people would believe our claims.V This sheep puts all the blame for their failures on you, the business owner. Remember, you hire salespeople to sell. They have the responsibility to sell even if some things need improvement. Change their motto from ” If you build it, they will come” to “If you show them the equipment, they will buy. ”

Avoiding wrong archetypes
Following are a few of the personality types you may encounter. Some good employees may find themselves displaying such characteristics from time to time, and require only a mild reminder to get them back into gear. But persistent abusers are another matter. However unpleasant, weed them out of the herd so your sales are run by thoroughbreds and not sheep.

The pessimist
This person is always down and always has an excuse that’s outside his/her control. Some of the telltale signs uttered are, “You can’t sell on Saturdays, ” “No one likes telemarketing around here,” “That will never work, ” “We tried that once and it stunk, ” “Door-to-door is out because of security fears, ” “No one buys in December, ” “No one will buy until they receive their tax refunds, ” “You can’t sell now because of summer vacations” or “People around here won’t do that. ” Sure, sometimes a thought needs to be expressed; but, if you notice there’s always a reason why sales cannot be made from the same source, you have a sheep in salesperson’s clothing and you need to get rid of it.

The optimist
If pessimism is bad, you would think optimism is automatically good—and some of it is. Watch out, however, for the professional optimist who uses optimism as an excuse not to sell. These people are always sure they will get the sale next week. For example, “Hey boss, I got three tonight. Well, no, I don’t have the order forms. I have to come back next week and sign them up—but, boy, are they sold.” You have to make it clear very few buy after the first night, and only deals with signatures and deposits are actual sales.

The scatterbrain
Watch out for the scatterbrain. He/she forgets appointments, misses follow-up phone calls or find themselves constantly disorganized when it comes to paperwork. I have never met a consistent big earner who was scattered. If you want an $80,000-per-year producer, you need to expect $80,000-per-year habits.

These personality types often know who deserves the blame and it’s never them. Sometimes it’s the weather, sometimes the government, sometimes the family, sometimes your installers. It’s never their fault they didn’t make a sale today. Realize great salespeople know that if they don’t sell today, it’s their fault. Otherwise, this person is selling you and themselves instead of the customers.

The economist
This person blames the economy for everything. “People here just don’t have the disposable income. ” “Lack of consumer confidence is killing us. ” “The market is down and people just won’t spend the money. ” Get this personality type out of sales and into a field that requires thinking, not selling.

The border patrol
He or she is always on the lookout for deals that belong to them but were “stolen ” by another salesperson. Oddly, even though they rarely sell themselves, they have many deals that are stolen. They’ll spend hours in arguments like, “”If I meet a customer at a show and three weeks later, his brother calls in—the deal should be mine. ” They’re often obsessed with territory. This allows them to feel they’re unsuccessful because others are unscrupulous and greedy instead of facing the truth—They aren’t showing equipment to enough people.

Family first
This type always has family commitments that take precedent over business. Family is fine, within reason. No one can begrudge a parent from taking time off for a school play, choral ensemble or sporting event of their children. But any salesperson behind in sales should consider working longer hours, not taking time off every week to see Jane star in a concert or Johnny in a wrestling match. You’re running a business and paying for full-time performance.

The buck stops here
Sheep can only survive in a sales organization if management allows it. Let’s say you hire a new recruit. They look good, they talk like a salesperson, they walk like a salesperson, but they just can’t seem to get into homes with your equipment. They may be sheep disguised as salespeople. Listed below are a few things you can do to help them sell or help them decide on another career.

No draw—We believe you should never pay a draw. It takes away the incentive—sell or starve. If you pay a draw, you may as well call it a salary. After all, has any employee who owed you money on their draw ever repaid it when they left? In my 40 years in business, I’ve never had a salesperson write a check for their draw balance. I suggest you call it salary and expect them to be accountable for their effort or pay no draw.

Keep your eyes on the prize—Make your sales employees report daily in writing how many homes they got into for demonstrations and how many units they sold. Even if the number is zero, make them report it to you daily. Get in the habit of praising or pounding every morning based on how many homes they got into and sold the previous day or week. Focus all eyes on getting into homes. Make goals and establish some form of discipline for failure to achieve them. Make sure your team knows they must demonstrate to maintain their job standing.

Pass on responsibility—Make sure every employee knows they’re responsible for making a profit. If they don’t deliver sales, they cannot stay. Pass on the responsibility for profit to all your employees and it will help them to be more united.

An exit plan—The best way to guard against adopting a salesperson that cannot sell is to have a written exit plan for every employee you hire. Make sure your job description, training materials or personnel review policies include opportunities to set specific minimum calls, in-home visits and sales targets that must be met. Have a plan for when to say goodbye before you say hello.

Conclusion
We all meet people who tell us they can sell. Recognizing early those who cannot and taking action will save you thousands of dollars. Some may feel that the measures put forth here are harsh. Remember that you’re running a business and the main purpose of a business is to make a profit. Be kind but bear in mind that unless your business makes a profit, it will eventually close and then everyone loses.

About the author
Carl Davidson is the founder and president of Sales & Management Solutions. This New York-based company has been offering video and live training for the water equipment industry for almost 20 years. More than 4,000 companies in seven countries use Davidson’s training and consulting services. He can be reached at (800) 941-0068 or email: davidson@salesco.net.