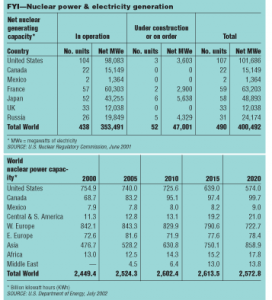 In this application, the mixed bed condensate polishers are designed to:

The Millstone Station decided to use two types of resins specially targeted at nuclear water applications in their full-flow condensate polishing systems to optimize water quality and operational efficiency. One is a uniform particle size (UPS) strong base Type 1 anion resin for non-regenerable demineralizers, with a quaternary amine functional group. The other is a UPS strong acid cation resin for demineralization, with a sulfonic acid functional group. Both are styrene-divinylbenzene (DVB) gel-based resins.

To maintain material integrity of the new steam generators and the balance of plant components, Millstone 2 implemented the following changes to the secondary cycle chemistry program:

Ethanolamine reduces the potential for two-phase erosion-corrosion in the heater drains and other wetted steam areas of the plant. So, the expectation of this new chemistry was to significantly reduce the amount of insoluble impurities in the final feed water. Once the switch was made to ethanolamine, the impact on the final feed water iron for Millstone Unit 2 was an immediate step change improvement from a range of 8 to 10 parts per billion (ppb) to a range of 2 to 3 ppb.

Operating with full-flow condensate polishing and limiting the service cycles to the amine break minimizes the leakage of contaminant ions at the polisher effluent and also maximizes the ability of the resins to prevent contaminant ions from entering the steam generators should a seawater leak occur.

The Millstone Station installed the new resins in the Unit 2 condensate polishing system in November 1995. This choice was based primarily on testimonials from other PWR stations with regard to the features and benefits of the resins (see Table 1 & Figure 1).

Background
Millstone explored two changes to the resin handling and regeneration procedures to optimize performance of the condensate polishers with respect to effluent water quality and service cycle run length—in-vessel mixing of the freshly regenerated mixed resin, and extending the regeneration of the cation exchange resin.

The in-vessel mixing uses compressed air to re-mix the condensate polisher resin in the service vessel immediately following the transfer from the mix and hold tank. This redistributes the cation resin equally throughout the vessel and consequently more of the cation resin settles in the usable portion (upper section) of the service vessel.
Extending the regeneration is a simple approach that involves regenerating the cation resin until 95 percent or more of the ethanolamine elutes from the cation resin bed. This requires the application of 8 percent weight (wt  %) sulfuric acid for 120 minutes, which equates to a regenerant loading of 40 pounds per cubic foot (lb/ft3)—or 640 grams per liter (g/L)—of resin at a 100 percent basis.

Steam generator quality
The water quality performance at Millstone Unit 2 is best illustrated by the data in Table 2. This shows the steam generator sulfate profile over an 18-month period beginning in June 2000, along with the condensate temperature trend.

Over this time period, sulfate remains in the 0.5 to 1.0 ppb range and correlates with the trend in condensate temperature. A trend toward 1.5 ppb sulfate occurred in early summer of 2001 due to fouling problems in the main condenser, which resulted in higher than normal condensate temperature. But overall, steam generator sulfate remains under very tight control and free from inexplicable excursions.

Chloride and sodium are also critical to steam generator integrity. Table 2 provides a snapshot of typical quality measured in Unit 2. What’s most impressive about this steam generator quality is that the blowdown rate is only 25 gallons per minute (gpm)—5.7 cubic meters per hour (m3/h)—using a concentration factor of 465. Blowdown is the withdrawal of water containing high concentrations of solids from an evaporating water system, such as a boiler or cooling system, to maintain a solids-to-water concentration ratio within certain limits. With two stream generators operating in Unit 2, this reduction saves over 1 MW of electricity when compared to the normal blowdown rate of 100 gpm (22.7 m3/h).

Chemical cost efficiency
The condensate polishers reliably operate for 11-day service cycles processing 48 million gallons per charge. This equates to a cation resin utilization that’s approximately 85 percent of the total exchange capacity of the cation resins. This is noteworthy when you consider that in 1996, a survey report of 18 different PWR units in the United States showed cation resin utilization ranging between 45 percent and 65 percent. 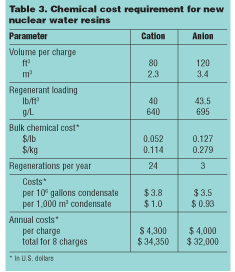 Conclusion
The Dominion Engineering Millstone Nuclear Power Station has undergone a significant performance improvement in water quality and operational efficiency of the deep-bed condensate polishers in Unit 2. The use of new anion and cation gel resins for nuclear water applications (now in service for more than six years) along with procedure modifications for regenerating and re-mixing the resin has enabled the Millstone secondary cycle chemistry group to reliably maintain a chemistry performance index (CPI) value of 1.00 and reduce blowdown from 100 gpm (22.7 m3/h) to 25 gpm (5.7 m3/h). The blowdown reduction alone yields an additional 1 MW of available power. Unit 3 is now benefiting from the same type of chemistry control program and procedure modifications with these same gel resins that have been in service since June 1995, even longer than in Unit 2.

NOTE: Oxidizing agents, such as nitric acid, attack organic ion exchange resins under certain conditions. This could lead to anything from slight resin degradation to a violent exothermic reaction (explosion). Before using strong oxidizing agents, consult sources knowledgeable in handling such materials. 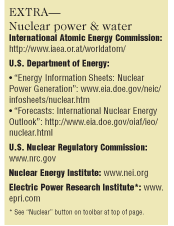 About the author
Steve Najmy is a project manager for The Dow Chemical Company, and has worked in Dow’s technical service and development department for Liquid Separations for the past 11 years. His job focuses on the development of new resin products and procedures for condensate polishing systems. He is based at Dow’s Larkin Laboratory in Midland, Mich., and can be reached at (989) 636-6049, (989) 638-9944 (fax) or snajmy@dow.com