Getting to the Point in Europe: POU Grows Despite Entrenched ‘Natural’ Culture

Europe’s consumers tend to be au fait, or well informed, about the hydration message that water providers repeatedly label marketing initiatives. This is evidenced by the fact that three European countries—Italy, Germany and France—are in the global top 10 of bottled water consumption (see

Figure 1). Indeed, Europe’s spa culture and understanding about the curative properties of source water pre-date the Roman Empire. One might argue there’s little or no room for purified water in such a “natural” environment, where mineral and spring waters have fundamentally well established positions in consumers’ hearts and minds.

Surprise surge
Perhaps unexpectedly purified water has edged forward in Europe, thanks to strong branded water initiatives by bottled water cooler companies such as Aqua Cool (now owned by Nestlé Waters). For those consumers that realize they’re drinking a purified water (and many perhaps don’t know or don’t care), many do because they’re interested in healthy living and understand the need to hydrate. Rising concern about tap water quality, especially in cities, has also bolstered the role of purification.

Thus, in a climate where branded purified and natural waters are hydrating consumers, Europe’s fledgling point-of-use (POU) water cooler industry has spread dynamically, with 57 percent unit growth recorded in 2001 alone. POU has its roots in the United Kingdom and Ireland, but its message has now spread throughout the continent on the back of the ever-surging bottled water cooler market. Although POU in Europe remains behind the market sophistication of North America, manufacturers and distributors—buoyed by strong market performance—are now poised for expected good times ahead.

Statistical breakdowns
Recent research shows that plumbed-in, POU coolers are following in the slipstream of bottled water coolers. The European POU industry passed the 100,0000-unit mark in 2001, closing the year with 123,000 units in place across 16 countries (see Figure 2). This latest research focuses on 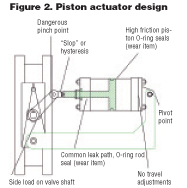 standalone units that strongly resemble a bottled water cooler, and excludes fountains, undersink units and industrial purification systems. These “bottled water cooler alternatives” are plumbed into a potable water supply and filter/purify/heat/chill/carbonate the water at the last possible point before consumption. Unlike the traditional water fountain, the unit is rarely fitted with a drainage system, unless it has a reverse osmosis purification system or an individual country legislation requires it.

In Europe, POU has traditionally been viewed as the poor relative of the bottled water cooler. Yet, having gained momentum, POU can no longer be ignored.

By providing an unlimited supply of water, POU offers many advantages to distributors facing a highly competitive operating environment:

firstly, we can see it’s twice the size of today’s European POU industry (see Figure 3). We can also see that the usual suspects appear in the geographic breakdown of both markets. In 1996, the UK and France held the lion’s share of bottled water coolers and, five years later, these countries held more than half of the POU market. The Netherlands and Norway also bode well in these two snapshots. One major difference, however, is that Ireland appears as No. 3 in the POU market in 2001 with an 11 percent share. Ireland is certainly a pioneer of the industry with POU taking a high penetration of the country’s total “cooler population.”

The UK is clearly ahead in Europe and shows all the signs that it’s poised to really take off, with the presence of leading international players, a surge of entrants and a strong POU growth rate of 51 percent in 2001. France and Ireland have very little in terms of unit numbers between them. The French market, however, has leapt into second place after only two or three years of POU activity, whereas Ireland was in it over a decade ago and is now characterized by a number of specialist water solutions companies.

Across Europe, there’s no such thing as a typical POU company. Without the need for investment in bulk water delivery transport, the barriers to entry are much lower than the bottled water cooler industry; and, consequently, the POU industry is much broader, consisting of not only dedicated POU suppliers and bottled water cooler distributors, but also a number of vending machine operators. These are typically coffee machine vendors or catering equipment companies specializing in office services. The dedicated POU suppliers are more commonly found in the more developed markets of the UK and Ireland, while countries such as Belgium are characterized by distributors for which POU represents a small sideline.

Share and share alike
At such an early stage of market development and with such high growth, it isn’t surprising that POU has substantially increased its share of total European coolers, POU and bottled water combined, to 9 percent (see Figure 4). This is a major achievement if we remember that bottled water

coolers have also recorded strong growth rates in recent years. Of course, POU is starting from a small base and more dramatic growth is to be expected at such a nascent stage in its market evolution. To date, POU has been most successful in high consumption accounts such as larger offices across Europe. While the ratio between converted bottled water accounts and new POU cooler accounts varies from country to country, it’s estimated that 64 percent of POU installations in Europe are replacing bottled coolers, with the remaining 36 percent representing entirely new business.

As already witnessed in the bottled water cooler market, consolidation of existing POU operators is inevitable.

This merging process was fundamentally moved forward by PHS’s acquisition of UK Water Group in January. In the more developed markets of the UK and Ireland, the consolidation process should continue within the next couple of years. As larger players enter, it’s likely the current nature of competition will change. At present, the competition is predominantly between POU units and bottled water cooler units. Still, as larger players invest in the market and create more product diversity and market dynamics, it’s likely POU players will increasingly compete among themselves.

Conclusion
The price benefit for larger contracts and convenience of continuous consumption means POU will either be a threat or an opportunity (depending on a vendor’s perspective) whenever a bottled water cooler contract is up for renewal. The amount of marketing and investment in the POU opportunity will certainly influence POU’s success. Indeed, the expectation is continued strong unit growth for years to come.

The purified nature of POU water may hinder major development in countries such as Italy, Germany and France, where natural source water has a strong cultural significance. Countries more accustomed to the purified concept, such as The Netherlands and Spain, could provide greater scope for growth. On the other hand, the growing volume of Culligan’s purified bottled water in Italy suggests it’s possible to challenge these cultural prejudices.

Perhaps most important is the in-home/domestic market. Getting bottled water coolers into European homes has been a major challenge for cooler operators. Thus, Europe’s home and office delivery market (HOD) is characterized by a maturing office sector with homes largely untapped. POU, of course, isn’t restricted by the many logistical considerations associated with bottled water distribution, such as regular daytime water deliveries, access difficulties and quarterly maintenance. With POU manufacturers developing dedicated units for European homes, this remains yet another exciting opportunity for market augmentation.

About the author
Gary Roethenbaugh is research and development director at specialist beverage consulting company Zenith International, which has released its latest report: Guide to Point-of-Use Water Coolers in West Europe, upon which this article is based. Roethenbaugh has been working in the fields of consultancy, corporate investigations and research for more than nine years. Based in the Bath, UK, he can be contacted at +44 (0)1225 327920, +44 (0)1225 327901 (fax), email: gr@zenithinternational.com or website: www.zenithinternational.com