A European Approach to Arsenic—The Globe`s Largest Municipal Reduction Program Under Way in the U.K. 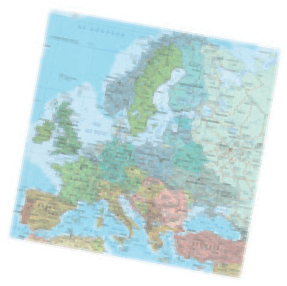 As a naturally occurring chemical found in the Earth’s crust, arsenic (As) is released into drinking water supplies when rocks, minerals and soil erode. Historically, arsenic has been used in metallic form to create alloys (i.e., different metal mixtures) with lead and copper. Plus, arsenic compounds can be used in and to manufacture a range of products such as glass, wood preservatives, metal plating and electronics. Lastly, it’s present as an impurity in coal and oil-based products such as gas, diesel fuel and motor oil. Industrial use of arsenic has declined and its use in agricultural and household pesticides in the United Kingdom is no longer approved.

According to the British organization, Water UK, arsenic levels measured in United Kingdom rivers are typically only about one hundredth of the 0.5 milligrams per liter (mg/L) of arsenic in water recommended as a safe limit for bathing and swimming — or 0.005 mg/L. Only in a few locations may levels exceed 2-3 mg/L. This is largely due to naturally high arsenic levels in the local geology or a history of mining in the area, such as west Cornwall. Keep in mind, a milligram weighs as much as one hundredth of a grain of salt.

Typically, about 10 percent of total arsenic at a water utility is removed from the final effluent before discharge. The largest contributor of arsenic to sewage—about 40 percent—is dust and ash washed into street drains from roads and pavement. The total weight of arsenic discharged from houses and businesses in wastewater is about 20 percent of the total. About 30 percent comes from businesses discharging effluent to sewers from processes such as timber treatment using arsenic containing wood preservatives.

The most common forms of arsenic found in drinking water supplies are trivalent arsenite (As III) and pentavalent arsenate (As V). Drinking water contaminated with either form of arsenic is the most common medium for human exposure to this dangerous chemical. Studies have linked long-term exposure to arsenic contamination with cancer of the bladder, lungs, skin, kidney, nasal passages, liver and prostate. Non-cancerous effects of arsenic contamination include cardiovascular, pulmonary, immunological, neurological and endocrine effects.

Since 1958, the World Health Organization (WHO) has been involved in offering guidelines for setting drinking water standards. During that initial year, the WHO put forth the International Standards for Drinking Water establishing 200 micrograms per liter (mg/L) as an allowable concentration for arsenic levels. Having re-evaluated the standard in 1963 and reducing the allowable concentration to 50 mg/L in 1984, the WHO settled on a final provisional guideline of 10 mg/L in 1993. During a revision to the European Union (EU) Drinking Water Directive in 1998, the WHO provisional guideline was accepted by the EU. The 10 mg/L maximum contaminant level will become a statutory requirement in the United Kingdom on Dec. 25, 2003.

The largest independent water company in the UK, with headquarters in Birmingham, England, is responsible for supplying 8 million customers with drinking water, primarily in the central area of England. By the end of summer 2003, months before the deadline, it will have undertaken the largest municipal arsenic removal program in the world.

Meeting the demands
In 1994, anticipating the new statutory requirement, the company identified 16 well water, or bore hole, sites that had As concentration levels above the 10 mg/L limit. They would have to treat 46.6 million gallons per day (gpd). They soon found that there was no economic arsenic removal process specifically designed for the selective removal of this element without the removal of other innocuous elements. A program was embarked upon to develop an effective and economical removal process.

A variety of processes were studied to remove As from water including ion exchange, coagulation/filtration, reverse osmosis and various adsorbents. The best separation mechanism for As removal was determined to be irreversible adsorption onto a solid metal oxide that has a high As adsorption capacity. The media, a granular ferric oxide (GFO), was developed by Bayer AG specifically for groundwater source drinking water adsorption. When placed into a specially designed arsenic removal system, the media adsorbs As onto a solid granular media. With a high capacity for As, the media is long-lasting and can be disposed of in a non-hazardous landfill when it becomes exhausted. Plus, the exhausted media is in a solid waste form that requires no processing prior to disposal. Another advantage of this process is the small amount—approximately 0.1 percent of treated water—of residuals, or wastewater, generated in the process.

Capital and operating costs for this particular arsenic removal system are low, with the average processing costs at 10‑25 cents per thousand gallons of water treated, depending upon system size and influent water As levels. The process, which will remove As to less than 4 mg/L, is simple to operate and can be remotely monitored along with well pump and disinfection operation. Very little operator intervention is required.

Putting it to work
Currently, construction is nearing completion for the 16 well water sites mentioned earlier in the Midlands area of England. The adsorber vessels range in size from 9 to 12 feet in diameter, and there are anywhere from 2 to 6 vessels at each site. Site capacities range from 1.2 million gallons per day (mgd), or 4.5 million liters per day (ml/day) to 6.0 mgd (22.6 ml/day). With their new technology, the company commissioned its first full scale arsenic removal plant in 1999. Building five 11’‑diameter adsorbers at their Nottingham drinking water well site, the systems were designed to treat 5.3 mgd (20 ml/day). One of these adsorbers has already been charged with the GFO media and is treating water for distribution. One of three 10 foot‑diameter adsorbers at the Chaddes-ley Corbett well site is also charged with media and in service. Both adsorbers are being operated to collect additional performance data on full-scale adsorbers. The remainder of the six adsorbers at these two well sites will be placed in service well before the December 2003 deadline.

Conclusion
The same arsenic removal technology developed for these applications in the UK is being applied also in the United States where there are currently six pilot programs in progress or at completion. The U.S. Environmental Protection Agency has set the new As standard at 10 mg/L with compliance to take effect by January 2006. This economic process, effective at lowering As levels to less than 3 mg/L, requires no chemicals for media regeneration. The amount of residuals—or wastewater—generated from the process is very small (about 0.1 percent), eliminating the need for a post-treatment, arsenic-bearing waste system.

About the authors
Richard S. Dennis is separation products manager at Severn Trent Services, of Fort Washington, Pa. He earned a bachelor’s degree in chemical engineering from Pennsylvania State University. Dennis has been in the water industry for 29 years. He can be reached at (813) 886-9331, (813) 886-0651 (fax) or email: rdennis@severntrentservices.com.

John S. Simms is senior process engineer of technology and development at Severn Trent Water, of Coventry, England. He graduated from Wolverhampton University and is a member of the Royal Society of Chemists. Simms has 27 years experience in the water industry. Simms can be contacted at +44 24 7624 4016, +44 24 7669 2929 (fax) or email: john.simms@severntrent.co.uk.

The arsenic removal system discussed above is Severn Trent Service’s SORB33™. The ferric oxide media used in this application, Bayoxide® E33, was developed and is produced for Severn Trent by Germany’s Bayer AG.