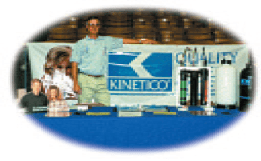 When the small Colorado town of Las Animas installed a re verse osmosis (RO) system onto the town’s municipal drinking water supply three years ago because of growing amounts of sodium and chlorides, residential water treatment dealer Skip Ruedeman lost about 15 percent of his business.

Now, the town of La Junta, which is 30 miles west — less than an hour’s drive from Ruedeman’s Lamar, Colo., business, Clear Choice Water Conditioning — is considering doing the same thing.

All three communities lie along the Arkansas River, which flows onward into Kansas. Perennially arid conditions, complicated in recent years by El Niño, have resulted in complex water-sharing rules between the two states. It’s these rules that indirectly have led some communities to turn to centralized treatment, and the resulting restrictions on water discharges that affect water treatment dealers. 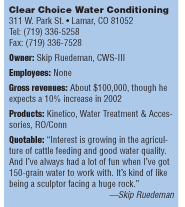 Avoiding a pickle
It’s no surprise that Ruedeman isn’t pleased, particularly since nearly half of his business in the southeast corner of the state relies on rental RO systems.

“We have a pickle plant (in La Junta) and they produce a lot of sodium and chlorides in the water,” he said. “What they needed was to do something with the pickle plant, put a system on there to reduce it down and not necessarily do it for the whole town, which only has 8,500 residents. Unfortunately, they didn’t do that.”

That first centralized RO system “virtually eliminated rental business” for three of his competitors in the region and likely will put one of them out of business, he said.

That’s because the water utility told rate-payers the RO plant produced bottled-water quality water and that further water treatment was unnecessary and simply added to the plant’s treatment burden and operational costs. This, however, doesn’t take into account that regardless of the quality of water leaving the plant, the water picks up contaminants in an aging distribution system. Here, pipes are lined with scale and bacteria growth in dead-ends and is difficult, if not impossible, to eliminate.

Perseverance counts
Ruedeman’s home base hasn’t discussed installing its own RO system so far, but he isn’t ruling that out as a possibility. He estimates that half of his customers — and potential customers — tap into a municipal system for their drinking water, which puts his business at risk if the town decides on a system.

Regardless, the 15 percent drop in business that he experienced the year following installation of the Las Animas plant translated to about $50,000 a year in lost sales and rentals. Nevertheless, his revenues last year again reached six figures, and he’s hopeful that business soon will reach the same levels he saw in the late 1990s.

The situation for Ruedeman has been particularly frustrating because it comes at a time when the so-called economic recovery nationwide hasn’t reached his agriculturally dominated portion of the state, which saw little to no population growth in the past decade. During this time, the state itself saw a 25 percent increase in new residents.

With an eye on ‘El Niño’ 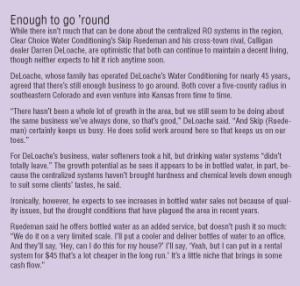 Additionally, lack of snowfall in the Rocky Mountains over the past few years has only contributed to business-threatening drought conditions not just for his industry, but others as well.

According to the Colorado Drought Task Force’s March report, the state’s snow pack was about 45 percent of normal, the worst it’s been in 20 years. Though that figure was expected to improve in April, when the mountainous parts of the state see the most snow all year, the area of the state where Clear Choice is located isn’t expected to see much improvement.

In mid-March, Prowers County, CO — which surrounds Lamar — declared a drought emergency and is looking at ways to reduce water consumption, including limiting irrigation for area farmers.

Saturation point
The state’s eastern plains where Ruedeman’s business lies is about 150 miles from Colorado Springs and 225 miles from Denver. That means it doesn’t attract many part-time residents and their often-profitable vacation cabins that are so popular in the mountains.

Still, he estimates that with the three other dealers that operate in his area, the market “is only about 50 percent saturated, so there’s still plenty of work for us.” (See Enough to go ‘round.)

While he occasionally picks up some commercial jobs in the area, his business focuses primarily on residential customers. About a third of his work is in service, another aspect of the business he’d like to see increase. Otherwise, rental and sales comprise the bulk of his profits. He sells, services and rents just about everything, from residential softeners to ultraviolet systems to basic filters. 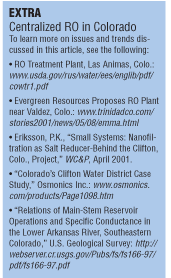 Keeping the faith
Despite the rigors of location, weather and economy on his one-man shop, Ruedeman maintains a positive attitude about the future of a business he’s operated for two decades. He’s had several employees over the years, but has cut back recently because of the business slowdown.

At 56, though, Ruedeman isn’t necessarily looking for ways to turn his shop into a huge operation. He’s just looking for ways to keep it stable so he can find someone to buy him out as he nears retirement. That’s why, despite the centralized systems cutting into his business, he’s still focusing on increasing his rental business.

“My house is going to be paid off in another 10 years,” he said. “And though the kids are gone, I’m still paying for their education.”

Reflections
Ruedeman said he doesn’t have any regrets about starting his business in Colorado. Prior to moving to Lamar with his wife, Candy, and their two boys, Daniel and Geoffrey, both now 24, Ruedeman was a commercial printer for 12 years for a company just outside of Louisville, Ky. Before that, he spent four years in the Air Force after being drafted during the Vietnam War. It was a buddy in the service, from Lamar, who convinced him to move to Colorado.

“I was looking for something different, and something that was my own business,” he said. “So I took my wife away from a big high-paying job and brought her out here — and she’s still my wife.”

Conclusion
When Ruedeman isn’t working, he tries to stay active in the industry. He has been a member of the Water Quality Association since 1983, and is a past board member, past Board of Regents chairman and a past Ethics Committee chairman. Currently, he’s chair of the Member Services Committee. In 1999, he won the Regents Award. He also is a Certified Water Specialist-Level 3, and is a member of the Colorado WQA.

About the author
Charles Ashby is Denver bureau chief of the Los Angeles Daily Journal.