Make an enemy a friend with a clean glass of water
One thing’s certain. When you can’t go any lower, there’s only one place left to go. Up. While consumers and investors remain wary, the economic slide since last summer seems to have bottomed out—we hope—with the precipitous drop on U.S. stock markets following terrorist attacks Sept. 11 on the East Coast.

The Dow recovered 884 points, or nearly 65 percent, of the 1,369 lost in the first week of trading following the attacks. The Nasdaq composite index, which lost 272 points, rose 106.50, or 7.1 percent, the week leading up to Oct. 7. A Raymond James Financial Services letter to clients, noting similar market action after other national crises (see Table), illuminates the trend.

These statistics are selective and don’t predict the future in a world vastly changed since the attacks. Who would have thought the former Soviet Union, China, Germany, Italy, France, Britain and the United States would all be on the same side of any issue, with allies including Egypt, Saudi Arabia, Turkey, Pakistan and India. Such coalitions, however, are fragile and maintaining them—particularly for a sustained effort to cripple global terrorism—requires more than careful reasoning and balancing divergent cultural and political interests. It requires looking to the root causes beneath the anger that lead to such terrorist acts.

One cause that can clearly be pointed to is the abject poverty in some of these nations. If people have nothing to care for, they have nothing to lose. Given that, raising the quality of life in such areas is the only long-term way to prevent such tragedies from reoccurring and ensure domestic tranquillity everywhere. Central to that is providing access to safe, sustainable water sources. We in the water quality improvement industry have a key role in that. It’s not the time to pull back in fear, but rather to press forward.

When the smoke clears from the battle, let it be said we did not shrink from our duties in offering relief from the desperation that led to this violence. Let it be known we offered a foe a clean glass of water and helped rebuild the irrigation systems destroyed nearly a millennium ago by Genghis Kahn, turning a once lush paradise at the heart of Islam’s power and civilization into a vast desert. Only then will true peace bloom. Only then will an “enemy” become a friend. Only then can we be safe in prosperity. 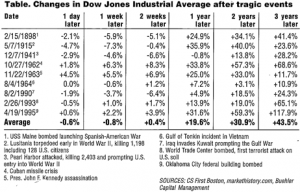