In baseball, you can’t become a manager unless you are a great coach… and in business the same is often true. 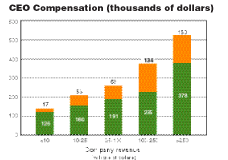 First, let me state that I have never met a businessperson that couldn’t improve their personal effectiveness by at least 25 percent—many by 50 percent.

A manager must grow at a faster rate than his own group. Only then has he or she earned the right to expect improved productivity. This method is preferred much more than them thinking they’re OK and telling people they aren’t doing their jobs well enough. Wise men learn from fools more than fools learn from wise men. Or, as British philosopher Herbert Spencer once put it eloquently: “The ultimate result of shielding men from the effects of folly is to fill the world with fools.”

Heart-to-heart talk
Second, I find that most managers hold back in telling the truth. They’re afraid the truth might hurt the individual’s feelings. The opposite is true, so I call this for what it is—avoidance that could be interpreted as weakness. I conduct one-on-one developmental sessions and I ask the manager, “What are the top three things you would like your employee to get better at?” This way, the truth gets put on the table in a nice and easy way. Often, however, I hear the employee respond, “You never told me that before.” After that’s settled, we reach agreement with the individual for the specified improvements.

Third, some managers don’t know how to provide high-quality coaching and this proves very destructive. They must understand it isn’t what you say, but how you say it. Let’s call it “style.” I suggest, in most cases, that doses of humor in certain situations help because it creates a fun, non-threatening environment. To be pleasing to people is a big step toward persuading them to your point of view. I also suggest coaching and personal meetings be conducted frequently over beverages or even a meal. It has been my experience that people are most relaxed and receptive over a meal/beverage or when lying down. If you aren’t a couch-type psychologist, only one of these is an option.

Reach out to them
Key words or phrases also help. They can include, “I want to help you improve and get you closer to your real potential… .” You can also use, “ I want you to know how I feel” and “What I’m thinking is…” vs. “Here’s how it is.” Speak to them as you would like to be spoken to. In a democracy, it’s OK to tell someone how you feel or think. This applies in a business setting as well.

At the meeting’s end, you must agree to methods and dates for follow-up. In most cases, it’s smart to touch base the following day to get a “reading” of the person’s mindset, attitude and their initial progress. Afterward, follow up weekly.

An area many managers are ill equipped to do a good/great job at is with performance appraisals. Too many are still conducted as a one-way session—a “boss with a subordinate.” Leadership is a two-way street. If you expect loyalty, respect and care for your business, it starts with you. You aren’t just the boss; you’re a servant. There is a big difference between the two. Your attitude, at the beginning of the appraisal, will help determine the ultimate outcome.

Praise only, please
The first thing to remember is that many people will say they welcome constructive criticism, but what they really want is praise. So, give them praise for the areas where they score well. Then, share with them what they need to improve upon to further develop their career path. Then, add more praise. It’s like a sandwich: put on a slice of praise, then some meat, followed by another slice of praise. Don’t utilize off-the-shelf position descriptions and measurements. They should be customized for the specific individual and not for the overall organization.

Always remember to take care of a basic need by letting the individual know how important they are to the organization. Along with that important message, share how important it is they display growth in a current area that needs improving or a new area of responsibility. Also, share with them that they don’t need to score 100 percent in every area. Add a light-hearted comment such as, “If at first you don’t succeed, destroy all evidence that you tried.” Again, a little touch of humor that’s well timed is helpful. Then, let them know to “please come see me whenever you want to bounce your progress off of me. I would love to help you succeed.” That send-off promotes trust, positive relationships and an open style of communication.

Reinforce the goal
A final point on coaching is to have one primary goal to reach at the conclusion of the session. Open the session with the stated goal and close it with the goal. Establish the agreement and agree on the key objectives to reach the goal. Be very clear. Newspaper headlines are definitely not your role model for clear communication. Here are some headlines I shook my head over:

The point is to make sure the employee doesn’t return for a follow-up meeting and say, “Oh, I didn’t understand you to be saying that when we met.” I am sure you’ve heard that line before? Be clear and confirm it in writing. Leave nothing to chance.

Conclusion
Coaching skills often go amiss because the one in the coach’s role probably never received great coaching himself or herself. Nor have they been educated to become a great coach. It would be like taking Sammy Sosa out of the line-up and making him the Chicago Cubs’ manager the next day. It would be a similar kind of fiasco if a company promoted a salesperson to vice president of sales without the training and education to be a great manager. Later, the CEO wonders what is wrong with sales. Amazing!

Great coaching is about as rare as 70 home run seasons. It’s too bad because it hurts revenues—and peoples’ productivity in the workplace.

About the author
Bill Blades is a professional speaker and consultant specializing in sales and leadership issues. He is based in Scottsdale, Ariz., and can be reached at (480) 563-5355, (480) 563-0515 (fax), email: bill@williamblades.com or http://www.williamblades.com.