Iran is facing disaster if further measures aren’t taken quickly to help some 37 million people hit by the worst drought in more than 30 years, United Nations (UN) agencies warned last August. People urgently need drinking water and many have lost their livestock or crops as a result of the drought, UN expert Vladimer Sakharov told the press.

Sakharov, in Geneva after a 17-day mission to Iran, said that Iran’s situation was “unique and unprecedented,” being the combined result of two consecutive years of drought.

“The extent of this year’s drought could not be foreseen and the situation is only likely to get worse,” he said. “Rains are 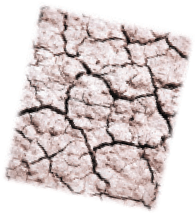 expected only in November, even if sporadic rains come earlier they would not resolve anything. If no appropriate measures are taken now very quickly, we—all of us, Iran of course, and the international community—would all face a fully fledged disaster,” he added.

Sakharov visited Iran from July 22 to Aug. 8, 2000, as part of a multi-agency team of experts, which also included representatives of the UN Children’s Fund, the World Health Organization and the Office for the Coordination of Humanitarian Affairs (OCHA).

Lack of proper distribution
While water was available in the country, Sakharov said, the greatest problem was bringing it to those in urgent need. Mobile water tankers cost about US$50,000 and some 10,000 tankers were needed in Iran (see FYI). 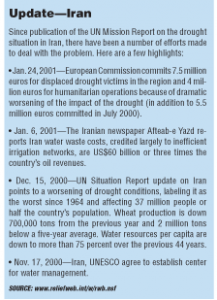 Meanwhile in Tehran, the UN warned time is running short to cope with Iran’s worst drought since 1964 and called for the immediate shipment of international aid to avert a catastrophe.

Local UN Director Francesco Bastagli released the final report of a UN fact-finding mission, which concluded that the “magnitude of the drought is overwhelming” and its effects could be felt for generations to come.

“Iran is the country in the region best equipped to face these emergencies,” Bastagli told a press conference, noting the drought has also devastated nearby Afghanistan, India, Pakistan and Tajikistan.

He praised Iran’s attempts to stave off the crisis caused by the second straight year of drought but the UN report concluded that “in spite of the government’s efforts, its resources are already overstretched.” The drought has been a sensitive issue for Iran’s political system, which is accepting international aid for only the second time since the 1979 Islamic Revolution.

The cost could run into hundreds of millions of dollars, with UN officials calling for emergency shipments of some 20,000 water tankers and thousands of miles of pipelines, as well as pumps and tons of chemicals.

No end in sight
But the 70-page report indicates even immediate shipments would provide only temporary relief, warning that a “vicious circle of disruption” caused by the drought is leading to “a scenario of critical human suffering.” The facts and figures are chilling. More than 50 percent of the population is affected some way or another by the drought.

Some 80,000 heads of livestock are already dead, and many other animals purchased from drought-stricken farmers by the government to ease their financial crisis have had to be put down because of starvation.

The report also warns that more than 60 percent of Iran’s rural population may be forced to migrate to the cities, putting city-dwellers at greater risk of disease and straining resources in urban centers. 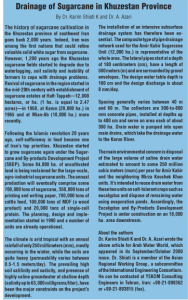 Dwindling water sources
Land available either to raise animals or plant crops is shrinking, while thousands of wells and water canals have simply dried up in the blistering heat.

Meanwhile, Iran is likely to face an additional burden as the drought-stricken nomads from neighboring Afghanistan cross the border in search of water and pasture.

These migrations will have “serious, social, economic, political and environmental ramifications,” the report said. The government has pointedly said it wasn’t asking for assistance from abroad but would accept it if offered, and violence has sometimes erupted in the provinces hardest hit by the crisis.

Conclusion
Perhaps worst of all for the Islamic Republic of Iran is the report’s conclusion that even a normal amount of rainfall in autumn 2000 and winter 2001 will do nothing to keep the crisis from extending into this year. With water tables depleted to catastrophic levels, international emergency aid can only help prevent an already disastrous situation from getting even worse in the short term.

The history of sugarcane cultivation in the Khuzestan province of southwest Iran goes back 2,000 years. Indeed, Iran was among the first nations that could refine valuable solid white sugar from sugarcane. However, 1,200 years ago the Khuzestan sugarcane fields started to degrade due to waterlogging, soil salinity and inability of farmers to cope with drainage problems. Revival of sugarcane in the region started in the mid-20th century with establishment of sugarcane estates at Haft-Tappeh—12,000 hectares, or ha. (1 ha. is equal to 2.47 acres)—in 1950, at Karun (20,000 ha.) in 1965 and at Mian-Ab (10,000 ha.) more recently.

Following the Islamic revolution 20 years ago, self-sufficiency in food became one of Iran’s top priorities. Khuzestan started to grow sugarcane again under the Sugarcane and By-products Development Project (SBDP). Some 84,000 ha. of uncultivated land is being reclaimed for the large-scale, agro-industrial sugarcane units. The annual production of the project will eventually comprise some 700,000 tons of sugarcane, 350,000 tons of printing and writing paper, 700,000 tons of cattle feed, 100,000 tons of MDF (a wood product) and 20,000 tons of single-cell protein. The planning, design and implementation started in 1990 and a number of units are already operational.

The climate is arid tropical with an annual rainfall of only 250 millimeters (mm), mostly occurring in the winter, while the soils are quite heavy (permeability varies between 0.5-1.5 meters/day). The prevailing high soil salilinity and sodicity, and presence of highly saline groundwater at shallow depth (salinity up to 63,000 milligrams/liter), have been the major constraints on the project’s development.

Key role of drainage system
The installation of an intensive subsurface drainage system has therefore been essential. The composite type of pipe drainage network used for the Amir Kabir Sugarcane Unit (12,000 ha.) is representative of the whole area. The lateral pipes start at a depth of 180 centimeters (cm), have a length of 500 meters (m) and are surrounded by gravel envelopes. The design water table depth is 100 cm and the design discharge is about 8 mm/day.

Spacing generally varies between 40 m and 60 m. The collectors are 300-to-800 mm concrete pipes, installed at depth up to 400 cm and serve an area each of about 300 ha. Drain water is pumped into open main drains, which take the drainage water to the Karun River.

The main environmental concern is the disposal of the large volume of saline drain water estimated to amount to some 250 million cubic meters (mcm) per year for Amir Kabir and the neighboring Mirza Kouchek Khan units. It’s intended to reuse the drain water from these two units on salt-tolerant crops such as eucalyptus and then dispose of the remaining water using evaporation ponds. Accordingly, the Eucalyptus and By-Products Development Project is under construction on an 18,000 ha. area downstream.

About the authors
Dr. Karim Shiati K and Dr. A. Azari wrote the above article for Arab Water World, which appeared in its September/October issue. It’s reprinted here with permission of the magazine’s publisher. Dr. Shiati is a member of the Asian Regional Working Group, a subcommittee of the International Engineering Consortium. He can be contacted at YEKOM Consulting Engineers in Tehran, Iran: +98-21-899362 or +98-21-893815 (fax).