Summary: Little has created quite the stir MTBE has in regard to air and water quality. Ironically, a solution for one is the source of problems for the other. MTBE’s insolubility, slow degradation and ability to move quickly in ground and surface water have served to heighten importance of eliminating it from drinking water systems and wells. 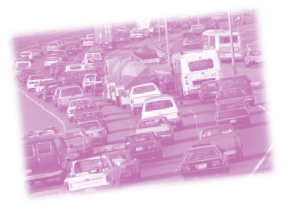 Recent cause for concern over chemical contamination discovered in ground and surface water supplies, centers on a fuel additive mandated over 10 years ago to help gasoline burn cleaner. An important question to answer is—what is it and where is it coming from? The compound seeping into water supplies is known as methyl tertiary-butyl ether (MTBE), which is a fuel oxygenate whose use is required in heavily populated urban areas.

By the end of 1980, lead additives in gasoline had been completely phased out and replaced (for the most part) by MTBE. It’s a more efficient additive than lead and it encourages the fuel to burn more smoothly. Up until recently, MTBE was used in at least 85 percent of all reformulated gasoline and accounts for at least 10 percent of the entire gasoline mix.

In 1990, when Congress passed the Clean Air Act, reformulated gasoline became a requirement for the states exhibiting the worst smog problems. Some states, including Massachusetts, voluntarily chose to use the reformulated gasoline in an effort to reduce air pollution. The two percent increased oxygen content in reformulated gasoline not only improves combustion, but reduces automobile emissions of carbon monoxide, thereby allowing the gasoline to burn “cleaner.”

MTBE backlash
Unfortunately, 20 years ago, the risk associated with this additive. Potential problems were underplayed because of its benfits, namely, the use of oxygenated compounds in gasoline to combat smog. According to the U.S. Environmental Protection Agency (USEPA) Office of Air and Radiation, recent testing by the U.S. Geological Survey detected MTBE in almost 20 percent of groundwater in reformulated gasoline areas. In comparison, non-reformulated gasoline areas contained only 2 percent of detected MTBE. Since MTBE is a water-soluble component, it’s is less readily “absorbed” by soil and has a tendency to “run” in water. Ultimately, this means that any MTBE that has seeped into the ground—often from leaking underground storage tanks—can continue to spread.

Because of the chemical makeup of MTBE, the ramifications of gasoline spills and leakage are greater than originally thought—not to mention use of watercraft like Jet Skis that commonly employ inefficient two-stroke engines and are enjoyed on reservoirs that double as community water supply sources. Unlike gasoline, which may remain in the soil, the MTBE additive can separate and move on. Results obtained by the USEPA have shown that states using reformulated gasoline and exhibiting high concentration readings of MTBE in water supplies were usually found to have had fuel spills, leaking fuel storage tanks and/or pipelines. The USEPA—lead by the state of California—has curtailed use of MTBE in gasoline and a phase-out is planned. That, however, may not solve your immediate problem if you’ve discovered MTBE in a client’s water supply.

What to do
How is it determined whether or not a problem exists within a municipality’s or a well owner’s water supply? Or, how does the general public learn of this? Certain steps can be taken:

There are guidelines mandated by the 1996 SDWA Reauthorization that list the frequency with which water should be tested. Municipalities with their own water department frequently publish such guidelines in local newspapers either as a legal advertisement or as a public service; a telephone call or visit to such an office will provide the local viewpoint on frequency of testing.

Since MTBE can exist in water without an indication of smell or taste, the possibility of MTBE contamination in water cannot be disregarded. MTBE exudes a taste and odor when it reaches a range of 20-to-40 parts per billion (ppb).

Testing can and should be done, especially in parts of the nation that have used reformulated gasoline in the past or are known to have problems, whether large scale or moderate, with MTBE.

Conclusion
If a problem with MTBE contamination does exist, municipalities can have specific remediation done to remedy the problem. Individuals can also utilize remediation companies to restore well water areas. Qualified point-of-use/point-of-entry water treatment professionals can employ a variety of means to significantly reduce the contaminant in drinking water. MTBE doesn’t go away by itself, and it can worsen and spread. The best protection against MTBE contamination is locating it and using the proper remediation methods for elimination.

About the author
David Kahler is president of GeoLabs Inc., a large privately held laboratory in Braintree, Mass. GeoLabs offers environmental services for commercial, industrial, government and business clients, performing volatile and semi-volatile organic compound analyses as well as those for metals, pesticides, PCBs, petroleum hydrocarbons and herbicides on air, water, soil and wastewater. Kahler can be reached at (781) 848-7844, (781) 848-7811 (fax) or email: dkahler@geolabs.com.