Changing with the Times: The Evolution of Faucets 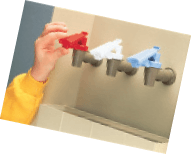 With the countless changes that have taken place in the design and function of water coolers, even the cooler faucet itself has been required to keep up with the times.

Color & other options
Some of the changes were easy to accommodate, such as switching from the “industry tan” to more contemporary colors such as almond, black and white. In fact, many of these aesthetic changes reflected what consumers were buying in appliances—colors such as harvest gold and avocado green in the 1970s to the retro-fashion neons and silver stainless of the 1990s and beyond.

Other requirements that cropped up had existed for the product from the beginning. These included FDA-grade materials, NSF approval and ease of cleaning. Therefore, when California’s Proposition 65 was enacted a few years ago, many faucets already fit the bill. In fact, these cooler faucets can be easily disassembled, thoroughly cleaned, then re-assembled by hand without any tools required. Proposition 65 also required manufacturers to eliminate lead from anything coming in contact with water, coffee, etc. This resulted in requiring tubing to be made of plastic, stainless steel, etc.

Every cooler manufacturer has their own unique designs and specifications that require a wide range of inlet options: male threads of varying lengths; female threads in different sizes; various flange styles, and sealing requirements. Some faucets are sealed with an o-ring, some with a grommet and some with a washer, etc.

Child-proofing it
Early on, the easy-to-activate “flipper handle” appealed to both cooler manufacturers and end-users. Early advertising even showed a butterfly landing on the handle to start the flow of water. Customers with arthritis and similar ailments found this type of activation very user-friendly.

It soon became apparent, however, that there’s such a thing as too user-friendly! Instances of unwanted water dispensing began to crop up as children seemed fascinated by the idea of flipping the handle and watching the water pour out. From where the faucets are mounted on water coolers, it’s easy for children to reach and activate the faucet.

Eventually the situation turned serious when accidental dispensing of very hot water caused injuries. The cooler manufacturers were called upon to make their products safer and eliminate this problem. This would require a 180º reversal from an easy-to-activate valve to a design that children would find much more difficult to activate.

Early trials
Initially the handle was modified to a two-piece part, with a spring holding the parts apart. Activation would only occur when the two parts were squeezed together, and the handle pressed down while in that position. Should a child or anyone else simply press the handle down, it didn’t activate the flow.

Of course, the ultimate solution wouldn’t be that simple. Frustrated at being unable to get the water flowing, children discovered that by forcing the handle back towards the cooler as hard as they could, water would trickle out of the faucet.

The design engineers went back to the drawing board and a “post” was added where the handle and stem come together. This prevented anyone from being able to force the handle backwards and kept the handle in a more or less vertical position.

Abandoning the handle, it was then determined that unscrewing the entire upper assembly caused the water to pour out. Originally, this had been considered a good feature, since it made cleaning easier.

Easy cleaning
Now, small nibs were added to the bottom of the bonnet to help inhibit unscrewing the upper assembly. The nibs catch on a stopper molded into the faucet body. The upper portion of the valve can still be removed for cleaning; however, an inadvertent unscrewing is very unlikely.

The development of this tamper-resistant, faucet has been very significant to the water cooler industry. Ongoing cooperation, testing and feedback by all parties kept the development process going and made the final product a huge success for all parties involved.

Disabled-friendly
Once the faucet had become accepted as an industry standard, manufacturers were sent in another direction. With legislation such as the Americans for Disabilities Act in mind, how could the faucet be modified to make it easier to use than even the original design allowed for?

The answer was found by swapping the flipper style handle with a bail style handle. This new handle allows the flow to be activated by simply pressing a cup against the cross-section of the handle. This encourages one-hand operation with a straight forward-and-backward motion. This concept proved popular in households and areas where the safety features weren’t required.

Other applications
Yet another modification came about to enable carbonated water to be dispensed from a special unit. To accomplish this, internal parts of the faucet had to be changed so that 45 pounds per square inch (psi) of pressure could be handled. Furthermore, a special “flow anti-splash restrictor” had to be installed in the spout to prevent a wide spray when the faucet was activated.

Some manufacturers have tested the concept of dispensing water out of bag-in-box type units. As such, some faucets were modified so they could be attached directly to the bag. The trick here was to ensure the bag would be able to re-seal itself when the faucet was removed. This meant working with both the cooler manufacturer and the bag manufacturer to come up with the desired product.

Conclusion
As this industry continues to evolve and expand, more changes and requirements are certain to occur. Such seemingly simple components as faucets can be integral to the success of a particular product line, be that a cooler, crock dispenser or bag-in-box packaging.

About the author
Gary M. Strunak is the national sales manager for Tomlinson Industries’ No-Drip product line. He is responsible for all No-Drip sales in the United States and Canada. Strunak has been with Tomlinson since 1979. Tomlinson has been a supplier to the bottled water industry since 1958. He can be reached at (216) 587-3400 or (216) 587-0733 (fax).