Another Spring Break in Florida: The Water Treatment Industry Gathers for WQA Show in Orlando March 27-31 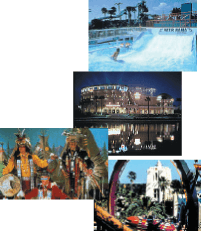 The last time Orlando, Fla., hosted the Water Quality Association’s annual convention was 1992. There were 3,589 attendees, 21 educational sessions, 31 speakers and 209 companies occupying 393 booths. The association also celebrated the burning of the mortgage to its headquarters in Lisle, Ill.

At the time, the WQA was in the middle of its battles in California over softener bans in Escondido and Santa Maria and the tone was anything but conciliatory as evidenced by then WC&P editor Darlene Scheel’s Viewpoint “Value of Compromise Ignored by Santa Maria” on coverage of the show. The WQA later won lawsuits on the issue as well as appeals in March 1997 that seemed to make the issue moot. Current rumblings in California, despite a 1999 legislative compromise to allow restrictions under detailed conditions, prove the issue merits perpetual attention. 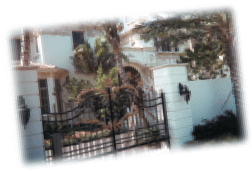 Also then, the country was just coming out of a recession, whereas many today—at the time of this writing—felt the United States might be headed for a recession as the economy slowed rapidly in the final quarter of 2000. Still, it’s hoped the Federal Reserve’s easing of interest rates in January would restore a sense of optimism.

Optimism is something of which the point-of-use/point-of-entry water treatment industry can’t be found lacking.

A positive outlook
The Orange County Convention Center hosts the 27th Annual WQA Convention & Exhibition, March 27-31. The center, which has been updated and expanded since the last convention here, now offers more than 1.1 million square feet of exhibition space. Coming off a rejuvenated convention in Long Beach, Calif., that drew more than 4,000 people a year ago, the popular Florida vacation spot and its many attractions are expected to provide a boost in attendance once again.

WQA educational program coordinator Anne Parissidi noted that there will be more than 70 speakers and 55 educational sessions offering 1.9 possible continuing professional development (CPD) units for recertification and 1.6 CPDs on commercial/industrial issues. “This represents the most educational offerings at any WQA convention to date,” she said.

Jeannine Collins, WQA meetings & conventions director, said in January pre-registration was running at least equal to last year as were exhibitors: “We’re finding a number of companies taking larger booths than they did last year, which seems to be a trend. And we’re seeming to get more booth requests later now, which bodes well.”

Collins said the entertainment will be highlighted by Mary Wilson and the Supremes at the Friday annual dinner and a visit to Universal Studios for the Saturday night event, while motivational speaker Keith Harrell will give the keynote address at the opening general session. Tours include the Kennedy Space Center and Historic Church Street Station. And an hour has been cut off the trade show on Saturday for those that would also like to visit Sea World, Busch Gardens or Disney World.

“We’ll close the trade show at 1 p.m. instead of 2 p.m., trying to keep in mind that if people want some free time they can take the afternoon off,” Collins said. “Of course, many people might schedule vacations before or after the convention to take advantage of all the tourist activities in the area.”

Trouble brewing
Meanwhile, WQA technical director Joe Harrison pointed out technical committees and task forces would be busy with issues of the Water Quality Society, magnetics and commercial/industrial treatment. The key “hot button” topic, though, likely is to be the impact of new chlorine standards issued by the California Department of Health Services.

“The USEPA (U.S. Environmental Protection Agency), when it issued its Disinfectants/Disinfection By-Product (D/DBP) Rule, included what’s called an MRDL—maximum residual disinfection level—for chlorine, chloramine and chlorine dioxide. Their interpretation is that it then becomes a primary drinking water standard. And what it triggers in states like California is chlorine reduction claims are now health claims. As such, they’re saying a host of simple filtration products are now subject to California’s product certification program,” Harrison said.

This not only would require recertification of a number of products in California but also rewriting a number of ANSI/NSF standards for simple filtration products that may have been only for improving taste and odor but also remove chlorine, i.e., Standard 42: Drinking Water Treatment Units—Aesthetic Effects. This is unrealistic, according to the WQA, because the MRDL at 4 mg/L is twice that of what’s generally found in municipal supplies: “Swimming pool water is at 1-2 mg/L, tap water is generally around 1 and, for NSF 42, we feed 2 mg/L in for testing. The whole thing is unreasonable to us.”

In the end, Harrison said, it also would be very expensive and discourage companies from certifying their products—which is contrary to WQA and USEPA goals. He said he’s spoken with USEPA Office of Groundwater and Drinking Water director Cynthia Dougherty on the subject and he and WQA public affairs director Carlyn Meyer planned to meet with officials in California in mid-January as well to try and reach some resolution to the problem.

Other business
In other business, Harrison said a new education director will likely be hired by the convention to replace Judy Grove who’s now working as a consultant to the WQA through her own business, Pro-Write Services. There also likely will be several “Emeritus” candidates announced for that new award. Work continues on updating the Certified Installers exam and translating the Certified Water Specialist exam into Spanish, although it wasn’t clear if they’d be ready for the convention.

The WQA has a proposal from the University of Connecticut to do a two-year study on septic tanks and water softener discharge that begins with a literature review. A Ray Cross-funded study of health effects of trace minerals in water at Michigan Technological University has been delayed a year because of turnover there. And WQA plumbing code consultant Pat Higgins has identified a company that works with a meter manufacturer willing to help pursue the fixture flow rate study.

Conclusion
While March madness will be in full swing—as it is every year—with the NCAA basketball tournament during WQA convention week, there will be no hoops at all in Orlando as the Orlando Magic are away for both games during the convention. Ironically, the NCAA men’s finals will be in Minneapolis while many employees of the numerous water treatment manufacturers based there will be in the Sunshine State.

Granted, there will be more than enough issues that emerge, educational sessions to attend, sights to see, and old and new friends to catch up with during the convention. That’s a constant to look forward to every year.