CODEX Do We Need to Worry?

Editor’s note: Re: the NSF WHO Hard Water and Nutrition Symposium, the Codex Alimentarius Commission was created in 1963 by FAO and WHO to develop food standards, guidelines and related texts such as codes of practice under the Joint FAO/WHO Food Standards Program. The main purposes are protecting health of the consumers and ensuring fair trade practices in the food trade and the promotion of coordination of all food standards work undertaken by international governmental and non-governmental organizations. In June, the Codex Drinking Water Guidelines Group will meet in Geneva; it appears a foregone conclusion that it will determine that water is a source of nutrition for calcium and magnesium and that the two elements are necessary to prevent cardiovascular disease. Neither science nor research-to-date supports this conclusion. 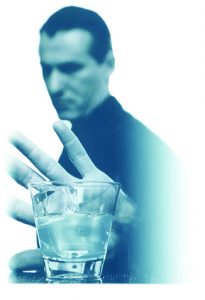 Many people are contacting NHFC (National Health Freedom Coalition), asking why Americans should be worried about the new Codex Vitamin and Mineral Guidelines adopted in Rome on July 4th, 2005. Amazingly, the impression some nutritional spokespersons are giving to the public is that there is nothing to worry about in the U.S.

Product companies are being reassured that: “American consumers still have full access…”; “consumer access to dietary supplements in the US is not in danger…”; and “The adoption of final Codex Supplement Guidelines…does not threaten the freedom to access dietary supplements and information about supplements that are guaranteed in the US…”

NHFC encourages health freedom advocates to look at the situation from the perspective of the global community and as members of a changing world. The above comments, although potentially technically true for now, could misrepresent the gravity of the danger we are now facing regarding the preservation of our domestic laws, including our supplement laws. Like a person huddling in the basement during a tornado thinking they are safe, when they emerge they may find complete devastation. If the global community continues to attempt to restrict access to dietary supplements by setting maximum upper limits and mandatory risk assessments like drugs, then we are realistically located in the eye of a devastating storm and the reassurances that we are safe are unrealistic.

The world is moving towards a global economy. Well-intentioned people, and some maybe not so well intentioned, are at global tables making agreements that impact many internal domestic laws. They are not only making agreements that countries could eventually adopt into law, but they are setting global policies and attitudes that will impact decisions of the future.

In addition to global bodies such as United Nations (UN), World Food and Agricultural Organization (FAO), World Health Organization (WHO), and Codex, there are global trade agreements such as WTO, CAFTA, and NAFTA which come into play regarding products and trade. Trade agreements are important because inside their agreements they refer to international standards and guidelines such as Codex as the proper guidelines that their member countries must use when shipping products. Trade agreements are enforced by special committees to encourage compliance or by dispute resolution bodies to levy sanctions on countries.

Most trade agreements have gone beyond simple schedules for reducing tariffs and duties on products and have developed into policy-setting agreements of how countries should all get along regarding money matters. Setting policies is a powerful springboard for moving agendas through bureaucracies. For example, one main policy goal of the WTO is the harmonization of trade practices encouraging countries to use international standards whenever possible to avoid discrimination and competition issues. The policy of harmonization has infiltrated many aspects of world trade. One wonders what these agreements would look like if their underlying public policy were to promote diversity and protect sovereignty instead of to harmonize the world trade.

Whether our membership and adoption of WTO, CAFTA, and NAFTA, will play out in a manner that challenges our DSHEA law is yet to be seen. Some critics of Codex and world trade agreements point out that DSHEA might be challenged by an importing country as an unfair law that poses a “technical barrier to trade” because it poses unfair competition to countries that import their low-dosage Codex products to us. Others warn that international guidelines will provide political fuel in Washington to force a revision and watering down of DSHEA to a more restrictive law that is more in line with the global trade community.

Whatever the future, we cannot afford to view the situation from a purely domestic national perspective. International law and public policy impacts our daily lives and the future of our home planet. It is being adopted by individual countries more each year.

Many people are worried about “globalization” because they believe we will lose sovereignty and our historical diversity. Some people want to disband global bodies such as the United Nations and Codex. Others want to rescind agreements such as World Trade Organization, NAFTA and others. These are all important questions to ask ourselves.

While these bodies exist, health advocates need to be at the table in an effective and professional manner and at all levels, including the very beginning development stages of each public policy so as to impact the discussion on behalf of the people. It is often too late to stop the machine of huge international meetings and assemblies if we have not been all along building the relationships we need to preserve our domestic diversity and freedoms.

Right now, and immediately, we need to make a plan to make sure we are represented at international tables that set public policy and laws. If we don’t we will live under whatever develops regionally and internationally without us.

Should Americans be concerned that a global body of scientists will decide maximum upper limits of vitamins and minerals for products being shipped overseas? I would say if one were committed to health freedom, consumer maximum options, and consumer health, then definitely ‘YES’. Individuals and corporations that have these values and insight are committing significant resources to promote the adoption of American DSHEA philosophy and concepts throughout the world.

Low mineral intakes from foods and water are common in many parts of the world. Today, sub-clinical deficiencies of iron, zinc and calcium prevail in the developed and developing world. Although dozens of geographical studies have been conducted on minerals in drinking water and their relationships to various diseases, the daily intake and the status of deficiency as well as their health consequence are still largely unknown.

…Soft water is commonly consumed in most parts of Asia. The levels of calcium, magnesium and zinc in drinking water are usually low. Several epidemiological investigations on the possible associations between the risk of esophageal, gastric, rectal and colon cancers and minerals in drinking water, in particular hardness have been reported in Taiwan. These case-control studies showed excess risk of several types of cancers in relation to the use of soft water…

Hypertension is a complex, heterogeneous disorder whose exact etiology is unknown. The difficulty in ascribing an independent role to a single dietary constituent in blood pressure regulation may be due to interactions among nutrients that influence blood pressure…

The relation between trace element levels in drinking water and cognitive function was investigated in a population-based study of elderly residents (n=1,016) in rural China. There was a significant quadratic effect for calcium and a significant zinc-cadmium interaction. Cognitive function increased with calcium level up to a certain point and then decreased as calcium in water continued to increase…

The U.S. diet is low in magnesium and with modern water systems, very little is ingested in the drinking water…

(Dr. Ong’s paper is available in its entirety on the Codex website, www.codexalimentarius.net).

About the author
Diane Miller is an attorney, dedicating her legal talents to health freedom. As Legal and Public Policy Director of the National Health Freedom Coalition and National Health Freedom Action, Miller is active in providing information and resources to health freedom decision-makers across the country. As chief drafter and lobbyist of Minnesota’s Freedom of Access to Complementary and Alternative Health Care Act 2000, she helped pave the way for citizen access to unlicensed health care practitioners and treatments of choice. Her national and international work to design laws and public policies includes her leadership role regarding international trade guidelines of Codex Alimentarius for vitamins and minerals. Her degrees in chemistry and medical technology and her legal training as a professional mediator and attorney bring much to the table when participating in the creation of new models of law.

About the organization
National Health Freedom Coalition was founded in the belief that individuals have the right to self-determination in making their own health care choices. However, when health care options are eliminated through restrictive laws and regulations, choices are eliminated and access becomes meaningless. When this happens, the people suffer and must work to protect their rights and retain their options. Contact the organization at 2136 Ford Parkway, PMB 218, St. Paul, Minn. 55116. Phone: (651) 690-0732; fax: (651) 699-8306; email: similars@aol.com; website: www.nationalhealthfreedom.org.