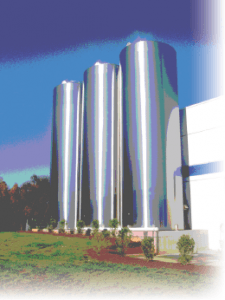 Introduction
Contamination of the Unites States’ food supply by domestic or foreign terror groups is a threat that has the potential to cause mass morbidity or even mortality. In this era of newly heightened security, the food industry must further strengthen its long-standing commitment to product safety by hardening systems to protect consumers against biological and chemical attacks. 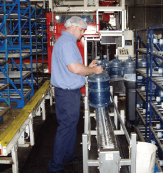 On December 17, 2003, President Bush signed Homeland Security Presidential Directive 7 (HSPD-7), which established priorities for protecting key infrastructures in the U.S., including the food supply. As a result, the U.S. Food and Drug Administration (FDA), U.S. Department of Agriculture (USDA), and U.S. Department of Homeland Security (DHS) have begun to meet with a host of industry associations, including the International Bottled Water Association (IBWA) to spread the word about food defense. It is critical that bottlers, distributors and suppliers of bottled water understand the latest government regulations for food defense; develop preventive measures against an attack and embrace their critical role in the event of a terrorist attack threatening public safety through the food and drinking water supply. Every bottled water company should develop a bottled water facility-specific security plan and take a look at their preparedness during daily plant inspections, and use their routine monitoring data to watch for unusual events.

Evaluating potential threats
After the terrorist attacks of September 11, 2001, the federal government identified the U.S. food supply as a potential target for terrorism after intercepting information from terrorist networks, including Al-Qaeda, about their interest in exploiting it in such a fashion. The FDA began an extensive assessment of food products to determine their security risks and vulnerabilities to attack. In the bottled water industry, mineral water, spring water and bottled water from a municipal source were all evaluated as potential targets, with specific focus on susceptibility during transportation, in storage and during processing.

Though the FDA considers the combined public threat by bottled water contamination a lower risk than many other foods, that agency published a 2004 report designating many food products, including certain types of bottled water, as high security risks. While DHS assures us that there is ‘no credible threat’ or specific target to be aware of, bottled water and other food industries must be very committed to the defense of the U.S. food supply.

In evaluating potential risks associated with bottled water, IBWA invited the FDA to train an industry task group in applying an assessment tool known as CARVER+Shock. CARVER+Shock is adapted from a methodology used by the U.S. military to determine the offensive desirability of a target to terrorists. However, when applied in reverse, it provides a procedure by which a food producer can better predict which facilities and processes may be desirable to terrorists as potential targets.

C—Criticality: Public health and economic impact to achieve the attacker’s intent.
A—Accessibility: The physical access to the target.
R—Recuperability: The ability of the system to recover from the attack.
V—Vulnerability: Ease of accomplishing the attack.
E—Effect: The amount of direct loss from an attack.
R—Recognizability: Ease of identifying a target.
Shock—The combined physical, public health, psychological and economic effects of an attack. 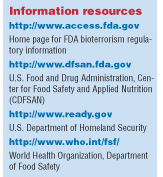 Processing
For many years, the bottled water industry has embraced a multiple barrier approach to water processing. Multiple barrier processing could include any combination of source monitoring and protection, filtration and disinfection. Some bottlers install redundancies, such as ultraviolet light and ozone, to help further assure the microbiological safety of the product. The multiple barrier process is most likely an effective countermeasure against biological agents introduced during an attack. The industry task group evaluated the common treatment practices employed by the industry to determine their effectiveness against agents. The group concluded that it is desirable to validate the effectiveness of most processes against agents by enlisting the assistance of government agencies such as FDA and DHS, and of the process equipment manufacturers themselves. The group is currently working with both entities to achieve these validation goals. Processes currently employed may be adequately protective, but the validation work, along with new emerging technologies, will enable the industry to embrace additional measures, if necessary, to further defend the products.

Conclusion
Most food security initiatives are currently voluntary and many manufacturers in the food industry are well-equipped to provide for defense of the nation’s food supply. There may, however, be legislative and regulatory efforts in the near future by federal and state governments to regulate food defense. The Bottled Water Task Group supports voluntary food defense strategies, while discouraging mandatory government intervention, by being proactive in implementing a sound food defense strategy. Individual companies are encouraged to attend training programs provided by IBWA and other organizations as part of their effort to establish a security program at their respective facilities. As a part of its Model Code, IBWA requires that every member facility develop a security program and write a food defense plan, including response procedures in the event of an attack, or response to needs for water as a relief effort for other attacks.

This is a vital task for the entire nation. Its success is dependent upon cooperation between all parties involved: food producers and distributors, food equipment manufacturers and suppliers, and federal, state and local government agencies. The process has begun quite successfully and needs to advance.

About the author
Bob Hirst is the Director of Education and Technical Relations for the International Bottled Water Association. This paper is based on a continuing education seminar Hirst has presented to hundreds of bottlers, distributors and suppliers nationwide, including at the WQA Aquatech 2005 show in Las Vegas this year. Additional presentations will be available in September at IBWA’s Annual Convention and Trade Show in Orlando, Fla. For more information, contact Hirst at (703) 683-5213, ext. 111, email: bhirst@bottledwater.org or visit www.bottledwater.org.