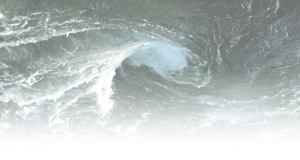 At the time of this writing, a week has elapsed since the tsunami disaster hit the coast of more than 11 countries bordering the Indian Ocean. The impact of this disaster on south Asia and Africa is incomprehensible; current estimates cite a death toll of over 140,000, one million homeless and five million affected. Experts fear that the death toll could double due to the emergence of infectious disease epidemics (defined as an excess of disease relative to the baseline level). Global humanitarian efforts and contributions are pouring into the region from individuals, corporations and governments with the goal of providing clean food and water, health care and infrastructure repair and development. At the Tsunami Relief Effort Conference held on January 6, $4 billion (U.S.) in aid was recognized. Will those efforts and dollars be enough to prevent the expected outbreaks of infectious diseases? The provision of clean water to affected communities is currently one of the primary foci of all relief agencies.

Tsunami facts
The south Asian tsunami is now known to have been triggered by a magnitude 9.0 earthquake hitting off the west coast of Indonesia’s Sumatra island on the morning of December 26, 2004. Scientists claim that it was caused by a movement of the tectonic plates on the boundary between India and Burma. A quake of this magnitude had not been reported since March 28, 1964 in Prince William Sound, Alaska. In fact, it is the fourth-strongest quake recorded since 1899, when record-keeping began. None of the larger quakes recorded, however, produced anywhere near the mounting death toll of the current tsunami. The deadliest earthquake in the recorded-era struck in China in 1976, officially killing more than 255,000 with estimates of the actual number of fatalities being 655,000. (For more information visit the U.S. Geological Survey (USGS) website at http://neic.usgs.gov/neis/bulletin/neic_slav_ts.html)

According to the USGS, the current tsunami struck southern Asia and the east coast of Africa (nearly 3,000 miles west of the epicenter), including Thailand, Indonesia, Maldives, Sri Lanka, India, Malaysia, Myanmar, Bangladesh, Somalia, Tanzania, Seychelles and Kenya. Indonesia and Sri Lanka are reported to be among the worst-hit countries. Infrastructure rebuilding and humanitarian needs are expected to extend over a decade.

Public health risks
Meeting basic hygiene needs is vital to thwarting major infectious and communicable disease epidemics. According to the World Health Organization, drinking contaminated water is now considered the core threat to public health in the region. Although waterborne illnesses are largely preventable, practical limitations are sure to complicate the delivery of critical treatments to many of those in need.

Drinking water sources may be directly contaminated by people bathing and/or defecating in them, or by damaged and leaking sewage pipelines. Lacking basic hygiene after the disaster, water containers, utensils and foods may become contaminated by unclean hands and rinse water. For some, visibly dirty water is the only water available. For others, water may appear clean, but could be contaminated by trace amounts of microscopic organisms.

In tsunami-affected areas, emergency health kits are being disseminated with water purification products included, along with supplies of bottled water, water containers and pumps. Where possible, tanker trucks of water are bringing clean water to survivors. Long-term water treatment efforts are being targeted to sustain a drinking water product after bottled water resources are exhausted. Drinking water wells contaminated with microbes can be chlorinated; however, those heavily contaminated with salt water must first be pumped out and allowed to refill from the fresh water aquifer. In some areas, such as the Maldives, there are literally no clean freshwater sources and water is being brought in by air and ships.

Insect vectors of disease are also a major concern. With the increase in stagnant pools of water, disease-carrying mosquitoes are expected to proliferate—an event that may not materialize for weeks as the life-cycle of the mosquito requires development time.

Waterborne disease microbes
Hundreds of types of viruses, bacteria and parasites can be transmitted by the waterborne route. Those of primary concern in the current situation have proven to be important contributors to infectious disease epidemics throughout the history of microbiology. The following is a descriptive list of the diseases and associative microbes of highest concern relative to the potential for epidemic outbreaks following the tsunami disaster:

Dysentery also known as shigellosis and caused by the bacterium Shigella (among others). Symptoms include stomach pain, diarrhea, fever and vomiting. Shigella are highly infectious, requiring only about 10 bacterial cells to cause disease, with an incubation of 12-50 hours. Some strains produce a potent toxin. It can be fatal due to dehydration and renal failure. The elderly and children are most at risk.

Typhoid caused by the bacterium Salmonella typhi. Symptoms include stomach cramps, nausea, vomiting, diarrhea, fever and headache. Incubation time is between six and 48 hours with symptoms typically lasting for days (or longer). Various organs may be affected and certain strains have a mortality rate of up to 15 percent in immunocompromised populations.

Cholera infection caused by the bacterium, Vibrio cholerae. Symptoms include stomach cramps, nausea and vomiting. Stools are marked with a rice water appearance. Illness can lead to severe dehydration, shock and death if rapid rehydration and electrolyte replacement therapy are not implemented.

Hepatitis caused by several strains of the hepatitis virus. Symptoms include fever, fatigue, nausea and stomach pain followed by jaundice several days later. The virus is excreted primarily in feces and has been associated with epidemics worldwide. The virus is endemic in many regions of the world. Poor sanitation and overcrowded conditions have been documented contributors of previous outbreaks. The incubation period may be as long as 50 days. Many infections do not result in clinical disease and recovery is typically within two weeks (Hepatitis A). Death is rare although Hepatitis E can be fatal in pregnant women.

Malaria caused by four types of Plasmodium parasites. Although preventable, infections can be fatal if left untreated. About one million people worldwide die of malaria annually. It is the leading cause of death in developing countries, particularly in Africa. Malaria parasites complete part of their life cycle inside mosquitoes, thus historical infection control programs often involve insect maintenance strategies. Malaria is endemic in many of the regions affected by the current tsunami disaster. Symptoms are flu-like, including muscle aches, headache, vomiting, diarrhea, chills and fever. If left untreated, some infections can result in kidney failure, seizures and death. Following infection, symptoms may not develop for an additional four weeks and possibly up to a year. Relapses in illness are also known to occur up to four years later. Prescription drugs are available for treatment.

Dengue fever caused by various serotypes of a virus known as Flavivirus. Also spread by a mosquito vector, dengue is primarily a disease of the tropics. Dengue is characterized by a sudden onset of fever and severe headache. Infection can lead to shock and hemorrhage followed by death. There are an estimated 50-100 million cases of dengue fever in the world each year. About 5 percent of those infected die. There is no specific treatment for infections of dengue.

Overcrowding of temporary residents, as commonly occurs in camps or relief shelters, increases the person-to-person spread of microbes, including respiratory infections like pneumonia. Malnutrition and trauma add to the immuno-compromised condition of the victims, potentially leaving them more vulnerable to infectious and communicable diseases, especially under poor sanitary conditions. Malaria and dengue are already endemic (commonly occur at a constant baseline level) to southeast Asia.

Although no major disease outbreaks have been reported, acute cases of respiratory infections, diarrhea, wound infections, food poisoning, malaria, dengue and other waterborne diseases are beginning to trickle in at the time of this writing.

Conclusion
While reports of infectious and communicable disease transmission in the wake of the tsunami disaster are just beginning and massive waterborne disease outbreaks are feared, the global humanitarian relief effort increases. Education regarding disease transmission and direct intervention via water treatment technologies are being initiated in the regions of impact in hopes of minimizing the waterborne route of disease transmission. As we saw recently, much needed donations from bottled water and water purification product manufacturers began arriving in affected areas within a day of the announcement. Large scale treatment systems, capable of treating a hundred thousand gallons of water an hour, have also been donated from members of the water treatment industry. If you have the resources to contribute, please consider doing so. Some of the simplest technologies available to us in the water treatment industry have the ability to save tens of thousands of lives.