Mergers & Acquisitions in the Water Industry, Part 3, After the Deal is Done — How to Make the Acquisition Work

Identifying, evaluating and consummating a deal is only the first part of the job in actually implementing successful acquisitions. After the deal is done, the real work of integration and operational implementation begins. And without a successful integration plan and a thorough commitment to make the two organizations fit together, the whole exercise may not succeed. 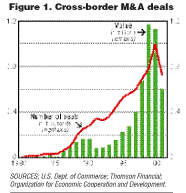 Avoiding the pitfalls
Scholarly studies demonstrate the majority of corporate acquisitions are unfortunately judged to be failures. Given the broad American business focus on continuous growth, it’s logical to wonder why so many acquisitions fail. Basically, acquisition-based growth strategies in the water industry fail for one of two reasons. First, in many cases, there may not really be a strategy behind the deal. For example, “get bigger” isn’t really a strategy, although that’s the only guideline that many water companies appear to have. If a simplistic and purely opportunistic approach like this is the only “strategic” guideline of a growth plan, then the plan isn’t likely to work. More common, however, is the situation where a company does have a logical and well thought-out strategy, but where it’s never exploited or fully realized because of insufficient management attention to critical aspects of post-deal integration planning, assimilation and communication.

Top management’s job is to develop a strategic vision and growth plan, but it takes a whole company to make an acquisition work successfully. There’s a big difference between the strategic vision of growth developed at the executive management level and challenges of translating that vision into a workable operating plan on a day-to-day basis in the trenches. The situation is like viewing the landscape from inside an airplane cruising at 35,000 feet vs. negotiating the actual terrain on foot. From the 35,000-foot executive perspective, the terrain may seem pretty flat and simple. For those “on the ground” charged with actually implementing the plan, however, there are invariably difficult mountains and valleys to negotiate in achieving the goal. 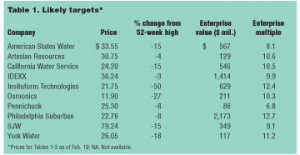 Meshing the pieces
Before two organizations are thrust together, there must be a strong integration plan if there’s to be any hope of achieving that elusive synergy — frequently cited but rarely accomplished. An effective integration process checklist can be divided into a few key factors:

The leader of this team needs to be someone who’s highly regarded and has some real authority to make and implement what can often be very difficult and sensitive decisions. Typically, this person will be drawn from the acquiring company (though not always) as management from the acquired company will typically know much more about the internal working of their own companies and where opportunities and real challenges may lie. This team should regularly assess its progress and schedule against the initial strategic implementation plan and should move to finish key elements in the plan as quickly as possible. Uncertainty and time delays are the worst enemies of the integration process, and can have an immediate negative effect on morale in both companies. Finally, this team shouldn’t be disbanded once it’s felt integration is complete. Issues will continue to arise and there may well be further acquisitions, requiring a group with some knowledge of how to mesh different organizations.

Merger and acquisition situations can be highly threatening to many people — on both sides of the transaction — and these sorts of anxieties and worries can actually cause many otherwise attractive acquisitions to quickly metamorphose into failures. Change can cause uncertainty or fear in any aspect of life; and, where there’s potential uncertainty regarding one’s compensation and livelihood, this fear can become all consuming quite quickly, especially if it’s not being directly addressed by top management. If people aren’t informed, they get worried, become less effective, and eventually begin to leave. And often it’s the most capable and talented people with the most ready opportunities to leave. The ultimate strength of any company lies with the talents and capabilities of its people; yet, many companies shoot themselves in the foot by failing to remember they need to be aware and responsive to the needs and concerns of their people.

Break the news fast
Management should make and announce the difficult or sensitive decisions quickly, even if they aren’t particularly popular. Employees will quickly gain more respect for a management team that addresses the difficult issues head-on, rather than one that waffles or sticks its head in the sand and tries to avoid the difficult but obvious personnel decisions. Management double-talk only makes the situation worse and hurts future credibility. It pays to be straightforward, even when the news is bad.

Conclusion
In summary, post-deal integration issues may not have the “thrill of the chase” — the glamour or allure that finding and putting together the deal has for many executives. Still, it’s every bit as important in the overall scheme of an acquisition-based growth strategy. Almost every company in the water business today is looking at the acquisition process from one vantage point or another, and no company is going to sustain an acquisition-based plan for long if it doesn’t also master the integration process. Successful acquirers treat integration as a critical and ongoing function of management. They learn from mistakes and strive to perfect a process to make future integration processes unfold more quickly and smoothly. Most important, the same top management team that designs and implements the acquisition strategy must also put their money where its mouth is, be communicative, highly involved and visible in championing the post-deal integration.

About the author
Steve Maxwell is managing director of TechKNOWLEDGEy Strategic Group, a Boulder, Colo.-based management consulting firm specializing in mergers and acquisitions, and strategic planning services to the water and environmental services business. Maxwell is also the editor and publisher of The Environmental Benchmarker and Strategist, an industry newsletter covering competitive and financial developments in the broader environmental services and water industry. He consults frequently to water companies on strategic planning and merger and acquisition issues, and can be reached at (303) 442-4800 or email: maxwell@tech-strategy.com.