By Kelly A. Reynolds, Ph.D. 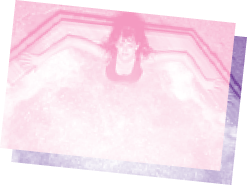 Numerous disease outbreaks have been associated with whirlpool baths and spas throughout the world. Typically, whirlpool baths are drained and cleaned between each use. Because of their therapeutic benefits, they are commonly used in hospitals and therapy units and often by immunocompromised persons, who are more susceptible to microbial infections. Spas, on the other hand, may be repeatedly used by multiple bathers and continually treated.

Although infected persons bathing in whirlpools and spas are capable of contaminating the water with just about any enteric pathogen (spread by the fecal/oral route), the primary microbial disease causing agents, associated with hot tubs, are the opportunistic—capable of infecting hosts with compromised immunity—pathogens, Legionella and Psuedomonas. These bacteria are naturally present, capable of survival in water systems, and able to proliferate under warm, moist conditions.

Routes of microbial infection from hot tubs may be either via aerosol mists, direct ingestion of the water or skin contact. The oral exposure route is minimized, relative to other forms of recreational swimming, due to the fact that submersion of the head under water is not routinely practiced. Still, the aerosol route may be increased due to the use of mist-producing jets for water circulation and massage.

Microbial pathogens found in whirlpools and spas
Legionella is the causative agent of Legionnaires’ disease and Pontiac fever. Both syndromes are characterized initially by anorexia (lack of appetite), malaise (a general feeling of discomfort), myalgia (inflammation and tenderness of the muscles) and headache. Within 24 hours, a fever and chills ensue. A nonproductive cough may occur and abdominal pain and diarrhea are seen with many patients. Respiratory failure is also possible, with a 15 percent fatality rate in hospitalized cases. Pontiac fever most commonly occurs in healthy persons and is a much milder form of the disease with no pneumonia or death. The infection is self-limiting in 2-5 days.

Over 28 species of Legionella cause disease, with L. pneumophila being the most prominent pathogen of the group. The disease is found worldwide with most cases in the summer and fall months. Legionella may be present in high numbers in waters as hot as 40°C (105°F). Hot water systems, air-conditioning cooling towers, and evaporative condensers have all been implicated in outbreaks, as have decorative fountains and retail store misters. The organism has been isolated from creeks, ponds and soils.

Transmission is thought to be via aerosol inhalation. Studies show that 1-to-20 percent of the general population have been exposed, according to serological studies.

Pseudomonas spp. are frequently isolated from moist environments and soil and cause significant illnesses, including pneumonia, urinary tract infections, and surgical and burn wound infections. Typically an opportunistic pathogen, persons at greatest risk in the community are those that have cystic fibrosis where lung infections are often fatal. While most infections are nosocomial (acquired in a hospital), milder forms of disease including swimmer’s ear and skin infections are frequently associated with recreational water breaks. Corneal infections and urinary tract infections have been documented following exposure to whirlpool baths and spas. Vision loss due to pseudomonal keratitis could occur rapidly (24-48 hours) if proper treatment is ignored.

A survey of 17 whirlpool baths from 16 nursing homes in two health districts in the U.S. showed that Pseudomonas aeruginosa was present in all after agitation. Although resultant infection was rare (only one of 253 exposed), the nursing home inspection unit advised that only continent residents with intact skin be allowed to use the bath.1 During 1991-1992 the CDC reported that, of the 34 outbreaks associated with recreational waters in 21 states, Pseudomonas dermatitis from hot tubs or whirlpools was the most commonly identified etiological agent with 12 outbreaks.2 Another survey of whirlpools found Legionella in nearly 66 percent of the 32 samples collected3.

Concern is mounting over the potential presence of disinfectant resistant microbes in recreational waters. Hepatitis A and Norwalk virus are known to survive free chlorine concentrations of 1 mg/L (1 ppm) at pH 7.5 and 25°C (77°F) for up to 16 minutes. Cryptosporidium has also been shown to survive the above listed conditions for more than six days4, allowing ample time for transmission to swimmers. Infections from Cryptosporidium are usually self-limiting in healthy individuals but may cause severe diarrhea and vomiting, and require hospitalization for supportive therapy (treatment is unavailable). Infections may be life threatening in immunocompromised persons.

The best method for maintaining a safe spa is to clean and disinfect with hypochlorite after each use. Although chlorine treatment is highly effective against bacteria, concentration levels must be maintained.

Prevention and control
At neutral pH, free chlorine kills most bacteria in minutes. However, many bacterial species are constantly being reintroduced, from users or the environment, to spa units, requiring diligent maintenance of proper disinfectant concentrations. The bacteria may come from various sources such as the hoses and plumbing used to fill the pools or biofilms in the filtration and jet systems in the pool. Even if proper disinfectant concentrations are kept, conditions of protective biofilm growth or the presence of resistant organisms may still be a problem.

Few studies have been conducted to evaluate the effectiveness of disinfectants on pathogen inactivation under typical conditions of hot tub use. Higher temperatures characteristic of hot tubs may decrease inactivation times of pathogens, but may also aid in the increased reduction of chlorine residuals due to evaporation. One study found that Cryptosporidium survived concentrations of 2 mg/L of free chlorine at 30°C (86°F) for up to 72 hours5.

The best method for maintaining a safe spa is to clean and disinfect with hypochlorite after each use. Although chlorine treatment is highly effective against bacteria, concentration levels must be maintained. One outbreak of follicular rash among 20 persons occurred when levels of free chlorine fell to 0.1 mg/L compared to the acceptable level of 0.9-1.2 mg/L, where no cases were reported6. Others have found that levels of 3.0 mg/L of chlorine or 6.0 mg/L of bromine were necessary to prevent rapid regrowth of the bacteria7. In addition, the time spent swimming or bathing correlates positively with disease incidence. The risk of acquiring Legionnaires’ disease increases by 64 percent for every hour spent in the spa water8. Persons gathered around the spa, but not immersed in the water, are also more likely to contract the illness.

A recent study evaluated the use of ozone, bromine, enzyme and chlorine sanitizers to inactivate bacteria in spas9. The researchers used the Standard Protocol 50 set by the National Sanitation Foundation (NSF), which requires a 3-log reduction of Enterococcus hirae and a 6-log reduction of Pseudomonas aeruginosa within 30 minutes. Conditions of the tub included a temperature of 104°F and the addition of baby oil and urea, to simulate bather use. The study found that ozone and an enzymatic sanitizer were not effective at reducing the number of bacteria when used as per manufacturer instructions. Bromine was effective, reducing E. hirae by the desired orders of magnitude within two minutes and P. aeruginosa within three. Chlorine was used as the control treatment and was the most effective agent.

Conclusions
Proper and consistent maintenance of effective disinfectant levels is crucial to ensure the safety of recreational and therapeutic spas. Severely immunocompromised individuals (HIV infected, transplant recipients, etc.) are advised not to swim in water that is likely to be contaminated, and to avoid swallowing water while bathing in recreational water4.

About the author
Dr. Kelly A. Reynolds is a research scientist and microbiologist at the University of  Arizona with a focus on the development of rapid methods for detecting human pathogenic viruses in the drinking water. She also has been a member of the WC&P Technical Review Committee since 1997.